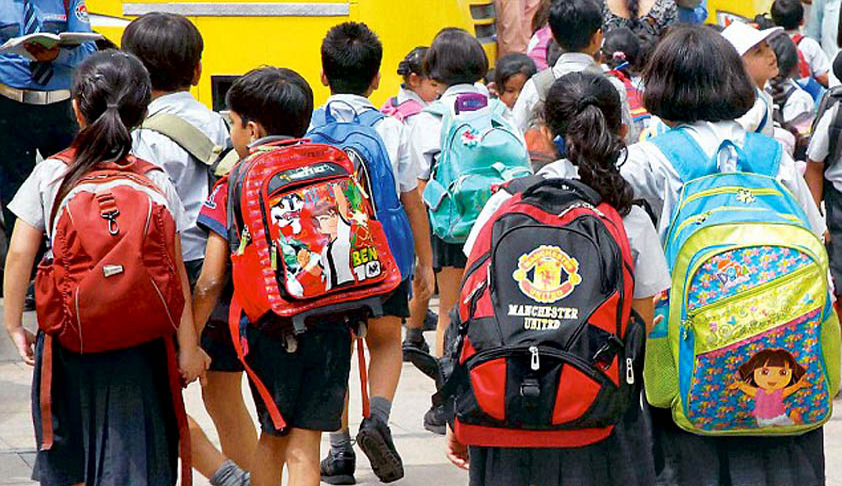 In a written reply to a question in the Lok Sabha, the Minister of State (HRD) has stated the following regarding the efforts undertaken by the government to reduce the weight of school bags.The government has received a number of suggestions to reduce the weight of school bags, including dividing books into two volumes. Several initiatives have already been taken in this regard and the...

In a written reply to a question in the Lok Sabha, the Minister of State (HRD) has stated the following regarding the efforts undertaken by the government to reduce the weight of school bags.

Besides, several state governments have also taken commendable steps in this direction. For example:

The Right of Children to Free and Compulsory Education (RTE) Act, 2009, specifies that the all-weather school buildings should have safe and adequate drinking water facility to all children. All states and union territories (UTs) have been directed to ensure that the provisions of the RTE Act, 2009, regarding drinking water is complied with and that all schools, including those under the non-government sector, have the provision for safe and adequate drinking water facility for all children.

The state governments and UT administrations are supported for creation and augmentation of infrastructural facilities, including construction of drinking water facilities in government primary and upper primary schools under Sarva Shiksha Abhiyan (SSA) Scheme. The state governments, UT administrations and local authorities are free to install Reverse Osmosis (RO) machines in schools based on requirement, to ensure provision of safe and pure drinking water to the children.

Under the scheme, drinking water facilities have been approved for 24,546 secondary schools till date.

The CBSE has also issued directions to schools affiliated to it to ensure adequate supply of potable and safe drinking water for everybody and counsel students not to bring heavy water bottle to schools.

The students of these schools need not carry extra pair of sportswear throughout the day and are allowed to wear it for the entire day.

Education, being a subject in the Concurrent List of the Constitution and the majority of schools are under the jurisdiction of the state governments, it is for the respective state/union territory government to take appropriate measures to reduce the weight of schools bags of the children studying in their schools.