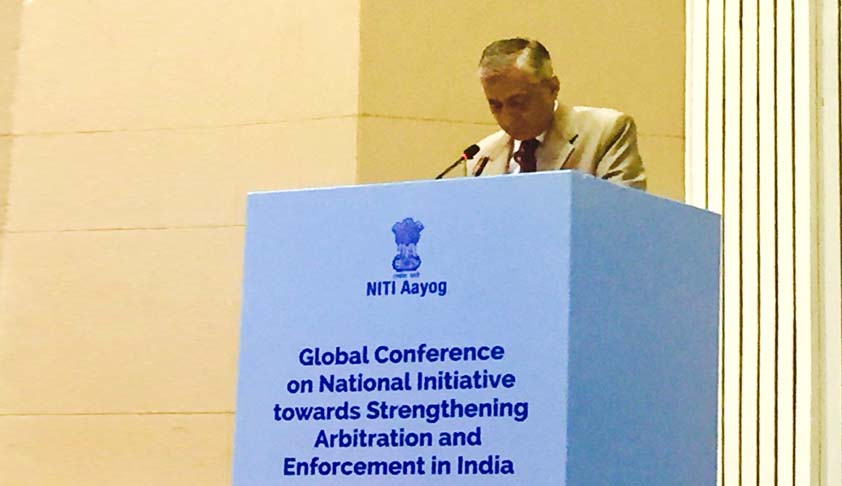 In some blunt speaking during the international arbitration conference, Chief  Justice T S Thakur  said in Delhi, five star hotels and clubs in plush Neethi Bagh had become the buzy arbitration centres in the absence of “credible” alternative institutions.

According to him this was because the performance of government sponsored International Centre for Alternative Dispute Resolution  (ICADR) was “dismal”.

ICADR works under the aegis of Ministry of Law and Justice, Department of Legal Affairs Government of India.

Here is what the Chief Justice said at the Global Conference On National Initiative Towards Strengthening Arbitration In India:  “In India we have just one institution for arbitration, the International Centre for Alternative Dispute Resolution ( ICADR).  In counties like China there are 300 who offer arbitral services…in India we have just about one that through government of India”.

“ICADR was established some 20 years back with a huge investment made by the government of India..that institution over a period of 20 years handed about just 20 cases which is a very very dismal performance with due respects to those who were handling that institute...but apart from them there are few other institutions in private sector in Bombay ..the result is that arbitration today is conducted by arbitrators and litigant public sitting in five star hotels and clubs like Neeti Bagh..they have become popular places mainly because there is no other institution...so the first requirement is to establish credible institutions"

He said Singapore is a preferred arbitration hub not because it has an impressive building or provides translation facility, but because of its legal framework.

Justice Thakur said the criticism that courts interfere in arbitral awards is not misplaced.