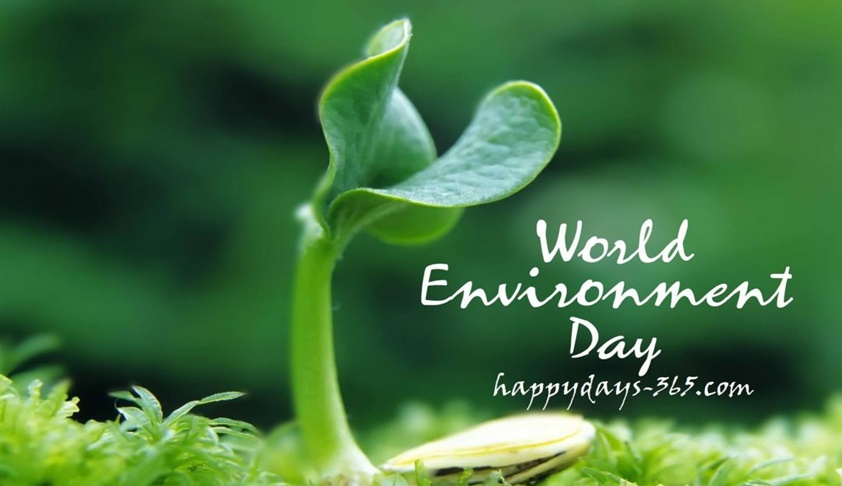 Nero, a great Roman emperor was known for his grand and élite feasts. Now, one such feast is fondly remembered by the great Roman historian Tacitus. The great Roman historian Tacitus who in his book, The Annals (XV, C.E. 62-65) notes: “(they) were doomed to the flames and burnt, to serve as a nightly illumination when daylight had expired. Nero offered his gardens for the spectacle.” However, the issue is not Nero. The issue is Nero’s guests. Who are Nero’s guests? P.Sainath, former Rural Affairs Editor at The Hindu, looks at and reports on farmers’ suicide and the clear inequality in India’s agrarian crisis in a documentary titled Nero’s Guests.

Media as a force can play an active role in forewarning people about environmental damages, corporate failure to meet its legal onuses, ingenuous analysis of new legislations and steps for protection and preservation of environment. The United Nations Conference on Environment and Development held in Rio de Janeiro, Brazil in 1992, popularly known as the Earth Summit, also adopted an action plan for Sustainable Development, Agenda 21. The Chapter 36 which is devoted to education states, that “Education is critical for promoting sustainable development and improving the capacity of people to address environment and development issues”. However, there is a need for changing the present media approaches and structure in Indian context.

To begin with we have the Coco-Cola Company case, where the Kerala police filed an FIR against Coca-Cola under the Scheduled Castes and Scheduled Tribes (Prevention of Atrocities) Act. The case was registered at Meenakshipuram Police Station against the company's all India head at Noida, Regional head at Kochi and the local head of the Plachimada unit, on a complaint lodged by Plachimada Samara Samithi. The Coca-Cola unit, which has been shut since 2004, has been accused of having depleted the water source, exploited and “wilfully polluted” the ground water of the Scheduled Tribes community called the Eravalas, at Plachimada, in Palakkad district, Kerala. The main occupation of the residents of this village is agriculture and farm labour. Women from the Vijayanagaram Colony in the village of Plachimada, protested that their wells had dried up because of the over-exploitation of groundwater resources by the Coca-Cola plant. They complained that they now had to walk nearly five kilometres twice a day to fetch water. They also argued that the little which was left was undrinkable and when used for bathing, the water burned their eyes and led to skin complaints. Health issues apart, the depletion of groundwater resources also affected the ability of local residents to raise their crops of rice and coconuts.

The most ironic thing about the whole sequence of events was the killing silence of media. It is worth noting at this juncture, that it is not the first time a big giant like Coca-Cola was being brought within the garb of controversy. This is not the only complaint. Coca-Cola and its subsidiaries have been accused of creating severe water shortages for the community by extracting large quantities of water for their factories, affecting both the quantity and quality of water in a number of districts of India.

There have been numerous public protests against the company’s operations throughout India, involving thousands of citizens and several non-governmental organisations. Protests against the Coca-Cola factories have taken place in a number of districts including Mehdiganj near Varanasi, Kala Dera near Jaipur, Thane district in Maharashtra and Sivaganga in Tamil Nadu.

Next falling in the line is the Narmada Bachao Andolan Case. The government of India came out with a plan to construct a series of dams over the Narmada river .Thus was started a multi crore project that would breed a big revenue for the government. The Indian government assured that the dams would help provide potable water for almost forty million people, irrigation for over six million hectares of land, and hydroelectric power for the entire region. The project focussed on so-called “collective good”, without paying any attention to the environmental degradation. The Narmada basin is almost 100,000 square kilometers in size and is home to twenty-one million people. According to unofficial estimates, the Sardar Sarovar dam alone has displaced 320,000 people. Added to these human costs is the sizeable environmental damage to a valley that was once blooming with plant and animal life.

The NBA, that is the collective for the protests, originally employed ‘‘Gandhian methods’’ such as peaceful marches and protests. After a high-profile hunger fasts in 1991 failed, the NBA announced a ‘‘noncooperation movement’’ in the Narmada valley. This movement campaigned against the payment of taxes and sought to deny entry to the villages to all government officials, except teachers and doctors. The NBA subsequently began to consider litigation as an additional option for a variety of reasons. Their strategies up to this point had frequently drawn violent reactions from the government. In addition, other disadvantaged groups had effectively moved the Supreme Court, inspiring the NBA to do the same. Though the NBA has yet to realize the goals for which it has so tirelessly fought, its victories against the colossal odds have earned it the reputation of being one of the most vibrant social movements of our time and one that the government continues to expend considerable resources to fight against.

The resettlement sites remain incomplete, while those completed on paper lack even the most basic amenities like water, electricity and sewage lines. There is no official clarity on the number of affected families since their numbers keep varying. This is a game of records that the NCA and the Narmada Valley Development Authority are used to frolicking, and this is something that the Supreme Court recorded in its 2005 judgement. But how far can one find complete media coverage on the same? I guess, it’s a rare phenomenon. Today, Gujarat has become a garrison state, with activists regularly being detained for 24 hours, before protests take place. As the elections approach in Madhya Pradesh and Gujarat, politics over the dam is going to get murkier. Where, media has been regarded as the fourth pillar of democracy, all we can see is a complete package of elections, voting, party politics and negative hypermedia 24*7.

Meanwhile, the sanctioning Rs 3,000 crore for a Sardar Patel statue next to the dam site, violating environmental and other guidelines, has still not been justified The amount is nearly equal to what is required for the effective resettlement and rehabilitation of all people affected by the dam. Critics would regard such struggles, as “cheap publicity stunts”, and some would also go to the extent of regarding such people as “Environmental Fundamentalist”.

Be it Mayilamma’s Plachimada struggle against Coco Cola plant or Dongria Kondh’s Vedanta case, to the most sensational of all such cases, the Narmada Bachao Andolan Case, they all have one thing in common, that is, they lack dissemination to masses and of course mass responsiveness( both appraisal and critical).

But, does the grand media portrayal of the Statute like the one in Maharashtra, really deserves the time slot which channels lavishly sacrifice. Where, issues like violence and injustice, and the development paradigm debate, that makes the issue valid even today, we face climate and civilizational crises. One big example can be of the venture named “The Optimist Citizen”. This media forum display positive reporting and success stories that might empower people in a constructive way. Until when, will the hypermedia lay focus on politics and treat environmental issues and stories as an underdog. Until when, a tussle like Narmada Bachao be regarded as “Water politics”. Someone very well predicted that the third World War might very well be because of Water scarcity. Awareness and the power of positive news reporting should never be undermined.

Some of Educational institutions are these days offering a new graduate program, Strategic Environmental Communication and Media. These programs have unit "focus" in which one will learn to use media to communicate effectively and strategically around environmental issues including developing more compelling environmental stories. What we require today, in this space crunched, market based fourth pillar of Democracy is intellectual humility and equal respect to Green journalism. So, let us not be Nero’s Guest, but be heedful and accountable citizens to our Democracy.