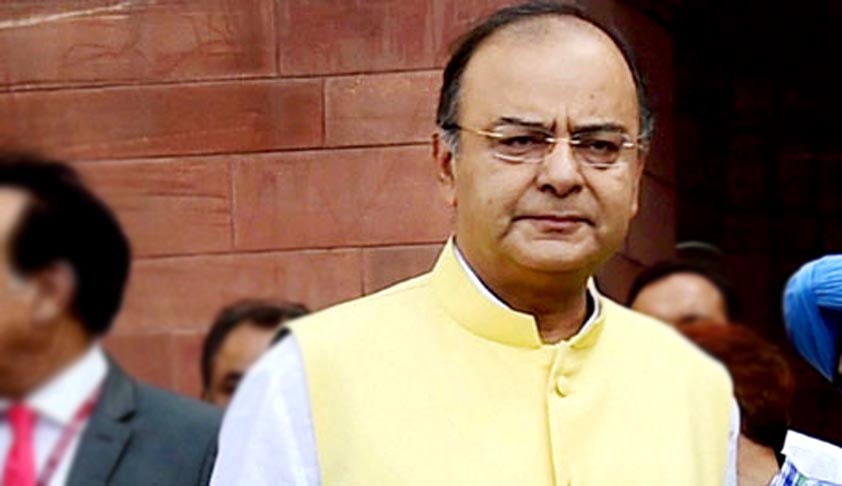 Finance Minister Arun Jaitley today explained in his Facebook post the rationale behind two particular proposals placed before the Goods and Services Tax Council. These two proposals are – Having a multi rate tax structure and Compensation to loss making states through cess.Reflecting on the meetings of the GST council that have been held so far, Jaitley said- “The meetings have witnessed...

Finance Minister Arun Jaitley today explained in his Facebook post the rationale behind two particular proposals placed before the Goods and Services Tax Council. These two proposals are – Having a multi rate tax structure and Compensation to loss making states through cess.

Reflecting on the meetings of the GST council that have been held so far, Jaitley said- “The meetings have witnessed an intense debate on several issues, which has been an excellent example of ‘deliberative democracy’.” The Union Finance Minister chairs the council while the Minister of State, in-charge of revenue of finance along with finance ministers of all state governments function as it’s members.

Let us first look at the four slab multi rate tax structure proposed before the council. Under this, food items that constitute almost half of the weightage in Consumer Price Index are proposed to be exempted from GST. These items are presently being taxed below the rate of 3% (total tax of the Centre and the States).

Apart from this, the balance items will come under four different tax slabs which have been suggested. These slabs will be 6%, 12%, 18% and 26%. Items which are presently being taxed under a particular tax rate will come under the slab that is closest to it’s current tax rate. For example, items being taxed between 3-9% will be taxed at 6% and those between 9-15% will be taxed at 12%. Also, there would be a standard rate of 18%.

Although Jaitley said that “total tax eventually collected has to be revenue neutral. The Government should not lose money necessary for expenditure nor make a windfall gain.” He also went on to say that the tax on some products that will initially fall under a lower slab will “substantially increase”. He said that if taxation is suddenly raised to a standard rate of 18% for a commodity which is currently being taxed by the Centre and the State at 11%, “it would disrupt the market and would be highly inflationary.”

Justifying the proposal for a multi rate tax structure, Jaitley said that in India it was inevitable as different segments of the society will have to be taxed differently. “Air conditioners and hawai chappals cannot be taxed at the same rate” he said.

On certain products that are currently being taxed at a VAT of 14.5% and an excise of 12.5%, proposal has been made to fix the rate of these items at 26%. The finance minister also said that out of these products, certain items being used by the lower middle classes will “eventually be proposed to be shifted to the 18% bracket.”

Coming to the second proposal of compensating loss making states through cess, while consumer states stand to gain from the GST from the very first year itself, some of the producing states may have to incur losses initially. The GST Council has fixed a 14% revenue growth as a uniform, secular growth rate for all states and the revenue loss incurred by any of the states has to be calculated on this basis.

Although the 126th amendment bill guarantees a five year compensation to loss making states, the question of funding this compensation still remains unanswered. Explaining that borrowing money for this purpose would be irrational as it would only increase the liability of the government, Jaitley said that burdening the tax payers by increasing the direct tax will not make sense. The notion of an additional tax within the GST to fund this was also dismissed saying that the tax impact of this levy would be exorbitantly high and almost unbearable.

Hence, the proposal to have a cess account and continue same existing levies as cess for a period of five years before subsuming them as tax. He said- “This would include clean energy cess and cesses on luxury items and tobacco products, which in any case, presently also pay levy higher than 26%. This would ensure no additional burden on the tax payer and yet be able to compensate the losing States.”

All these proposals will be discussed at the next council meeting in early November.

Some developed countries that have 3-4 tax slabs are listed here.