GST: A Zollverein of India 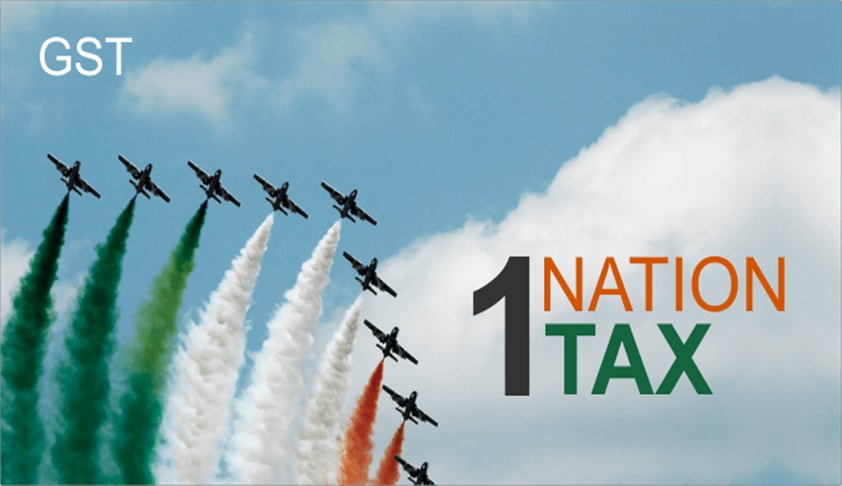 Goods and Service Tax(GST) will be in effect from July 1, 2017; the most awaited and highly debated taxation system of India. Its implementation will be the most effective step in the Indian tax reform history, after the introduction of VAT, GST would be the next effective step in the journey of Indian tax reforms. VAT was introduced in order to replace Sales Tax, which was in operation at...

Goods and Service Tax(GST) will be in effect from July 1, 2017; the most awaited and highly debated taxation system of India. Its implementation will be the most effective step in the Indian tax reform history, after the introduction of VAT, GST would be the next effective step in the journey of Indian tax reforms. VAT was introduced in order to replace Sales Tax, which was in operation at State level, whereas GST will be applicable at both Union and  State level and will replace taxes like VAT, MODVAT, CST, CENVAT, etc. It has been claimed that implementation of GST will bring tax simplification and facilitate the collection of Indirect Taxes at union and state levels through a single window. In the Indian context, the idea to introduce GST was first suggested in 1996-97 by P. Chidambaram. Congress and BJP both advocated GST in principle. Application of GST has invited a plethora of mixed reactions, but as one retrospect in History, Germany also witnessed almost similar conditions when it has introduced Zollverein.

It is often claimed that Germany witnessed its political reorganisation by ‘Blood and Iron’ Policy of Otto Von Bismarck, but it was rather economic unification that contributed to the political reorganisation of Germany. This political rejuvenation backed by economic unification paved the way to German transcendence in the world arena. The process of German development and growth was started after Vienna Congress from the period of 1815-48. German industries witnessed an unprecedented growth in production of Coal and Iron and Ruhr was the epicentre of this industrialisation. However, the levy system in Germany was cumbersome, varied and highly unfriendly to mass level production and distribution of goods. It was a major bottleneck for the industrialist class to produce at utmost level, as the multiple taxes prevalent in Germany were the major interruption in the smooth flow of Goods. Henceforth Prussia, a major state of Germany, settled a customs pact with a small state – schworjberg-soudeur-schwoshen and inaugurated a customs Union called Zollverein. It was a unified taxation system, which replaced the old cumbersome, varied and complicated taxation system followed by the different German States.  The economic policy of Zollverein sprouted from the concept of Frederic List who relied on economic nationalism. Zollverein was countered by some states in the beginning, but differences soon disappeared. By the end of 1834, all states joined Zollverein. This has given Germany a passage for Mass level production distribution of goods, which later reflected in its unprecedented growth. Not only Germany, but the great Medieval Indian King Sher Shah had also abolished internal taxes to ensure smooth flow of goods to promote Trade and Commerce.  To be simplified it was Zollverein, which was the main driving force behind enormous  Political, and economic development depicted  in rapid and mass industrial production which compelled Germany to be an Imperialist Nation searching for new markets from Africa to Asia and this aspiration for new colonies for this unchecked industrial production having Capitalism as their pivotal force with regard to their Political –economical world view , later ended in the disastrous First World War.

Since then, the time seems to complete its full cycle. In this age of Globalisation where images of trade boundaries are fading, the whole world is inclining towards a more compact world order, and it is claimed that it is the need of the hour to provide a more friendly platform to investors, producers, distributors to make best from this age of ample opportunities.  It is argued by many that GST will be a boon for all, whether it be governments, investors, traders or ordinary people. Under the GST, all prevailing Indirect taxes at Union and State level will merge with each other. This will prevent tax evasion; reduce red-tapism and unnecessary bureaucratic intervention. In addition to this, it would also abolish double taxation that will help in curbing price inflation. Since it would be a single window taxation system; it will definitely boost foreign investment. Therefore, GST could prove to be the magical stick for the Indian economic development that would boost India's economic and political prospect worldwide. But, some questions have yet to be answered, India is a Nation of diverse cultural - geographical – economic topography, considering this fact our Constitution makers rightly perceived  India as federation too, they very wisely distributed those features to states which are unique to states only because of their peculiarity and uniqueness.Taxation was one among those features which were transferred  to states ,but with the implementation of GST,  this important federal tool guaranteed by the constitution will be diluted and as Indian political system tending towards a  kind of monolithic pattern  which is often seen in imposition of some controversial cultural notions along with a kind of chauvinistic-Nationalism, imposition of GST  will  leave no scope for states  for financial empowerment or self-decision making in financial matters , in short there will be no scope for alternative voices either on Political or economic front, Apart from losing  financial autonomy there are  some other apprehensions too, Services will become  expensive e.g.  Banking, Telecom, etc. Being a new tax, it will take some time for the people to understand its implications. These are some apprehensions, which are corresponding to the introduction of GST, though results lie in future, GST would be expected lucrative only if it carries positive shades of Zollverein not the imperialistic-chauvinistic trajectory that followed Zollverein in Germany.

Mr. Amit Kumar Singh is a historian and presently is the Assistant Professor of History at School Of Law, Ansal University, Gurgaon. He can be reached at [email protected]

[The opinions expressed in this article are the personal opinions of the author. The facts and opinions appearing in the article do not reflect the views of LiveLaw and LiveLaw does not assume any responsibility or liability for the same]
TagsGoods and Service Tax(GST) GST One Nation One Tax Zollverein
Next Story
Similar Posts
+ View more
Law Firms
+ More