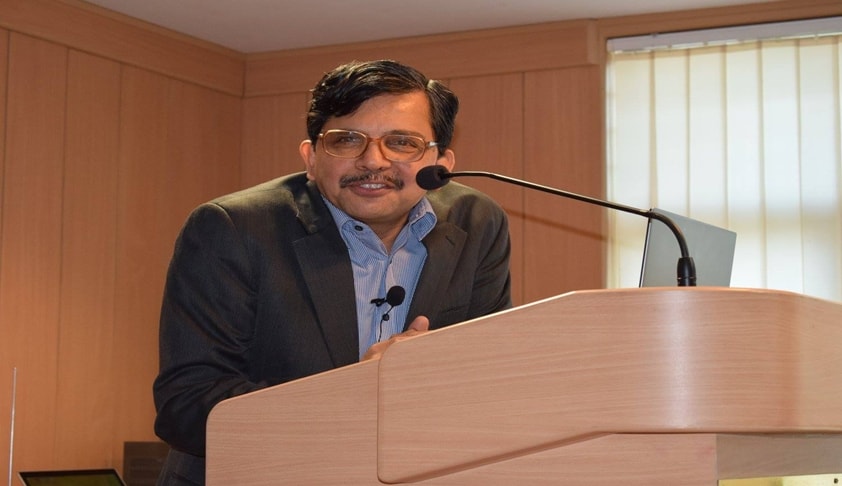 Justice Muralidhar is best known for his pro bono work including the cases for the victims of the Bhopal Gas Disaster and those displaced by the dams on the Narmada river. He was appointed amicus curiae by the Supreme Court in several PIL cases and in cases involving convicts on the death row. He was appointed a judge at the Delhi High Court in 2006. We also know him for his significant contribution to the decision of the Delhi High Court in the ‘Naz Foundation’ decision.

Dr Muralidhar began his lecture from the origins of the Constitution by alluding to the Constituent Assembly Debates. Quoting Dr. B.R. Ambedkar, Dr Muralidhar paralleled the social with the political, and asserted that law as an instrument of change can bring in some measure of equality into the social and economic sphere.

Moving to the constitutional text, he analyzed how the preamble and the DPSPs provide for distributive justice to materialize. Building on the approaches of Rawls, Gandhi, and Amartya Sen, he spoke about how access to effective justice is an important requisite to give effect to the full potential of human life.

Then he went on to explain the ideal multi-layered structure of an effective legal aid model which has the following dimensions:

Justice Muralidhar then noted the different phases at which an effective legal aid mechanism ought to intervene. The first of these is legal representation in courts: the traditional model of legal aid which is based on providing representation to poor litigants in courts. The second mode in which legal aid can prove to be instrumental is that of Public Interest Litigation. The third phase in which poor may be supported is now the Alternative Dispute Resolution mechanisms such as Mediation, Arbitration, Conciliation and Lok Adalats. Dr. Muralidhar believed that in an increasingly globalized world, the legal aid must intervene also at the global stage in processes such as Online Dispute Resolution, and humanitarian concerns, for instance.

Justice Muralidhar then went on to look closely at the LSAA 1987.

Thereafter he came to the issues which concern the lawyers. He verified the adage, that “We are over-lawyered and under-represented” which poses solemn problems in endeavors to provide effective legal aid. The availability of experienced and competent lawyers, payment of fees to legal aid lawyers and most importantly, he lamented that legal aid is largely judge-driven and state-driven rather than it being propelled by advocates, as is the case in the United States.

Justice Muralidhar then identified the barriers to effective inclusion of poor into the legal fold by drawing attention to discriminatory laws. It was noted that the costs involved in the legal process, delays and uncertainties embedded in the institutional model of state-sponsored legal aid; coupled with further special disadvantages such as poverty, social status, economic status, gender, age, sexual orientation, etc; pose serious problems.

Of particular interest to NALSAR students his insights on university’s potentials on enhancing legal aid system’s reach through measures such as:


Lastly, he presented a poignant reminder to the sad state of affairs in the Indian justice delivery system where India ranked 66 out of 133 countries in the World Justice Report. He expressed his hope that law schools such as NALSAR would take the lead and join hands with the formal legal setup to strengthen justice delivery in India.
TagsNALSAR Lecture Series on Constitutionalism
Next Story
Similar Posts
+ View more
Law Firms
+ More