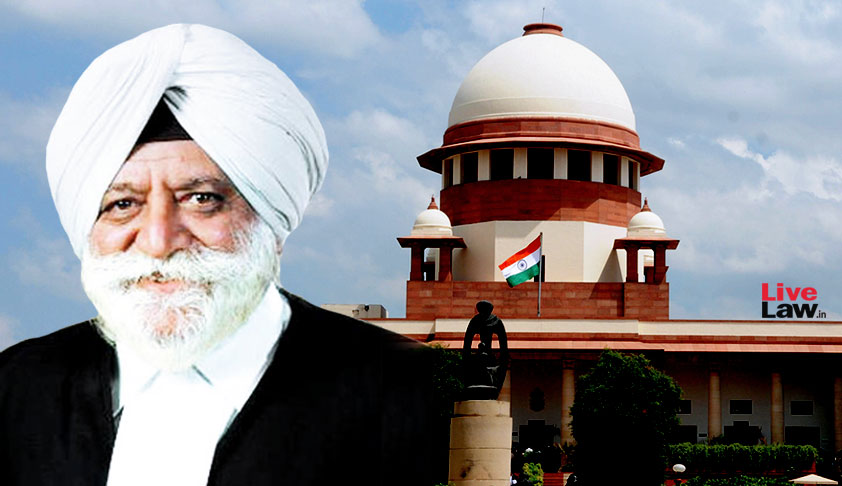 The Supreme Court on Wednesday requested retired Justice H. S. Bedi to communicate his views on whether the final report in respect of the investigations into the instances of fake encounter in the state of Gujarat between the 2002 and 2006 was prepared in consultation with the other members of the court-appointed Monitoring Committee of which Justice Bedi is the Chairman.Solicitor General...

The Supreme Court on Wednesday requested retired Justice H. S. Bedi to communicate his views on whether the final report in respect of the investigations into the instances of fake encounter in the state of Gujarat between the 2002 and 2006 was prepared in consultation with the other members of the court-appointed Monitoring Committee of which Justice Bedi is the Chairman.

Solicitor General Tushar Mehta, appearing for the Gujarat government, raised an objection that the final report submitted to the court in February this year is not on behalf of the Monitoring Committee but an independent endeavour by Justice Bedi. He advanced that the court should consider whether a copy of the report should be furnished to any of the petitioners or their counsel.

Having perused the 10 interim reports and the final report, the bench of Chief Justice Ranjan Gogoi and Justices S. K. Kaul and K. M. Joseph deemed it fit to procure Justice Bedi’s opinion on the matter.

Advocate Prashant Bhushan contended that all the interim reports on the subject have also been by Justice Bedi and that the orders of this court make it clear that they are meant to be the Chairman’s reports only.

He drew the attention of the bench to an earlier order dated March 2, 2012 placing the Committee under Justice Bedi’s headship and requiring the state of Gujarat to extend full cooperation to it.

Further, Mr. Bhushan pointed the order dated July 26, 2013 where it was recorded that “Hon’ble Mr. Justice H. S. Bedi (Former judge), Chairman, Monitoring Committee has so far submitted five status reports in this court”, directing the Registry to furnish copies of the same to the counsel for the parties.

“This court has entrusted the inquiry to the Chairman alone”, he insisted.

Countering, the SG placed reliance on another order of August 14, 2013 recording that “The Monitoring Committee appointed by this Court headed by a former judge as its Chairman” submitted its sixth status report.

“The intention behind the Constitution of a monitoring authority was to reap the benefits of the deliberations among its members who are experienced in varied fields. All earlier reports were submitted after discussion. One of the ten reports mentions the record of the proceedings when the meetings were convened...”, he pressed.

“How can you say that the report is not by the Monitoring Committee?”, asked the Chief Justice.

“The Committee decided its own procedure for submitting the reports. They have are prepared by the Committee after consultation with and deliberation among all its members and submitted under the signature of the chairman...This report was submitted to the court by Justice Bedi in ten copies in sealed covers, leaving it to the Supreme Court to supply copies of the same to the parties and their counsel...on enquiries, we learnt that the other members are not aware of this report...”, replied Mr. Mehta.

He also clarified that the Committee was first constituted by the state government pursuant to order of this court, and subsequently by the apex court.

“The local police was not trusted and hence, an independent body was established. The Special Task Force (STF) was constituted to investigate encounter deaths, and the Monitoring Committee to oversee these investigations, to Guide and instruct the STF as to the investigation and to Receive complaint of any encounter death as well as inputs and suggestions from a relative of a victim...the Committee was to be headed by a former judge and to comprise of the DGP, the Director, Forensic Science Department, FSL, Gujarat government, a member of the Human Rights Commission, the District Judge for the district where an encounter death has transpired...”, he elaborated.

“In all the previous reports, there are the minutes of the Monitoring Committee meetings which indicate the deliberation by its members. Then the report is placed before Your Lordships under the signature of the Chairman...”, stressed the SG.

On the point of locus, the petitions having been filed by journalist B. G. Verghese and renowned lyricist Javed Akhtar, he sought to argue, “since 2012, I have been contending on affidavit that this is not a bonafide litigation. The petitioners before Your Lordships was a journalist from Delhi and a lyricist who is based in Bombay. Why is The public conscience, the public spirit restricted to encounters in a specific state. This is a rampant abuse of Your Lordships’ jurisdiction...”

“No, we are not going into this”, stated the Chief Justice.