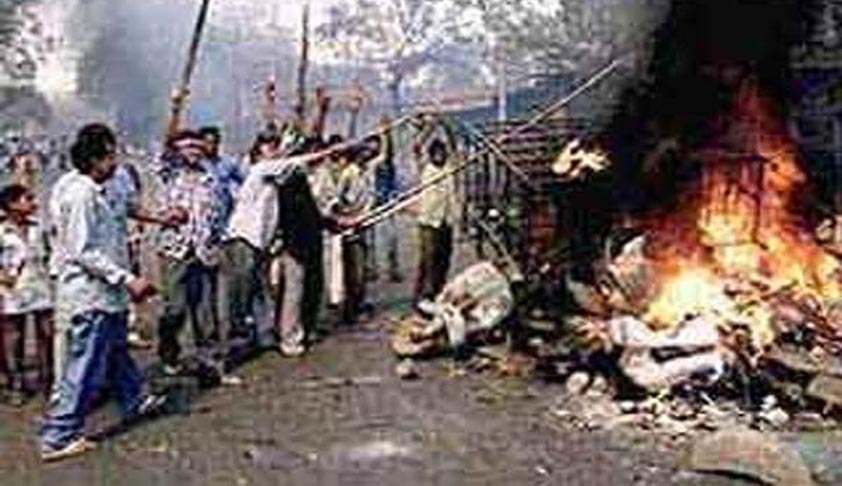 The Special Court Judge described the massacre as the darkest day in the history of civil society,

On 2nd June the SIT Court had convicted 24 persons and acquitted 36 others in the 2002 Gulbarg society massacre case, in which 69 people, including former Congress MP Ehsan Jafri, were burnt alive on February 28, 2002.

The Special Court Judge has reportedly said it has decided to award imprisonment for life without any time frame to 11 accused, who have been convicted for murder, while requesting the state not to use its power to remit the sentence after 14 years of imprisonment.

“CrPC provisions give power to the state to remit sentence after 14 years jail, section 433-A imposes some restriction on that power. In case the state does not exercise power to remit the sentence, life imprisonment will mean that it is till death,” the court said.

“I cannot add beyond what has been prescribed under section 302, it is not necessary for a state to exercise power to remit sentence, state may not exercise power of remittance,” said the Judge

Zakia Jafri, widow of the former MP who was killed in the riots, expressed her disappointment with regard to quantum of sentence awarded. She reportedly told ANI "They brutally killed Ehsan Jafri, this is quantum of sentence? They should have all got life imprisonment". Activist Teesta Setelwad said that the victims will appeal against the lesser sentence given to the convicts.

The judge had his own reasoning for that, I have no complaints: Former SIT chief R K Raghavan #GulbargVerdict pic.twitter.com/6Tdf8E5NaI

They brutally killd Ehsan Jafri, this is quantum of sentence?They should have all got life imprisonment: Zakia Jafri pic.twitter.com/QrvcBRnAEy

This case is not over for me today, we are right where we started: Zakia Jafri #GulbargVerdict pic.twitter.com/vcyC7dYJE0

I am not satisfied, I am not happy. I will have to consult my lawyers again, this is not justice: Zakia Jafri #GulbargVerdict

Zakia Jafri: After so many people died, that's all the court could decide? just 12 guilty? I will have to fight this pic.twitter.com/Jr4VDp3fCh

We are not for revenge verdict but reformative justice. On compensation, dont know what judge said: Teesta Setalvad pic.twitter.com/2CZszhDYkG