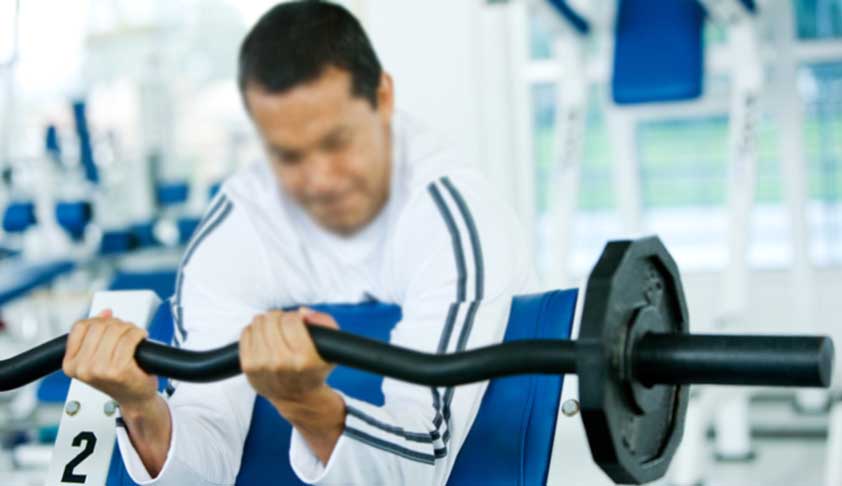 Neighbors in high rise buildings say that commercial gym users slam down weights and these crashing and clanging weights are the cause of unreasonably heavy vibrations and excessive noise. Adding fuel to the fire, the gyms are also resorting to playing loud music throughout the day till late night, which is causing great disturbance to the residents in the building as well as in...

Neighbors in high rise buildings say that commercial gym users slam down weights and these crashing and clanging weights are the cause of unreasonably heavy vibrations and excessive noise. Adding fuel to the fire, the gyms are also resorting to playing loud music throughout the day till late night, which is causing great disturbance to the residents in the building as well as in neighboring buildings. Heavily built and muscular gym users grunt and drop weights so loudly that it kills the peace of the other residents in the buildings. This is the common complaint from many high-rise residents in mega cities like Mumbai and the residents approach legal officers for help by stating that they have requested the gym owners to quieten down or install soundproofing apparatus but the gym managers/owners do not pay any heed to them.The outrageous conduct of the gym owners/managers is causing heavy emotional distress to these residents.

A study was conducted in Mumbai by legal firm namely “LEX INDIA JURIS” on the increasing number of commercial gyms in higher floors in residential and commercial office complexes.The study reveals that many of these gym owners and managers are responsible for endangering the structure of the building itself, creating huge nuisance, harming the other businesses in the building and in the vicinity, harming the property and also endangering the mental peace of the residents in and around the building.

The residents in the high-rise buildings are further stating that they can’t get a minute’s peace without feeling the earth move or hearing caveman grunts. They have also time and again complained of the problems being faced by senior citizens and infants, but to no avail.

It sounds like an earthquake! They don’t have to drop the heavy weights like that — it’s just some macho guy thing and they’re obnoxious and pay no attention when people complain, and have no respect for the other occupants in the building. These guys have run roughshod over the whole block is the version of a dweller in a high-rise building who has been affected by the continuous onslaught from the commercial gym.

The noise and vibrations caused by these gyms are causing excessive, unreasonable and illegal vibrations and noise. The outrageous conduct of the gym owners and managers is causing emotional distress to other occupants.It is worthwhile to note that in one such case several weeks ago, in a recently constructed building, the dropped weights caused such heavy vibrations that it resulted in the breaking of the glass front of the building. Such accidents could be dangerous to human life.

Experiences of the occupants in high rise buildings where the commercial gyms are located in the higher floors; are varied. A resident thought that a nearby building had collapsed. When she complained to the gym owners about the noise, she was told: “This is our place — we can do what we want.”

The very loud noise caused by the sound/music amplifying system is the source of another nuisance which cannot go hand in hand with the exercise for which the gym is meant for. The gyms play very loud music on power amplifiers which generates a lot of noise that irritates the residents and causes vibration in the walls. Besides this, 50 to 100 vehicles are being parked on the road and on the pedestrian path which obstructs the way of the vehicles and pedestrians resulting in air pollution and noise pollution. Very often, the watchmen of the gym buildings do not allow others to park under the pretext that the place is reserved for the vehicles of the gym users. After all, it is the space on the road that they have captured!

Many residents have further stated that they approached the statutory authorities including the police officers and municipal officers, a number of times,requesting them to take appropriate steps against the "erring" gyms for causing noise pollution and harassment to the residents. But, surprisingly, no effective steps have been taken so far. One resident of such a building even said that these officials are hand in glove with the gym owners/managers- otherwise why the indifference from their side?

Multiple studies indicate that the sound levels in commercial gyms are way too high. A study by researcher EF Beachpublished in the Archives of Environmental & Occupational Health, established that volume levels were getting louder with time. Another study by the National Acoustic Laboratories, Australia, recorded the noise in fitness classes at levels of 100 decibels are as high as that of a jet engine.A person should not be exposed to more than 85 decibels for more than eight hours as per Delhi ENT Hospital and Research Centre. The louder the sound beyond 85 dB, the lesser the time it takes to damage hearing capability.So, the commercial gyms, while they aim to help people with their fitness, are impacting their auditory health.

The National Green Tribunal identified the loud music in gyms located in buildings as a nuisance. But even now, most fitness centers do not have a music policy.

The commercial gyms may be described as constantly varied with high-intensity functional movement. Participants complete a series of “functional” exercises—like dead lifts, squats and pull-ups—as many times as possible during a certain period to achieve as efficient a workout as possible.  For gyms opening up in high-density areas, complaints from residents are sure to become an ever-increasing phenomenon. Neighbors are finding the gyms hard to tolerate not just the paleo-preaching, kale-consuming members they tend to attract, but the loud sounds and vibrations caused by the exercise routines are inherent to gyms. Faced with mounting noise complaints, some of them are turning violent.

They gyms must install a foot-and-a-half-thick drop ceiling comprised of drywall, plywood and special sound-abating insulation. The drop ceiling must cover every inch of the ceiling between the gym and other neighbors above and below the gym, but majority of the gyms in Mumbai follow these norms. There is no regulation for setting up of the gym. The gym owners obtain a license under shop and establishment act from municipalities. Municipality authorities without considering the difficulties that the other occupants in both residential and commercial buildings, issue the shop and establishment license, which these gyms showcase as permission which has authorized them to be functional.

Noise problems are not just the bane of apartment, commercial or high rise living. Noise is the fastest growing area of complaint and disputes in urban India. Most detached housing neighbourly complaints are in about unwanted noise. However, apartment living can exacerbate the impact and intrusiveness of any neighborhood. As well there maybe noise from the common property aspects of the building itself or buildings services.  So, what can you do other than wear earplugs? (which is not such a silly solution in some circumstances).

Exposure to noise has been linked to sleep deprivation, annoyance and health issues such as hypertension, nervous breakdown and heart disease. Apartment or unit living is difficult enough and with excessive noise penetrating through windows, floors, ceiling, walls, doors and even through water pipes the experience can be extremely unpleasant.What you think of as unbearable noise, your neighbor may find soothing, entertaining or comforting. The timing of the noise could also have a large impact on its acceptability.

There are two basic mechanisms where by sound can transfer. Noise can pass from one room to another either through the surrounding air (airborne noise) or the building structure itself (structure-borne noise).

Airborne noise or sound that is transmitted via the air e.g. voices, TV, Radio, music instruments, DVDs, and home theatre.

Structure borne noise: where a structure is directly vibrated and the vibration is transmitted through the structure in all directions where this energy vibrates a surface in a space. The surface radiates the vibration as audible noise in the same way that a loudspeaker cone converts movement of the cone to audible sound.

The nuisance created by these gyms comes under both private and public nuisance.  A private nuisance is a civil wrong; it is the unreasonable, unwarranted, or unlawful use of one's property in a manner that substantially interferes with the enjoyment or use of another individual's property, without an actual Trespass or physical invasion to the land. A public nuisance is a criminal wrong; it is an act or omission that obstructs, damages, or inconveniences the rights of the community. A nuisance which is both public and private is known as a mixed nuisance.

To establish liability under a nuisance theory, interference with the affected party’s interest must be substantial. Determining substantial interference in cases where the physical condition of the property is affected will often be fairly straight forward. More challenging are those cases predicated on personal inconvenience, discomfort, or annoyance. To determine whether an interference is substantial, courts apply the standard of an ordinary member of the community with normal sensitivity and temperament.

Redress for nuisance is commonly monetary damages. An Injunction or abatement may also be proper under certain circumstances. An injunction orders a defendant to stop, remove, restrain, or restrict a nuisance or abandon plans for a threatened nuisance. In public nuisance cases, a fine or sentence may be imposed, in addition to abatement or injunctive relief.Injunction is a remedy, used only when damage or the threat of damage is irreparable and not satisfactorily compensable only by monetary damages.

Though there are civil and criminal remedies against the culprit commercial gyms causing nuisance to the residents and occupants of both residential and commercial buildings, the litigation period is too long and hence many affected parties are not coming forward to take up legal remedies.

Hence, it is advisable that, State Governments in India must take an initiative through an order to prevent the gyms functioning from the higher floors of high rise buildings by bringing a restriction. A remedy should be provided by asking the police and municipal officers to accept and act on complaints on high priority basis. If this menace remains unchecked,not only will it make the residents unhealthy, but also make the functioning of offices in commercial buildings and peaceful stay of residents in residential buildings difficult as the nuisance from commercial gyms are continuous in nature.