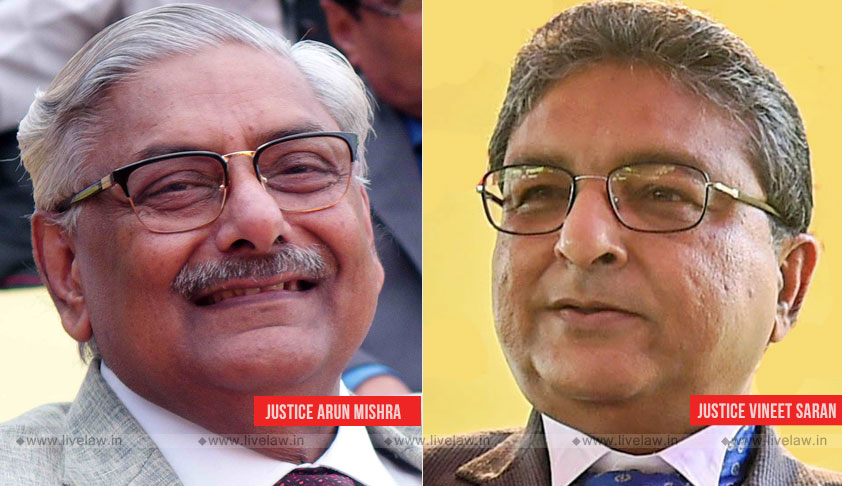 ‘It would be dangerous and against the right to life itself, in case unequipped medical colleges are permitted to impart substandard medical education without proper facilities and infrastructure.’While cancelling admissions made to four self-financing medical colleges in Kerala, the Supreme Court has observed that permitting unequipped colleges to impart substandard medical education...

‘It would be dangerous and against the right to life itself, in case unequipped medical colleges are permitted to impart substandard medical education without proper facilities and infrastructure.’

While cancelling admissions made to four self-financing medical colleges in Kerala, the Supreme Court has observed that permitting unequipped colleges to impart substandard medical education without proper facilities and infrastructure, would be dangerous and affect right to life itself.

It would be against the efficacious medical education and would amount to permit the unequipped medical college to impart medical education without proper infrastructure and faculty, patients serve as the object of teaching by such an approach ultimately interest of the society would suffer and half-baked doctors cannot be left loose on society like drones and parasites to deal with the life of patients in the absence of proper educational training, the bench comprising Justice Arun Mishra and Justice Vineet Saran said while quashing high court judgment.

The Kerala High Court had quashed the order passed by the Government of India declining to grant renewal permission/recognition to four private medical colleges. It had also directed the Commissioner for Entrance Examinations to allot students to the colleges for the academic year 2018-2019 immediately. The MCI was also directed to carry out the inspection to verify whether the colleges had rectified the deficiencies found at the time of earlier inspection and in case they have not done so, the MCI was granted liberty to take appropriate action against them including the enforcement of the bank guarantees.

While considering MCI’s appeals, the bench said the report of the assessors could not have been lightly faulted and the court cannot sit in an appeal and go into disputed facts. The bench also said it was not open to the high court in judicial review to accept tenuous objections as to bed occupancy in the absence of mala fide.

The bench, referring to the inspection report, said: “High Court has issued direction for fresh inspection and thereafter the MCI to consider the report after the grant of opportunity to remove defects if any. Firstly, it could not have issued such a direction in view of regulations and also the blanket direction that college should be permitted to remove the deficiencies if any found. Deficiencies can be removed, if found, within the permissible limits as provided in regulation 8(3), not in a case Regulation 8(3)(1)(a) or (b) is attracted. Thus, such kind of general direction issued without considering the provisions of the Regulations are wholly illegal and unwarranted and on inspection, the decision has to be taken in accordance with law as per regulations. Obviously, regulations would come into play as per outcome of an assessment. It cannot be predicted in advance what would be the outcome of inspection to decide in advance opportunity of removal of deficiencies. There may be a case where deficiencies are found by Assessors to be gross as contemplated in the proviso to Regulation 8(3) (1), they cannot be removed in that year. Even otherwise, the Court could not have at all ordered the admissions, as directed in the instant matter. High Court at the same time has ordered inspection and if the deficiencies are found to exist then the MCI and Government of India have been given liberty to take appropriate decision. Such orders may ruin the entire career of the students. Once permission to admit students is granted, it should not be such conditional one.”

The bench then set aside the high court order holding that the decision not to grant permission to these colleges for admission in the year 2018-2019 was appropriate. It also clarified that it would be open to the colleges to stake their claim for permission for admission for next academic session i.e., 2019-2020, in accordance with law.