Hanging of Afzal Guru was in violation of International Standards of Death Sentence and Execution, Says Amnesty International [Read the Report] 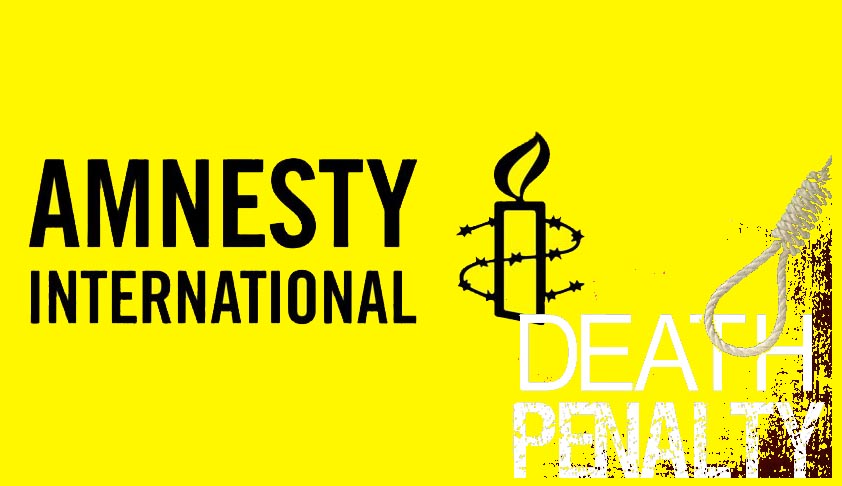 India carried out one execution on 9 February, when Mohammad Afzal Guru was hanged in secret at Tihar Jail in New Delhi. He had been sentenced to death in 2002 after being convicted of conspiracy to attack the Parliament of India, waging war against India and murder in December 2001 by a special court designated under the Prevention of Terrorism Act (POTA), a law which fell considerably short of international fair trial standards and has since been repealed. Afzal Guru's death sentence was confirmed by the Supreme Court in August 2005, and his mercy petition was rejected by the President on 3 February 2013.

Serious concerns about the fairness of Afzal Guru's trial – including the fact that he did not receive legal representation of his choice or a lawyer with adequate experience at the trial stage - were not addressed. Afzal Guru's family were not informed in time of his imminent  execution and his body was not returned to the family for last rites and burial, in violation of Death sentences and executions in 2013 international standards. Afzal Guru was also denied the opportunity to seek a judicial review of the decision to reject his mercy petition.

The President of India rejected the mercy petitions of 18 other prisoners in 2013, the most rejections by any President in nearly 25 years. Authorities began to take steps to increase secrecy around the use of the death penalty, including by removing information regarding decisions on mercy petitions by the President from the website of the President's Secretariat.

The Supreme Court of India rejected the commutation plea of Devender Pal Singh Bhullar on 12 April. He had been sentenced to death in 2001 for his involvement in a bomb attack in New Delhi in 1993 that killed nine people. He was arrested in January 1995 under the Terrorist and Disruptive Activities (Prevention) Act (TADA), a law that subsequently lapsed, and contained provisions incompatible with international fair trial standards.

Devender Pal Singh Bhullar had no access to a lawyer during his initial detention and trial. He was found guilty on the basis of an unsubstantiated "confession" that he made to the police, which he later retracted, claiming it was made under police pressure. In March 2002, the Supreme Court upheld Bhullar's death sentence, though one of the three judges on the bench had found him not guilty, saying there was no evidence to convict him.

Bhullar had been receiving treatment at a psychiatric facility in New Delhi, and in 2011 his lawyer requested that the Supreme Court consider his mental condition as grounds for commuting his death sentence. The President of India rejected Devender Pal Singh Bhullar's mercy petition in May 2011, eight years after the request was filed.

Devender Pal Singh Bhullar approached the Supreme Court seeking commutation of his death sentence on the grounds of inordinate delay in its consideration. On 12 April 2013, the Supreme Court rejected his plea and decided not to commute the death sentence because of the "enormity of the crime". The judgment stated that delay "cannot be invoked in cases where a person is convicted for an offence under TADA or similar statutes."

Though a larger Bench overruled the dictum in the Bhullar Case, the plea of Bhullar is still pending in the Supreme Court. The Central Government yesterday filed a no-objection in commuting his Death sentence.

In January Supreme Court in Shatrughan Chauhan & Anr. vs Union Of India & Ors has issued Guidelines issued by the Supreme Court on various procedures before executing a death convict.

Guidelines are as follows;

Execution of Afsal Guru was in contradiction with almost all clauses in the guidelines.