Any Harassment Of An Innocent Citizen, Irrespective Of Caste Or Religion, Is Against The Guarantee Of The Constitution:SC 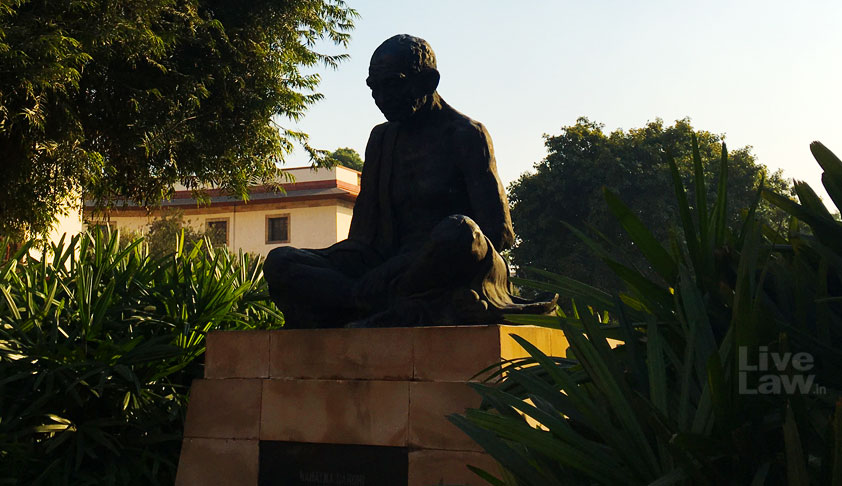 The Supreme Court, on Tuesday, observed that any harassment of an innocent citizen, irrespective of caste or religion, is against the guarantee of the Constitution and the Supreme Court must enforce such a guarantee.“Law should not result in caste hatred. The preamble to the Constitution, which is the guiding star for interpretation, incorporates the values of liberty, equality...

The Supreme Court, on Tuesday, observed that any harassment of an innocent citizen, irrespective of caste or religion, is against the guarantee of the Constitution and the Supreme Court must enforce such a guarantee.

“Law should not result in caste hatred. The preamble to the Constitution, which is the guiding star for interpretation, incorporates the values of liberty, equality and fraternity”, said a Bench comprising Justice A.K. Goel and Justice U.U. Lalit while issuing directions preventing the misuse of Scheduled Tribes (Prevention of Atrocities) (SC/ST) Act 1989.

“The under privileged need to be protected against any atrocities to give effect to the Constitutional ideals. The Atrocities Act has been enacted with this objective. At the same time, the said Act cannot be converted into a charter for exploitation or oppression by any unscrupulous person or by police for extraneous reasons against other citizens. The preamble to the Constitution, which is the guiding star for interpretation, incorporates the values of liberty, equality and fraternity.”

The Court was hearing an Appeal by one Dr. Subhash Kashinath Mahajan, challenging an order passed by Bombay High Court in May, 2017, wherein the High Court had refused to quash the FIR lodged against him for offences alleged under the Act.

Dr. Mahajan, in his capacity as the then Director of Technical Education, had refused to grant sanction for prosecution of the Principal of the Department of the College of Pharmacy where the respondent, Mr. Bhaskar Karbhari Gaikwad was employed. Mr. Gaikwad had sought sanction for prosecution of the Principal under various provisions of the Atrocities Act and for certain other connected offences.

Mr. Gaikwad had then filed another complaint against Dr. Mahajan this time, contending that he was not competent to grant or refuse sanction as these were Class-I officers, and that only the State Government could have granted such sanction. Since the High Court had refused to quash the complaint, Dr. Mahajan had now approached the Supreme Court.

At the outset, the Court expressed concern over the Atrocities Act "perpetuating casteism", observing, "Such concern has also been expressed by this Court on several occasions. Secularism is a basic feature of the Constitution. Irrespective of caste or religion, the Constitution guarantees equality in its preamble as well as other provisions including Articles 14-16. The Constitution envisages a cohesive, unified and casteless society...

...We are thus of the view that interpretation of the Atrocities Act should promote constitutional values of fraternity and integration of the society. This may require check on false implications of innocent citizens on caste lines."

Section 18 of the Atrocities Act bars grant of anticipatory bail to any person accused under the Act. This was held to be not violative of Articles 14 and 21 of the Constitution of India by the Supreme Court in the case of State of M.P. versus Ram Krishna Balothia.

Considering this case, the Court now opined that while Balothia's judgment may need to be revisited, it was not necessary to refer it to a larger Bench. It then went on to clarify the judgment, ruling that the bar against grant of anticipatory bail should not be applicable to cases where no prima facie case is made out, explaining,

“Innocent citizens are termed as accused, which is not intended by the legislature. The legislature never intended to use the Atrocities Act as an instrument to blackmail or to wreak personal vengeance. The Act is also not intended to deter public servants from performing their bona fide duties. Thus, unless exclusion of anticipatory bail is limited to genuine cases and inapplicable to cases where there is no prima facie case was made out, there will be no protection available to innocent citizens. Thus, limiting the exclusion of anticipatory bail in such cases is essential for protection of fundamental right of life and liberty under Article 21 of the Constitution”.

"Exclusion of anticipatory bail has been justified only to protect victims of perpetrators of crime. It cannot be read as being applicable to those who are falsely implicated for extraneous reasons and have not committed the offence on prima facie independent scrutiny. Access to justice being a fundamental right, grain has to be separated from the chaff, by an independent mechanism.

Liberty of one citizen cannot be placed at the whim of another. Law has to protect the innocent and punish the guilty. Thus considered, exclusion has to be applied to genuine cases and not to false ones. This will help in achieving the object of the law."

It further asserted that a mere allegation cannot be enough to deprive a person of such right, observing, "Thus, exclusion of provision for anticipatory bail cannot possibly, by any reasonable interpretation, be treated as applicable when no case is made out or allegations are patently false or motivated. If this interpretation is not taken, it may be difficult for public servants to discharge their bona fide functions and, in given cases, they can be black mailed with the threat of a false case being registered under the Atrocities Act, without any protection of law.

This cannot be the scenario in a civilized society. Similarly, even a non public servant can be black mailed to surrender his civil rights. This is not the intention of law. Such law cannot stand judicial scrutiny. It will fall foul of guaranteed fundamental rights of fair and reasonable procedure being followed if a person is deprived of life and liberty. Thus, literal interpretation cannot be preferred in the present situation."

Safeguards against arrest and false implications

Referring to various statistics and the report submitted in 2014 by the Standing Committee on Social Justice and Empowerment (2014-15) on the Scheduled Castes and the Scheduled Tribes (Prevention of Atrocities) Amendment Bill, 2014, the Court was convinced that there existed a "need to safeguard innocent citizens against false implication and unnecessary arrest".

It accordingly held that no arrests under the Act can be made without written permission from the appointing authority in case of a public servant and from the SSP in case of any other person. This permission, it said, would be granted with recorded reasons, which would be served on the accused and the concerned Court. The Magistrate would then be required to apply his mind to the reasons recorded and allow further detention only if such reasons are found to be valid. It further directed that before an FIR is registered, a preliminary enquiry may be carried out, in order to avoid false implications.

Quashing the proceedings against Dr. Mahajan, the Court summarized its conclusions as follows:

"1. There is no absolute bar against grant of anticipatory bail in cases under the Atrocities Act if no prima facie case is made out or where on judicial scrutiny the complaint is found to be prima facie mala fide. We approve the view taken and approach of the Gujarat High Court in Pankaj D Suthar (supra) and Dr. N.T. Desai (supra) and clarify the judgments of this Court in Balothia (supra) and Manju Devi (supra);

2.In view of acknowledged abuse of law of arrest in cases under the Atrocities Act, arrest of a public servant can only be after approval of the appointing authority and of a non-public servant after approval by the S.S.P. which may be granted in appropriate cases if considered necessary for reasons recorded. Such reasons must be scrutinized by the Magistrate for permitting further detention.

3.To avoid false implication of an innocent, a preliminary enquiry may be conducted by the DSP concerned to find out whether the allegations make out a case under the Atrocities Act and that the allegations are not frivolous or motivated.

4.Any violation of direction (2) and (3) will be actionable by way of disciplinary action as well as contempt."