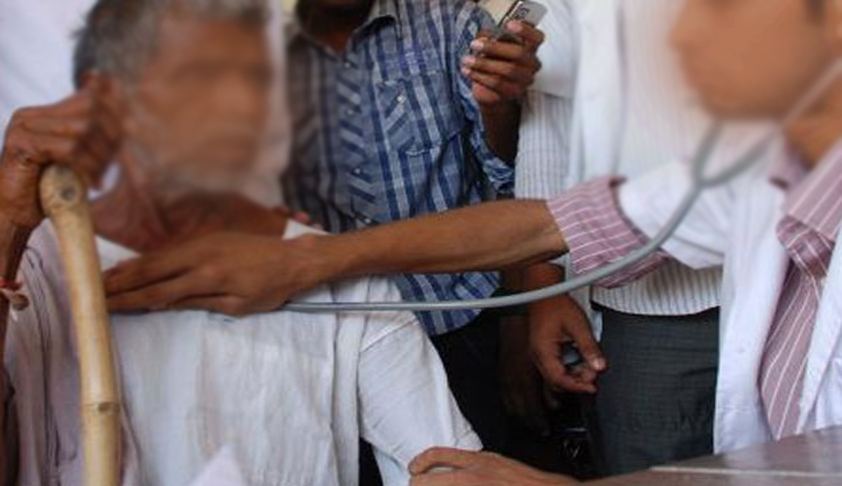 In a decision that will foster medical healthcare workers to provide primary healthcare in rural areas with no doctors, Delhi High Court has directed the Medical Council of India and the Ministry of Health and Family Welfare to take steps to give a right to B.Sc. (Community Health) graduates to practice modern medicine and treat common diseases. Such steps have been directed to be...

In a decision that will foster medical healthcare workers to provide primary healthcare in rural areas with no doctors, Delhi High Court has directed the Medical Council of India and the Ministry of Health and Family Welfare to take steps to give a right to B.Sc. (Community Health) graduates to practice modern medicine and treat common diseases. Such steps have been directed to be implemented within six months, failing which, action will be taken against the responsible officers.

Rapping the authorities for ignorance of an earlier order regarding notification of the Course, the Court observed, “Government of India by not facilitating the B.Sc. (Community Health) students to practice modern medicine, has defeated the whole object of the exercise undertaken by this Court and hence, violated the order of the Division Bench. Without giving the course a firm legal basis, no university or State Government would be in a position to start the course and no student would be willing to undertake the said course.”

However, owing to the confusion created by the Medical Council of India due to change in its stand, the Court provided it with another opportunity to implement the earlier order in letter and spirit.

It directed that the Centre should consider the viability of the suggestion that a new Act with regard to B.Sc. (Community Health) should be passed on the lines of the Indian Nursing Council Act, 1947, should be considered by the Union of India along with any other option that it may deem appropriate. The Medical Council of India should also prepare the syllabi and curriculum for the bridge course as undertaken before the Division Bench.

The petitioner had, in 2009 approached the Court for implementation of recommendations of the Government-appointed Task Force on Medical Education under the National Rural Health Mission. The Task Force had provided a blue-print for a new course which would radically restructure the health system and was likely to remedy the chronic shortage of health care professionals in rural areas.

This Petition was filed for upholding the fundamental right to health guaranteed under Article 21 of the Constitution of India on the ground that a vast majority of poor people in India especially those living in rural areas had been consistently denied medical care.

The Petitioner had pointed out that there was chronic shortage of doctors due to the fact that academic courses like MBBS had been made a minimum requirement for a person to practice modern medicine and prescribe scheduled drugs. According to the petitioner, such a system was ill-suited to the needs of the country as most of the common diseases and ailments could be treated at the primary level and did not require the attention of specialized Doctors

This petition was disposed of in November, 2010, relying on the undertaking rendered by the MCI and the Centre. The Court stipulated two months’ time for the Medical Council of India to finalize the curriculum and syllabi of the three and a half year Primary Healthcare Practitioner Course. A further period of two months was given to the Ministry of Health and Family Welfare for the enforcement of the same.

MCI had stated that the students who applied for the said course would be under an obligation to serve in the rural areas for a period of five years and thereafter if they undertook a bridge course for two years and qualify, then they would be treated as equivalent to MBBS.

According to this timeline, the course should have been notified by March, 2011. The same was however not notified till date.

The Petitioners hence approached the Delhi High Court with a contempt petition, alleging willful disobedience of this order. They emphasized on the necessity of notifying the course, especially in view of the recent order passed by the Gauhati High Court in W.P. (C) 5785/2005 striking down a similar course introduced by the State of Assam on the ground that the said course had not been approved and notified by the Central Government under the IMC Act.

Section 11(2) of the Indian Medical Council Act, 1956 empowers the Central Government to recognize a qualification and notify the same in the official gazette. The Petitioners had hence submitted that unless the course is notified, the graduates of the said course would not be entitled to practice modern medicine for primary health care services.

Additional Solicitor General Mr. Sanjay Jain brought to the court’s notice that Ministry of Health and Family Welfare in consultation with the Medical Council of India has introduced a short term course namely B.Sc. (Community Health) in the rural areas creating a cadre of mid-level health professionals exclusively to cater to the needs of rural health care. He however admitted that there is no Central Act which provides for the rights, duties and privileges of such proposed graduates.

The Medical Council of India challenged the maintainability of the contempt petition, as the Division Bench had not decided any lis but only recorded the statements/undertakings of the counsel for Medical Council of India and Union of India. MCI further contended that a liberty from the Court to challenge a decision once formalized cannot be said to be an undertaking on the basis of which the contempt jurisdiction can be invoked against the party making the statement.

The Court however rejected this contention, stating that the e definition of civil contempt under Section 2(b) of the Contempt of Courts Act, 1971 includes “breach of an undertaking given to a Court”. In this case, based on undertakings given by the respondents, the said writ petition was disposed of by the Division Bench.

MCI had also challenged the practicality and feasibility of the notification of the court. He contended that to allow B.Sc. (Community Health) Graduates to practice modern medicine would only promote quackery. Moreover, the Court observed that giving liberty to a third party to challenge the decision once formalized cannot detract from or whittle down the undertaking.

These two contentions were rejected by the Court, observing that such objections cannot be raised during the contempt petitions as it is settled law that while dealing with an application for contempt, the Court can neither traverse beyond the order nor decide its correctness as that would amount to exercising review jurisdiction, which is not permissible.