Hearings In Court Have To Be In The Language Understandable To Ordinary Litigant: President Ramnath Kovind 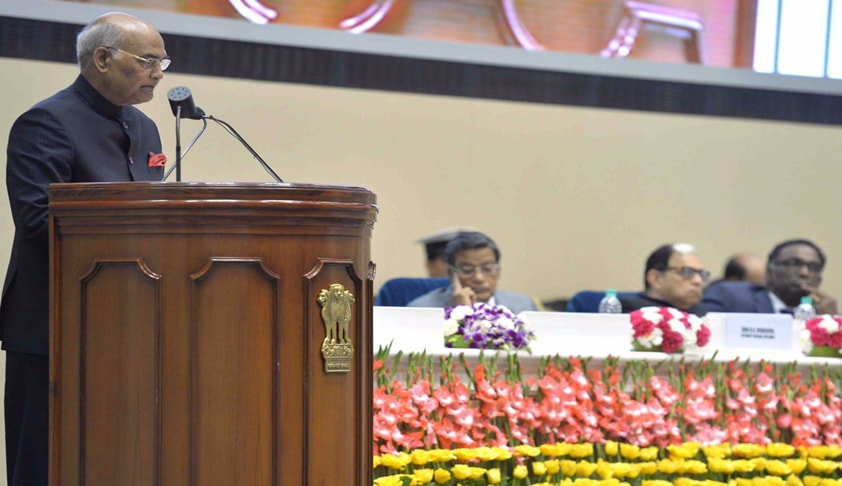 President of India Ramnath Kovind has suggested that the hearings in court, if possible, have to be in a language that is understandable to the ordinary litigant. He re-iterated that High Courts need to take up the task of quickly providing certified translated copies of judgments in local and regional languages. He was speaking on the occasion of inauguration of Constitution day Celebrations.

Regarding the roles of three organs of the State, he said it is critical to keep the intricate and delicate balance in mind when exploring the relationship between the three branches of the state – that is, the judiciary, the legislature and the executive.

“They are all equal. They should all be conscious of their liberty and strive to protect their autonomy. And yet, they should be careful not to disturb the fraternity of the separation of powers by even unknowingly intruding into the domain of either of the two other branches.

Sobriety and discretion in communication between the three branches is also extremely advisable. This will promote and enhance fraternity between three equal branches of the state, all of which have a certain responsibility to the Constitution. It will also reassure the ordinary citizen that the Constitution is safe – and in mature hands. And that the three branches are fulfilling their obligations in accordance with the spirit of the Constituent Assembly”.