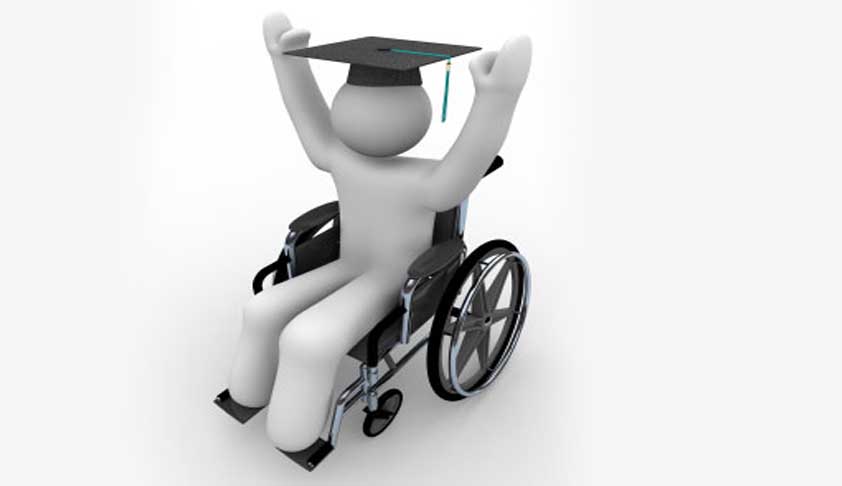 Himachal Pradesh High Court issued directions to the State government regarding care and treatment of Students with disabilities. The court on its own motion had taken up this issue, after taking cognizance of a letter highlighting the difficulties faced by three blind and deaf students in the educational institutions either run by the State of Himachal Pradesh or by H.P. Council of...

Himachal Pradesh High Court issued directions to the State government regarding care and treatment of Students with disabilities. The court on its own motion had taken up this issue, after taking cognizance of a letter highlighting the difficulties faced by three blind and deaf students in the educational institutions either run by the State of Himachal Pradesh or by H.P. Council of Child Welfare. After studying the plight of the disabled children/adult who are not provided with adequate educational facilities as envisaged under Persons with Disabilities Act, (Equal Opportunities, Protection of Rights and Full Participation) Act, 1995, the court gave various guidelines to the HP government.

The Court directed the State Government to Construct atleast one institution for mentally retarded children "in a cluster of three District as per geographical and topographical conditions within a period of one year" from the date of the order. An increase in the scholarship amount to be paid to the visually impaired deaf and dumb students was also ordered by the court. It was held that “Under Article 21-A of the Constitution of India, the State is required to provide free and compulsory education to all children of the age of six to fourteen years in such manner as the State may, by law, determine. The children with special needs falls in separate class altogether. It is the duty of the State to provide free and compulsory education to the children with special needs up to University level and all the professional courses in all the educational institutions under Articles 21/21-A of the Constitution of India.”

Petitioner had earlier pointed out that the requirements of deaf and blind students are not met in various institutions specially run for their welfare. It was submitted that they lacked basic essentials like books in Braille, audio books in digital format (DAISY), special DAISY players for audio books in digital format, Braille papers, special slates for writing in Braille, library etc and above all there was not enough qualified teachers for many subjects. After hearing both sides and considering their submissions through affidavits the Court in an order dated 04.06.2015, observed that “The advance society is the one which is sensitive towards the children with special needs. It is our fundamental duty to show them path and to preserve their dignity and respect. All out efforts should be made to assimilate them in the main stream and there should not be feeling amongst the disabled children that they are left alone on lonely island.”

Accordingly the courted ordered the state “to create posts for teachers within a period of three months and to complete the selection process within a period of six months from the day of the order.”. Noticing the lack of facilities to the blind and deaf candidates the respondent state, is also asked to provide facilities like screen readers, screen magnifiers, speech recognition software, Text-to-speech (TTS) software, optical character recognition (OCR) software, large monitors, hand held magnifiers and standalone reading machines.

The Court while disposing off the petition quoted “Air India Statutory Corporation and others v. United Labour Union and others and said that "Social justice" is thus an integral part of justice in the generic sense. Justice is the genus, of which social justice is one of its species. Social justice is a dynamic device to mitigate the sufferings of the poor, weak, dalits, tribals and deprived sections of the society and elevate them to the level of equality to live a life with dignity of person. Social justice is not a simple or single idea of a society but is an essential part of complex social change to relieve the poor etc. from handicaps, penury to ward off distress and to make their life livable, for greater good of the society at large. In other words, the aim of social justice is to attain substantial degree of social, economic and political equality, which is the legitimate expectation and constitutional goal.”