High Court Visit by the Students of School of Law, RNB Global University 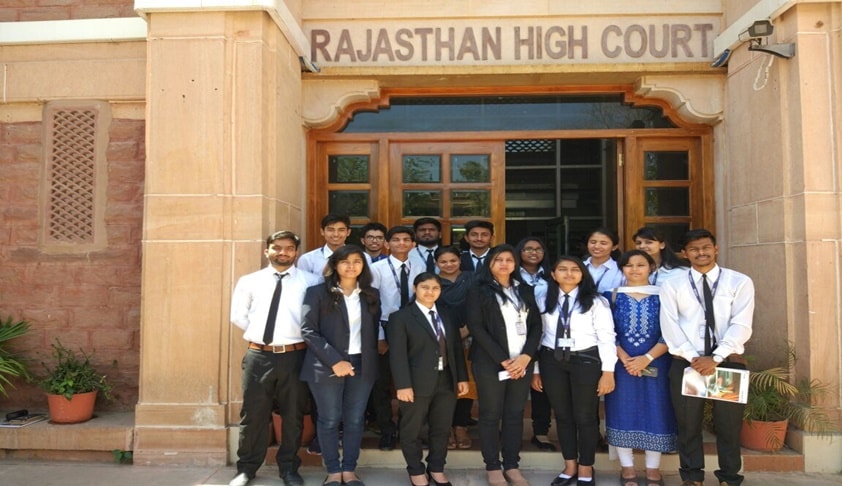 The visit was permitted by the Registrar of the High Court Bench. The day started with a brief note given to the students about the court and court rooms by Advocate Kaushal Gautam, who is practicing lawyer at High Court of Rajasthan. He guided all the students and dictated the Jurisdiction of the High Court Bench. He explained about Division bench which consist of 2 Judges and single bench consists of 1 Judge. The students visited court number 1, in which there was an argument between the lawyer and the Honourable Acting Chief Justice Dr. J. Puspendre Singh Bhati. The case was on PIL. Then the students moved to court number 4 where criminal proceedings where going on regarding the bail of an accused person who was accused of committing murder. Further the group moved to Court number 2 which was a Family court where issues related to matrimonial matters where considered as well as a case based on mid-day meal scheme. Moving on to Court number 5 benched by Honourable Justice Nirwaljeet Kaur, the group witnessed the arguments for the appointment of Special Teachers in the state of Rajasthan. After visiting various court rooms gaining immense insight in the world of litigation the group accompanied by Adv. Kaushal Gautam visited the Hon’ble High Court library.

The visit came to an end in the evening with a thanks giving note to Advocate Kaushal Gautam for enlightening the students with such facts which brought out the difference in the proceedings between the District Court and Hon’ble High Court as well as for explaining the difference in the jurisdiction between the District Court and High Court. The difference between Article 226 and Article 32 of Indian Constitution was also well briefed to the student by him.