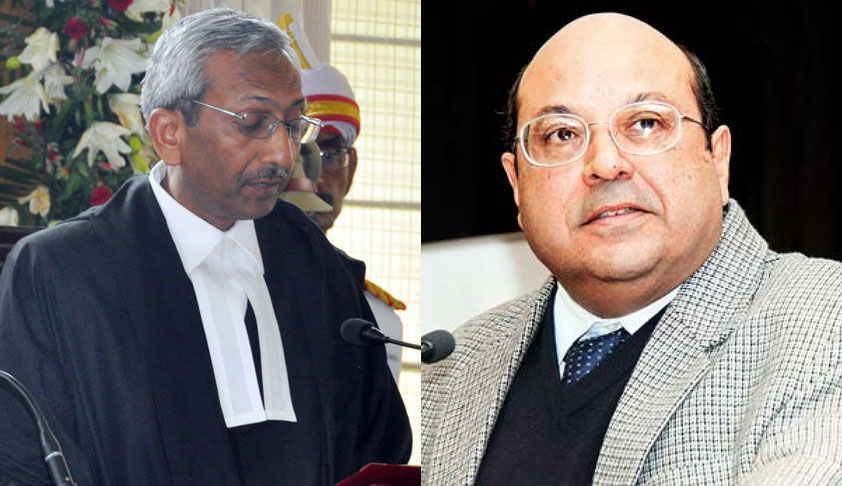 In a judgment rendered on Wednesday, the Supreme Court bench of Justice Adarsh Kumar Goel and Justice Rohinton Nariman asserted that promotees recruited to the UP Higher Judicial Services (HJS) in the year 2008/2009 are not entitled to seniority prior to their appointment on the ground that the requirement of suitability test was introduced for the first time in the year 2007 and they had...

In a judgment rendered on Wednesday, the Supreme Court bench of Justice Adarsh Kumar Goel and Justice Rohinton Nariman asserted that promotees recruited to the UP Higher Judicial Services (HJS) in the year 2008/2009 are not entitled to seniority prior to their appointment on the ground that the requirement of suitability test was introduced for the first time in the year 2007 and they had a vested right to be promoted against the earlier vacancies without the suitability test.

The bench agreed that the suitability test was required in terms of judgment of the Supreme Court in All India Judges Association v. UOI [(2002) 4 SCC 247], and under the UP HJS (Sixth Amendment) Rules of 2006 applicable retrospectively, which was duly upheld by the apex court in VK Srivastava [(2008) 9 SCC 77]. Thus, the promotees could not be given promotion without suitability test nor could they claim seniority without the same. They have been rightly given seniority from their appointments.

The UP HJS Rules of 1975, as originally framed, envisaged three sources of recruitment – direct recruitment from the bar, promotion from the members of Uttar Pradesh Nyayik Sewa (UPNS) and officers out of the cadre of judicial magistrates.

In All India Judges Association, it was directed that recruitment to HJS at the relevant time had to include “(i) 50 per cent by promotion from amongst Civil Judges (Senior Division) on the principle of merit-cum-seniority and passing a suitability test; (ii) 25 per cent by promotion strictly on the basis of merit through a limited competitive departmental examination on Civil Judges (Senior Division) having not less than  five years qualifying service; and (iii) 25 per cent of the posts shall be filled directly from amongst the eligible advocates on the basis of written and viva voce test conducted by the respective High Courts”.

Accordingly, Rule 6 of the Rules of 1975 was amended to give effect to the judgment in the All-India Judges’ case vide UP Higher Judicial Service (Sixth Amendment) Rules, 2006 notified on January 9, 2007.

In VK Srivastava, the challenge that the said amendment of the Rules, in giving a retrospective effect, prejudiced the vested right of the candidate eligible for vacancies prior to the amendment was dismissed.

Further, in respect of the issue as to whether direct recruits were entitled to the benefit of the Quota-Rota rule in the determination of seniority in terms of Rules 22 and 26 of the 1975 Rules, the bench held, “With regard to the Quota-Rota rule, there is no doubt that this is a mandatory requirement of the Rules. The said requirement has, however, to be seen in the peculiar fact situation. The issue of determination of vacancies was embroiled in continuous litigation. The Quota-Rota rule could not be applied in the absence of the determination of vacancies. The suitability test though validly laid down could not be held till 2008 for reasons already noted. No promotion could be given in absence of suitability test. The rule provided for seniority of the promotees to be fixed from the date of availability of vacancy but such seniority could also not be given in the present fact situation. If rota rule is applied, it will work serious prejudice to the promotees. Thus, the Rules will have to be given pragmatic interpretation...Thus, interference with the seniority given to the promotees above the direct recruits without following the rotation principle cannot be sustained.”