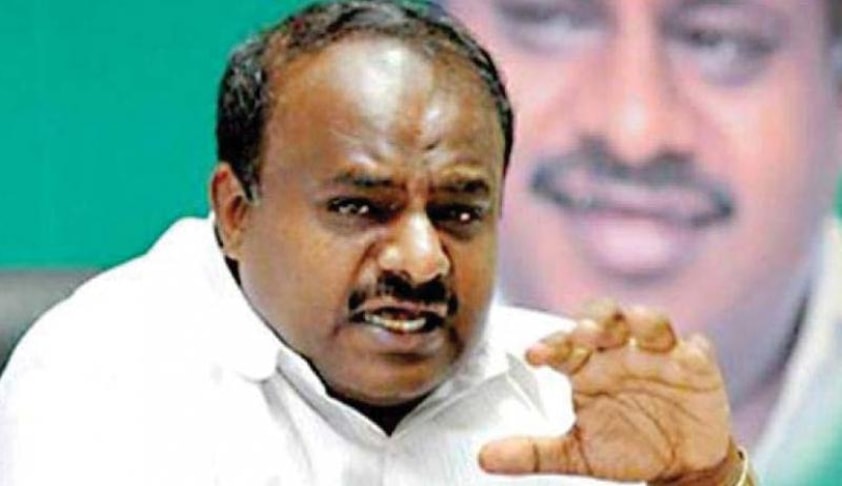 The tumult around the Karnataka Legislative Assembly elections doesn’t seem to be dying down anytime soon. A Petition has now been filed before the Supreme Court challenging Governor Vajubhai Vala’s decision to invite H.D. Kumaraswamy, leader of Congress-JD (S) combine, to form government in the state.The Petition, filed by Akhil Bharat Hindu Mahasabha, asserts that the alliance...

The tumult around the Karnataka Legislative Assembly elections doesn’t seem to be dying down anytime soon. A Petition has now been filed before the Supreme Court challenging Governor Vajubhai Vala’s decision to invite H.D. Kumaraswamy, leader of Congress-JD (S) combine, to form government in the state.

The Petition, filed by Akhil Bharat Hindu Mahasabha, asserts that the alliance between Indian National Congress and Janta Dal (S) is “fraud on the electorate and violative of the constitution of India”. It then challenges the Governor’s decision, alleging that he did not exercise his power under Article 163 of the Constitution of India in the right spirit, explaining,

“The governor has not exercised his power as envisaged in Article 163(1) & (2) of the Constitution of India which requires the governor to exercise his discretion to ascertain the people will in favor of the majority party failing which to find out ways for stable and popular government. If these twin elements are missing, the governor is not bound to invite a political party who have only 38 seats and has support of a political party who was arch-rival in the assembly election. Such post-poll coalition is not recognized by the Indian Constitution.”

The Petition, in fact, cites interviews of party leaders to submit that the two parties are “arch rivals”, and that them entering into a “post-poll alliance violates the republic form of government”.

The petitioner submitted that the governor is not bound to appoint any person as chief minister as per recommendation of the majority political parties.

"If the claim of the Chief Minister to be appointed is against the basic feature of Indian Constitution, the governor can not appoint as same would be dehors the Constitutional scheme. In this connection reference may be made to the judgement of this Hon’ble in the case of B.R. Kapur Vs State of Tamilnadu & Ors. Therefore, appointment of Respondent No.5 is unconstitutional"

It is also submitted that the Governor is required to consider while exercising his discretionary power the foundation of post poll coalition keep in view the people will.

It then raises the following questions for consideration by the Court:

“(a) Whether Article 164 read with Article 163 (1) & (2) permits the appointment of a Chief Minister who has very small number of members in legislative assembly, on the basic of having post-poll coalition?

(c) Whether post-poll coalition between two or more political parties is permissible under the Constitutional scheme even when they have not received mandate of the people, can stake claim before the governor to form government?

(d) Whether a political party with a 38 assembly seats out of 222 assembly seats can claim to form a popular government as per sprit of the judgement rendered by this Hon’ble Court in the case of Rameshwar Prasad (VI) Vs Union of India, 2006 (2) SCC1?

(e) Whether a political party who has no mandate of the people of Karnataka to form popular government, can stake claim with support of another political party who has also been voted out of power by the people of Karnataka in the name of democracy overlooking the concept of popular government as per requirement of parliamentary democracy which is basic feature of the Indian Constitution?”

The election that was

In the May 12 polls, BJP emerged as the single largest party with 104 members, while the Congress secured 78, the JD(S) 37. Together, the two parties crossed the majority mark and JD(S) leader HD Kumaraswamy also staked claim to form the government. However, the Government invited BJP to form the Government, giving it 15 days to prove its majority in the hung Assembly.

Aggrieved, the two parties then knocked on the doors of the Apex Court. However, the Supreme Court, in a pre-dawn hearing, refused to stay the swearing-in of B.S Yeddyurappa as the Chief Minister of Karnataka and directed the legislators from the two parties to produce the letter sent to Governor showing majority before the Court. You may read an account of the hearing here.

Thereafter, the Apex Court on Friday directed conduction of the floor test the very next day, and ordered a live telecast of it. Soon after, Chief Minister Yeddyurappa resigned, without facing the trust vote on the floor of the House.

The Governor then invited the Congress-JD(S) alliance to form the Government, and Kumaraswamy is scheduled to take oath as the Chief Minister on May 23.