Historic Amendment To NLSIU RCC Policy: Disclosure Of Convictions For Sexual Harassment To Prospective Employers For Internship/ Placement Made Mandatory 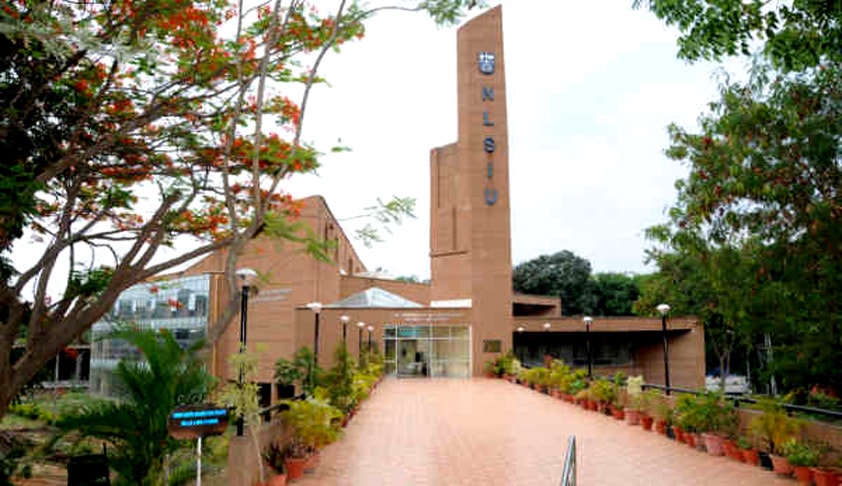 The National Law School of India University’s Recruitment Coordination Cell, batch of 2019, has amended the RCC policy to send out a strong zero tolerance statement towards sexual harassment.By virtue of the said amendment, the RCC will disclose convictions under the NLSIU Code to Combat Sexual Harassment ('SHARIC code') or the sexual harassment codes of other colleges or workplaces,...

The National Law School of India University’s Recruitment Coordination Cell, batch of 2019, has amended the RCC policy to send out a strong zero tolerance statement towards sexual harassment.

By virtue of the said amendment, the RCC will disclose convictions under the NLSIU Code to Combat Sexual Harassment ('SHARIC code') or the sexual harassment codes of other colleges or workplaces, while sending internship/ placement applications through the RCC.

The amendment sends out the extremely important message that instances of sexual harassment would not be taken lightly and will have consequences.

The unprecedented move, which was proposed by five female members of the RCC, was passed on Thursday by a 2/3rd majority of the voting members.

The move sets an example for the Recruitment Co-ordination Cells of the junior batches of NLSIU, as well as other law schools, to continue the ongoing fight against sexual harassment.

The statement by the RCC, NLSIU Batch of 2019 can be read below:

A few weeks ago, the 5 female members Recruitment Co-Ordination Committee, Batch of 2019 (for uninitiated juniors, this is the committee for co-ordinating with law firms for internship opportunities and placements), proposed an amendment to the RCC Rules to the effect that the RCC will disclose convictions under the NLSIU Code to Combat Sexual Harassment ('SHARIC code') OR the SHARIC code of other colleges/workplaces on an applicant's record, while sending internship applications to firms or co-ordinating with them for placement.

The RCC members who proposed this are Chandni Ochani, Chhavi Singhal, Jashanjot Kaur, Megha Mehta and Ritika Bansal. (A big thank you to Mukta Joshi, member of RCC Class who pointed out the lacunae in the existing rules).

We are pleased to announce that the amendment was passed today by a 2/3rds majority of the RCC Class present and voting (39 votes in favour and 6 votes against).

We thank the RCC Class, Batch of 2019, for their co-operation in this endeavour (with a special thanks to Aniruddh Nigam, who is not a part of the RCC Class, but graciously volunteered for successfully moderating a discussion on the amendment yesterday night). We hope this amendment will contribute in the ongoing fight towards

Please see the full text of the amendment reproduced below for your reference:

"(i) The RCC shall, prior to sending applications for internships, and subsequently, prior to placement, inquire of firms whether they require information about instances of sexual harassment on the applicant's record.

In the event a firm confirms, either on its own volition or subsequent to the said inquiry, that it requires such information, RCC shall disclose the following information to firms: namely if a RCC Class Member has been found guilty of 'sexual harassment' as defined under the Code to Combat Sexual Harassment, NLSIU ["SHARIC Code"] or under the sexual harassment redressal mechanism of another institution or workplace.

(ii) In the event that the concerned Class Member requests the Vice Chancellor to review the Final Order under Section 19 of SHARIC code, the remarks sent across to the firms, disclosing the Final Order shall mention that the decision is pending review.

(iii) In the event that the Vice Chancellor under Section 19 of the SHARIC Code sets aside the Final Order, the RCC shall

(iv) In the event that the Vice Chancellor under Section 19 of the SHARIC Code confirms the Final Order, RCC shall

(v) The burden of bringing the information set out in (ii)-(iv) to the the RCC's notice is upon the RCC Class Member concerned or any of the aggrieved parties to the proceedings, as the case may be, though RCC may act suo motu upon the information coming to their notice.

(vi) Rules (ii)-(v) will apply mutatis mutandis where the decision is submitted for review and confirmed/set aside by the reviewing or appellate authority in another institution or workplace.

'Disclosure of information' means disclosure of all information which is made publicly available in the said Final Order, including information relating to the punishment and/or mitigating circumstances.

The term 'workplace' for the purpose of these rules will have the same meaning as defined under Section 2(o) of the Sexual Harassment of Women at Workplace (Prevention, Prohibition and Redressal) Act, 2013.

This applies mutatis mutandis to review of findings made by the sexual harassment redressal mechanism of another institution or workplace.

Explanation III: Disclosure under these rules is limited to the publicly available Final Order of the Vice Chancellor/Registrar in accordance with Section 27(c) of the SHARIC Code. RCC and RCC Class members are bound to maintain confidentiality with respect to all other details of proceedings under the Code, in accordance with Section 27(a) and (b) of the SHARIC Code or the provisions dealing with confidentiality under the sexual harassment redressal rules of another institution/workplace, as the case may be."