History Of the Jury System In India Must Go Beyond The Nanavati Trial, Says Princeton Researcher Kalyani Ramnath 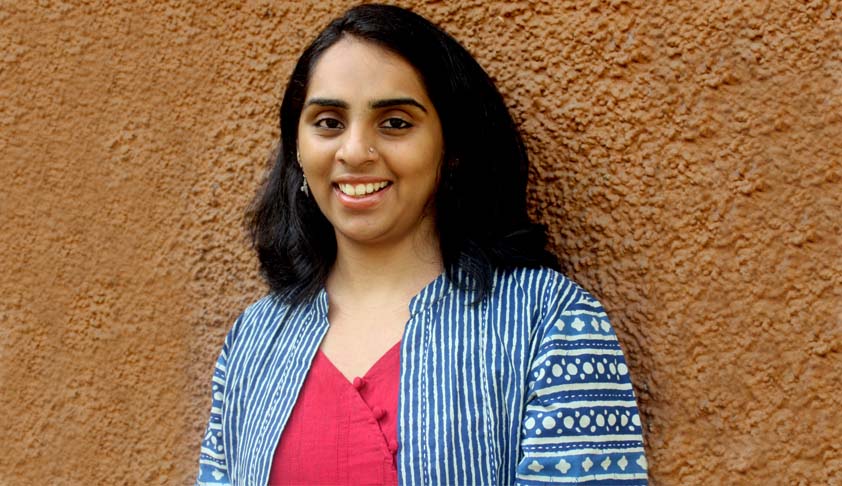 Juries were established by Letters Patent in the Supreme Courts (as the apex Crown courts in the Presidency towns of Bombay, Calcutta and Madras were then called) in 1774, 1800 and 1823 in Calcutta, Madras, and Bombay respectively. The East India Company Courts also had juries. The recent Bollywood film, Rustom, revived the interest in India's legal history, of which the jury system was...

Juries were established by Letters Patent in the Supreme Courts (as the apex Crown courts in the Presidency towns of Bombay, Calcutta and Madras were then called) in 1774, 1800 and 1823 in Calcutta, Madras, and Bombay respectively. The East India Company Courts also had juries.

The recent Bollywood film, Rustom, revived the interest in India's legal history, of which the jury system was an essential part. The famous Nanavati trial, in which the accused was prosecuted for the murder of his wife's paramour, was the most high profile jury trial in independent India and is the subject of Rustom.

The film ends with the conclusion of the trial, resulting in Nanavati's acquittal, leaving many questions regarding the jury system, unanswered. Nanavati's life after trial, his conviction and sentence by Bombay high court and the Supreme Court, and his pardon by the then Maharashtra Governor, may indeed be a subject of another film.

LiveLaw interviewed Kalyani Ramnath,a Ph.D. candidate in South Asia and legal history at Princeton University, who has researched criminal juries in India. Excerpts from the interview:

Q: Was there a reasoned jury verdict holding Nanavati innocent? How did the majority members of the jury, comprising eight, come to the conclusion that he was innocent, and how did the lone dissenting member conclude that he wasn’t?

A: Jury deliberations were not public, so there is no way we can trace what kind of debate they had, and why particular members concluded the way they did. Case papers might contain notings by the judges, or judges’ observations on jury deliberations, so there might be something there.

I have not looked at the Nanavati case papers yet, but all of this discussion around the film Rustom makes me think that it might be well worth looking into. Another way to reconstruct the trial itself would be to use multiple newspaper accounts, or to look at the memoirs of lawyers, judges or public personalities at the time.

Q: In your article published in the Indian Economic and Social History Review, in 2013, [The Colonial Difference between Law and Fact: Notes on the Criminal Jury in India], you have said that the abolition of jury trial is attributed to the role that the media played in the Nanavati trial. Assuming that the media influenced the jury members to decide the way they did, don’t you think abolition could hardly be the answer for this aberration? Is not media guilty of biased reporting of crime and criminal trials these days?

A: It was widely believed that the print media influenced the outcome of the trial. Russi Karanjia’s Blitz covered the Nanavati trial proceedings, and championed his case, claiming time and again that he was innocent. (See Gyan Prakash’s Mumbai Fables for an extensive discussion on Blitz’s coverage) But other Bombay based newspapers covered the trial too, including the role of the jury.

For the purposes of this interview, I briefly looked up The Times of India coverage of the trial at the Sessions Court, especially on the day that the jury’s verdict was given (22 October 1959): “The crowd which packed the courtroom burst into cheers when the foreman of the jury gave the verdict of “not guilty” on the charge of murder at 7 p.m. after spending about two and quarter hours to reach the decision”.

The presiding judge immediately described the jury’s verdict as “perverse”, “most disgraceful and most nauseating”. He claimed that “the whole Constitution was on trial” and that the administration of law had been brought into “contempt” by the way in which the trial was conducted, referring to the public attention that the trial had drawn.

The Times of India also covered the prosecutorial and defence addresses to the jury, noting that when the judge described the nature of the charge, he explicitly directed the jury not to be swayed by what they had seen or heard outside the courtroom, or by the social status of Nanavati and Ahuja. It was clear that the judge was alert to the possibility that the jury would be influenced by what was happening outside the court.

But my article which you have refered to is not exclusively an account of the Nanavati trial. I wanted to trace the reasons for the administrative / judicial reasons for the distrust of the jury. So in the article, I trace out a longer history of the colonial state – which believed that its Indian subjects were easily influenced, highly suggestible, that they could not be impartial in judging their “peers”.

One, it was argued that religious beliefs would not allow jurors to vote guilty and send an accused person to his or her death and two, that the jurors would not understand the language of the courts (at the time, largely English).

My argument was that Nanavati’s trial was probably a pretext for what the independent Indian state already wanted to do (as a result of this colonial history) which was to abolish the practice of jury trials.

Q: The difference between law and fact in colonial Indian debates, according to you, collapsed against the larger framework, and this created a judge-centric model in the post-colonial period, by diluting the power of juries. Is not the distinction between and law and fact an important one, for the purpose of seeking justice?

A: Of course it is. The point I was trying to make was that the jury was traditionally entrusted with the responsibility of weighing the facts, and deciding whether the law (as explained to them by the judge) was in their favour or not.

And in India, because of the colonial state’s distrust of Indian jurors, the distinction between law and fact would have become immaterial for all practical purposes, because the judge took on the responsibility of both judge and jury.

Q: In your article, you observe that the Jury system was born as a result of dissatisfaction with indigenous forms of criminal justice like the panchayati system, the unorganised, arbitrary method of justice dispensation. The qazi in the Islamic criminal legal system, who took into account the social and economic status of the parties to decide punishment in the pre-company court era, is cited as another instance. Was this dissatisfaction valid, and did the jury system help to remedy it?

A: Remember that the English in India had every reason to do away with indigenous forms of justice delivery when it came to cases where they were concerned, because they did not want to deal with a system with which they were unfamiliar. Apart from the pressures of the colonial administrators themselves to “understand” the justice delivery systems in India, Elizabeth Kolsky’s work looks at how criminal law reform in British India was also prompted by the violence committed by the “non-official” white population (merchants, planters etc.)

In both cases, the need for a legal system in British India that mirrored the “liberties” available to Englishmen in England was often brought to the attention to the East India Company and the British government. But as my article notes, this rhetoric of jurors being arbitrary and easily influenced continued even after the jury system was introduced. So, the very description of the indigenous legal system as “arbitrary” was a feature of colonial rule.

Q: Jury system was seen as a strategic move to prevent further discontent and rebellion. While the jury trial was well on its way out in England by 1850, it was obligatory in the high courts of Calcutta, Madras and Bombay in criminal cases. In other words, can one say that jury system was a historical necessity in India of those times?

A: If you read government reports about the state of the criminal jury during colonial times, you can see all shades of opinion – some that argued that the jury should continue to be a feature of the legal system because it was such a mainstay of the English legal system, others that argued that it should be abolished because jurors were so erratic. Many more argued the latter.

By the 1890s, the use of the criminal jury had already become restricted (see Code of Criminal Procedure amendments in 1872 and 1898 that allowed trial judges to refer jury verdicts to the High Courts in case they disagreed with it), showing that the legal system still did not trust jurors.

Through these debates over the nature of the jury, one can see how invested colonial rule was in portraying the “natives” as inexperienced, distrustful or incapable. Instead of looking at whether the jury was a historical necessity or whether the jury worked well,

It is more important to trace the debates, see the different ideologies of government at work, see why people were arguing what they did. That is the work of a legal historian.

Q: What are the potential areas of research on the jury system, which a student of Indian legal history may be interested?

A: There is so much more to be done. Possible research can include a full scale study of jury misdirection cases at the High Court level to figure out what the judge was blamed for. A member of the jury could have been blamed for using complex legal language to explain the charge, leaving out facts, or misunderstanding legal provisions. One can also use reporting to see if the jurors were blamed in those cases because of their religious or linguistic background.

Another possible research can focus on how did the system collapse at the trial level, and whether it was only because of the jurors. Printed colonial law reports on jury misdirection cases would be a great place to start for anyone interested.

A: No published studies that I know of. Mitra Sharafi’s Law and Identity in Colonial South Asia has a brilliant account of the jurors in Parsi matrimonial cases, a civil jury institution that continues to exist in Bombay.

There is no study done on the kind of / number of jury trials in independent India. It would be unethical for us to conclude anything about the significance of the Nanavati trial until these studies are done.