"History Will Not Pardon Us": Read The Full Text Of Justice Kurian Joseph's Letter To CJI Dipak Misra 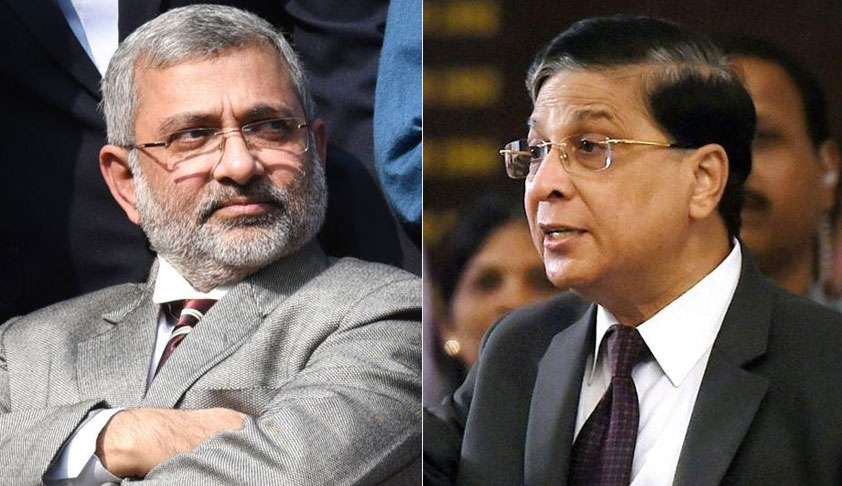 Esteemed Chief Justice Shri Dipak Misraji,Today, we complete three months since we resolved to recommend Ms. Indu Malhotra, Senior Advocate and Justice K.M. Joseph for appointment as Judges of the Supreme Court. To my limited information, it is the first time in the history of this Court where nothing is known as to what has happened to a recommendation even after three months. Government owes...

Today, we complete three months since we resolved to recommend Ms. Indu Malhotra, Senior Advocate and Justice K.M. Joseph for appointment as Judges of the Supreme Court. To my limited information, it is the first time in the history of this Court where nothing is known as to what has happened to a recommendation even after three months. Government owes a duty to take a call on the recommendation as soon as the same is sent from the Collegium. Failure to discharge their duty by sitting over on the recommendations of the Collegium doing nothing, in administrative law, is abuse of power. More than anything else, it sends a wrong message which is loud and clear to all Judges down the line not to cause any displeasure to the Executive lest they should suffer. Is this not a threat to the independence of the judiciary?

When Justice Karnan challenged the dignity of the Court, you may kindly recall that we met in Full Court and resolved to take the issue suo motu on judicial side. The Full Court was also of the view that in such important matters the first seven Judges should sit and deal with the same.

Is not the present a more grievous situation? In Justice Karnan's case if it was a threat to the dignity of the court, the present one is a threat to the very life and existence of the institution. This Court is reeling under pressure of wok and working with a strength of 24 as against 31. You may recall, and as has been the practice, it was our decision to send the names in a phased manner so that there may not be any administrative or other difficulty. We are not able to sit for the second phase since fate of the first phase is not yet known. The dignity, honor and respect of this institution is going down day by day since we are not able to take the recommendations for appointment to this Court to their logical conclusion within the normally expected time. I am more worried about the irreparable injury that is being caused by the wrong message sent to the Judges down the line. It appears, your personal efforts have not been fruitful.

If there is no normal delivery on completion of the gestation period, what is urgently done is a Caesarean section. Unless such a surgical intervention is made at an appropriate time, the child in the womb dies. Therefore, I request you, in the interest of this great institution and independence of the judiciary for which all of us have fought so vigorously and tirelessly, to have an appropriate Bench in the lines of the precedent set by Justice Karnan's case constituted forthwith before the child dies, otherwise I feel, history will not pardon us.