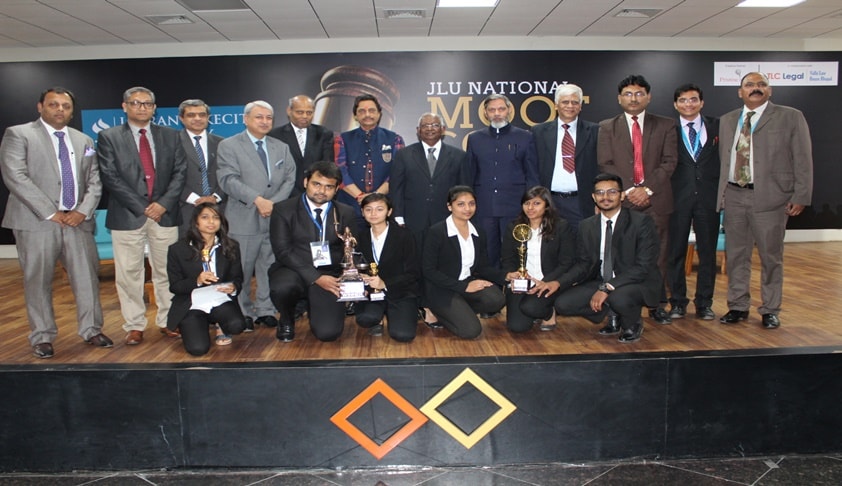 Subscription starts from
₹ 599+GST
(For 6 Months)
View Plans
Premium account gives you:
Subscribe Now
Already a subscriber?
Login
After the grand opening of “The Jagran Lakecity University Moot Court Competition” by Mr. Ram Jethmalani, the second day saw 40 participating teams who contested in the prelims of the competition out of which 8 teams qualified for the quarter-finals.

Renowned personalities from the legal fraternity sat as judges to evaluate the performances of the teams.

In the valedictory ceremony, Justice Balakrishna while congratulating the participants motivated them to join the prestigious profession of law. Justice Ved Prakash Sharma commended the students on their efforts and inspired them to take full advantage of the intellectual atmosphere of law education which his generation was not fortunate enough to get. He also urged the students to focus their study on the emerging sectors like Cyber Law, Competition law, Corporate Law, etc. Mr. V. Sridharan and Mr. Vipin Jain prompted the students to specialize in the potentially lucrative field of GST laws which would consequently help them in establishing a unique identity in the industry. Dr. Bhavani Prasad Panda shed light on the ever-increasing demands in the field of law and legal education. Mr. Satya Prakash complimented the organizers on holding such a grand event and motivated them that such events should be held frequently. Chancellor of the University Mr. Hari Mohan Gupta emphasized the role of these events play in the intellectual development of the youth and expressed similar views to those of Mr. Prakash.