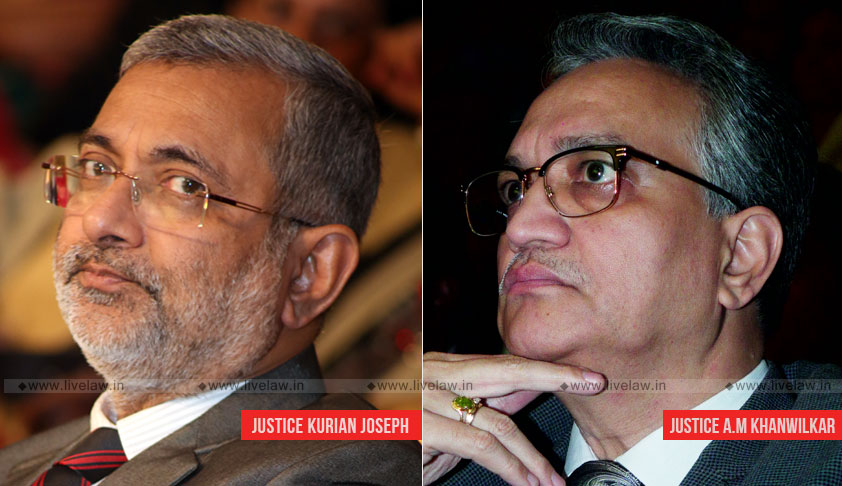 “The present suit instituted by the Trust under the provisions of the Transfer of Property Act, which culminated with the decree of eviction, affirmed up to this Court vide judgment under review, has been rendered without jurisdiction, by operation of law. This being the position after coming into force of the Validation Act 2014 and in particular, the purport of Section 39 as inserted,...

“The present suit instituted by the Trust under the provisions of the Transfer of Property Act, which culminated with the decree of eviction, affirmed up to this Court vide judgment under review, has been rendered without jurisdiction, by operation of law. This being the position after coming into force of the Validation Act 2014 and in particular, the purport of Section 39 as inserted, the decree so passed or undertaking given by NTC cannot be continued or enforced.”

The day is not far off when every judgment can be annulled, a Supreme Court bench had remarked while striking down an amendment brought by a state nullifying a judgment.

A judgment delivered by the apex court on Wednesday in a review petition filed by the Union of India shows how a ‘state’ can easily drag litigations even after it reaches finality in the Supreme Court.

Podar Mills Ltd. (later taken over by National Textile Corporation) was a tenant of the property belonging to a public charitable trust viz. Seth Harichand Rupchand Charitable Trust. The suit filed by the trust was decreed against National Textile Corporation and they were directed to hand over vacant and peaceful possession of the suit premises to the plaintiffs within four months. The appeal filed before the high court by the NTC got dismissed.

The matter reached the Supreme Court and in the year 2011, it dismissed the appeals filed by NTC and gave time to vacate up to 31st December 2013, subject to the filing of a usual undertaking within four weeks, to hand over peaceful and vacant possession to the Trust. The NTC filed undertakings and also application seeking an extension of time.

In the year 2014, the Textile Undertakings (Nationalisation) Laws (Amendment and Validation) Act, 2014, was enacted by the Parliament. Effect of this legislation was that Section 3 of the 1994 Act , as on 1st April, 1994, reads: (3) Notwithstanding the transfer and vesting of any textile undertaking to the National Textile Corporation by virtue of subsection (2), the leasehold rights of the textile undertakings shall continue to remain vested in the Central Government on payment of leasehold rents and shall be discharged, for and on behalf of that Government, by the National Textile Corporation as and when payment of such leasehold rents or any amount becomes due and payable. (4) Subject to subsection (3), no court shall have jurisdiction to order divestment from the National Textile Corporation of the property vested in it by the Central Government.

Powered with this, the Central Government approached the apex court by filing a review petition. It contended that the suit property had vested absolutely in the Central Government and continues to vest in it by virtue of a legal fiction in the Validation Act 2014 and that the decree for possession of the suit premises against NTC could not have been passed and in any case, the same could not be enforced in law.

The bench refused to examine the question whether such a legislation is valid or in excess of legislative competence, leaving it open for the trust to challenge it in appropriate proceedings.

The bench disposed of the review petition observing thus: “We hold that as per the amended Section 3 of the 1995 Act w.e.f. 1st April, 1994, by operation of law the statutory or protected tenancy rights of Podar Mills Ltd. in respect of the suit property stood transferred to and vested in the Central Government and it continues to so vest in it and that the decree against NTC including the undertaking given by NTC has been rendered unenforceable by a legal fiction. As a result, the Trust being the landlord is obliged to take recourse to remedy against the Central Government (Union of India) to get back possession of the suit property, as per the dispensation specified in the concerned Rent Legislation, if it so desires. It is open to the respondents (Trust) to challenge the validity of the Validation Act 2014, if they so desire.”

The contempt petition filed by the trust was disposed of giving liberty to revive the contempt action in the event the challenge to the validity of the provisions of the Validation Act 2014 is upheld and as a result whereof that Act is struck down. The bench also noted that a writ petition challenging the validity of the said Act is pending before the Bombay High Court. The bench observed: “If that challenge succeeds, the position as it stood before the coming into force of the Validation Act 2014 would get revived and then the judgment of this Court dated September 5, 2011 in Civil Appeal No.7448 of 2011 can be taken to its logical end against the NTC.”