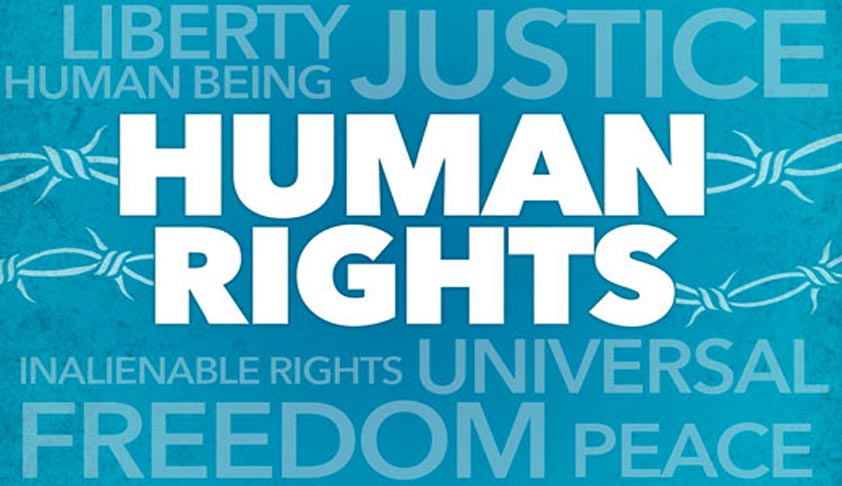 December 10 is remembered as Human Rights day all over the world, but in India November recalls the bloodshed of Sikhs in Delhi and in December citizen remembers the gassassination of millions in Bhopal. Human Rights along with rule of law are under challenge.The Constitution enshrined Rule of Law. It is called rule book of the nation. If a poor is arrested for theft, the rich also should...

December 10 is remembered as Human Rights day all over the world, but in India November recalls the bloodshed of Sikhs in Delhi and in December citizen remembers the gassassination of millions in Bhopal. Human Rights along with rule of law are under challenge.

The Constitution enshrined Rule of Law. It is called rule book of the nation. If a poor is arrested for theft, the rich also

should be arrested for cheating. The Government has spent Rs 27 crore to arrest a fugitive in the name of God, Rampal after he defied the Courts for 42 times. India’s long arms of law, so called could not reach the Warren Anderson for thirty long years. He designed the catastrophe of Bhoposhima. Indian Legal and Administrative System has virtually waited holding breath until he reached 92 and died ignominious  recently on September 29 this year. Killed are those thousands of humans, environment, voiceless animals and the ‘rule of law’ 30 years ago on December 2-3, 1984. The counting goes on as the den of chemical pollution- abandoned Union Carbide Factory- continues to release the toxic gases.  We improved the art of killing our brethren in myriad forms- in the name of religion, to revenge the assassination of a leader, or to defend a fugitive God-man, or just like that.

Delhi was soaked in blood of thousands of Sikhs in November 1984 while Bhopal fumed toxic poisons into breathing of thousands in bloodless corporate coup aided and abetted by the unpatriotic leaders in December 1984.  The holocausts in succession left thousands dead and generations with disease as victims without any remedy till today. Some will face the logical (!) consequences of law, while big, strong, politically leading persons will not, whether they kill, bribe, rape or cause massacre of humanity or environment through a pesticide factory.  In November 1984 anti-sikh riots, just 27 accused in 7 cases were convicted. In all 591 accused in 121 cases were acquitted. A total of 255 cases were booked 326 deceased and 622 accused were arrested. Four are still under trial, after thirty years. Investigation is still pending in one case.  Former Delhi Police Commissioner Ved Barwah said that he was asked to stop the inquiry into the role of police in November riots. After he has completed investigation, he was not allowed to write the report. The criminal trial in Bhopal genocide case is yet to be finally decided and prime accused was not even brought to court of justice.

Warren Anderson comes on 7th December 1984, to Bhopal to see the devastation he caused. Surprisingly our Indian corporate partners dissuaded him.  Local police performed their primary duty by registering an FIR in Hanumangunj Police Station and arrested Anderson immediately after he arrived in the airport, a wonderful thing, which the rulers of nation could not imagine and did not want.  It is a paradox that arrest was not ordered by higher-ups but his release was pressurised from various high power-centres in Bhopal, Delhi Governments, Embassies and New York. While a constable upheld rule of law, the rules such as Prime Minister, Chief Minister and District Magistrate who took oath to uphold Constitution - did all to dent & destroy the rule and law. Arrest and release was a friendly affair wherein Anderson was asked to sign some papers and as he did not have Indian currency, officers pooled in Rs 25000 for bail amount. Anderson was respectfully ‘confined’ in a luxurious room at UCC Guest House of Bhopal. He used the fixed phone from guest house to contact American leaders to bring tonnes of pressure to outweigh tonnes of MIC poison leaked. It is a saga of two Governments, at Delhi and Bhopal, who provided a safe-passage to Warren Anderson, who never looked back thereafter, in spite of extradition efforts. Moti Singh, the District Magistrate of Bhopal in 1984, has claimed that instructions to give bail to Anderson came from the Chief Secretary of Madhya Pradesh.

Former Principal Secretary of late PM Rajiv Gandhi, P.C. Alexander told a tv channel that it was Rajiv Gandhi who commanded Anderson let off. He revealed that PM Rajiv Gandhi and CM Arjun Singh were on hotline followed by one-to-one conference. “He could not have left Bhopal without the knowledge and help of the state government authorities”, media report claimed.

Pilot Captain S. H. Ali, who took Anderson to Delhi on a special flight told a tv channel: "The order (to fly Anderson) came to us from Captain Ashish Sodhi. Generally CM or from his residence through Director of Aviation we get such orders…."He came along with two government officials, the SP and the Collector of Bhopal. When he boarded the plane we came to know that he was Warren Anderson. There was no conversation with him…He was sitting quietly and kept his eyes closed. He looked tired. Tension reflected from his face." The pilot still regretted why he didn't ask the person responsible for so many deaths anything about the incident. He flew off India, only after courtesy meetings with the foreign secretary MK Rastogi and Home Minister P V Narasimha Rao. Executive behaves like this, Legislature does not make law to regulate these foreign disasters that come in the form of investments.

In September 1996, a Bench of the Supreme Court quashed the charges against the accused persons overriding the

submissions of the Additional Solicitor General saying that “there was ample material produced by the prosecution which clearly indicated that all the accused concerned shared common criminal knowledge about the potential danger of escape of the lethal gas”.  Such was also the finding of the Vardarajan Committee, appointed by the Centre. The evidence on record showed: that these accused even though stationed at Bombay, shared the criminal knowledge of the other personnel of the company who were actually handling the Bhopal plant… had criminal knowledge regarding the defective working of the plant and…were no longer interested in its safe keeping…(so that) no remedial steps were taken. Section 35 IPC says- whenever an act, which is criminal only by reason of its being done with a criminal knowledge or intention, is done by several persons, each of such persons who joins in the act with such knowledge or intention is liable for the act in the same manner as if the act were done by him alone with that knowledge or intention. According to this 150 year old established criminal law Anderson could be proved guilty of genocide, i.e., multiple murder, etc. Without going into the extensive evidence on record pointing in the direction of criminal culpability the Supreme Court quashed charges under 304 Part II (culpable homicide not amounting to murder which is attracted if the act done is with the knowledge that it is likely to cause death but without any intention to cause death), 324 (voluntarily causing hurt) and 326 (voluntarily causing grievous hurt) IPC. On June 7, 2010, the trial court convicted all the accused persons under Sections 304-A, 336, 337 and 338 r/w section 35 of the IPC, 1860 and sentenced them to two years imprisonment and a fine of Rs 1,00,000 each which is yet to gain finality. Central Government made a half-hearted-attempt to ‘cure’ the defective apex justice through curative petition that failed as designed. After saying so, let us also remember that it is the innovative role of judiciary that came to rescue of victims to a great extent and evolved law to tackle such tragedies in future, questioned executive on its fallacious policies and gave real succour to sufferers of tragedy.

In such a toxic cloud that darkened ‘rule of law’, there was a ray of light when Hon’ble Sri Mahadev Waman Rao Deo (M W Deo) authored an innovative and historic order on 17th December 1987 as the District Judge of District Court of Bhopal in case of Union of India vs Union Carbide Corporation. His historic pronouncement is this:  “The ghastly tragedy took a toll of more than 2700 lives and manifold more were injured. Some of them were permanently disabled and as much unable to work. In some cases the bread-winner was lost and in others, limbs rendered helpless to win bread. These and number of other cases certainly need payment of money as interim relief which can bring them an assured sum of money to keep their heart and soul together and to provide health care. The need for immediate relief to the gas victims is so obvious nothing more is need to be said.” As civilization grows with scientific development, circumstances come into being which were never contemplated before. Law also must grow to meet the problems raised by such challenges in general including hazards of industrialization in particular….. I therefore hold that in a tort action the civil court has jurisdiction to grant interim compensation. So law will not stand still. It will act in aid of justice to distressed gas victims to move ahead towards amelioration. Law activates the court and the court orders that the defendant UCC will deposit in this court a sum of ‘three thousand five hundred million rupees for payment of substantial interim compensation and welfare measures for gas victims”.  (His portrait and these excerpts rightly adore the walls of library at National Judicial Academy, Bhopal.) He should have been at the apex court to do justice to victims of Bhopal. Nevertheless he has set the ball of ‘law’ rolling which reached its pinnacle of settlement and establishment of principle of absolute liability, the implementation of which is awaited eternally. Toxic genocide is certainly a tragedy but lax and inept rule is more.