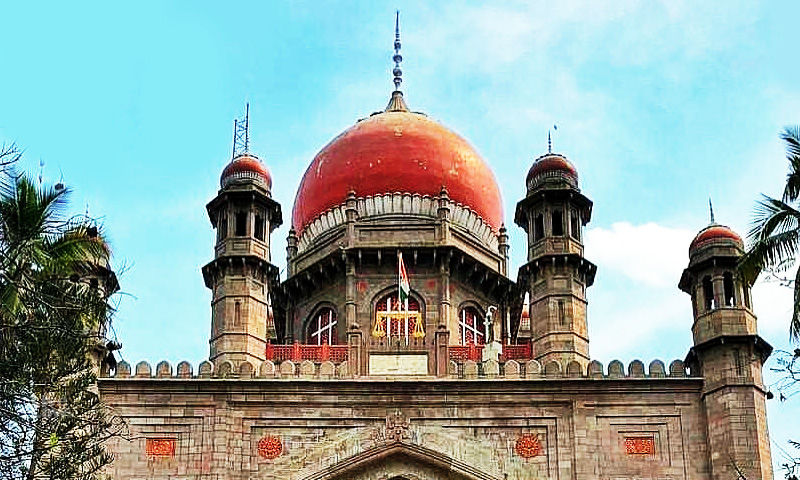 The High Court of Telangana in a Bench consisting of Justice Ujjal Bhuyan and Justice Chillakur Sumalatha in Sirpur Paper Mills Limited & Another. V. Union of India & Two Others held that for the period covered by the Resolution Plan, Income Tax Department cannot carry out any scrutiny or assessment in respect of the Corporate Debtor regarding carry forward of losses and set...

The High Court of Telangana in a Bench consisting of Justice Ujjal Bhuyan and Justice Chillakur Sumalatha in Sirpur Paper Mills Limited & Another. V. Union of India & Two Others held that for the period covered by the Resolution Plan, Income Tax Department cannot carry out any scrutiny or assessment in respect of the Corporate Debtor regarding carry forward of losses and set off against future profits under Income Tax Act, 1961.

The Petitioner/ Corporate Debtor filed a writ petition under Article 226 of the Constitution in the High Court of Telangana seeking quashing of notices under the Income Tax Act sent by the Respondent/ Income Tax Department, with a direction to the Respondents not to reopen their claims which were settled in insolvency proceedings.

Sirpur Paper Mills Limited (Petitioner no.1) was the Corporate Debtor, against whom its Operational Creditor, i.e. M/s. Rama Road Lines and others filed an application for initiating Corporate Insolvency Resolution Process u/s 9 of the Insolvency and Bankruptcy Code, 2016. The NCLT admitted the Corporate Debtor to insolvency on 18.09.2017. By virtue of the order, Section 13 came into play and moratorium was imposed.

Resolution Applicant (Petitioner no. 2) submitted a resolution plan, which was revised and the final resolution plan was approved by the Committee of Creditors on 19.07.2018.

Responding to the notice, the Corporate Debtor, by a letter, said that as the Resolution Plan has been approved by the Tribunal, all proceedings and claims stood discharged by virtue of Section 31(1) of IBC.

Decision Of The High Court

Objective Of The Code

The Court observed that the main objective for the introduction of the IBC appears to provide an effective legal framework for timely resolution of insolvency and bankruptcy proceedings, which would support development of credit markets while encouraging entrepreneurship. The Code also seeks to balance the interest of all stakeholders in the payment of dues. It seeks to improve the ease of doing business, facilitating more investments, in the process leading to higher economic growth and development.

While discussing other provisions of the IBC, the Court noted that Section 31 of the Code provides that once the resolution plan is approved by the Adjudicating Authority, it shall be binding on the corporate debtor and its employees, members, creditors including Central Government, any State Government or any local authority to whom a debt in respect of the payment of dues arising under any law for the time being in force such as authorities to whom statutory dues are owed, guarantors and other stakeholders involved in the resolution plan.

Section 53 provides for the distribution of assets in the order of priority/waterfall mechanism under the Code, clause (e) of which contains the dues of Central and State Government in respect to two years preceding the liquidation commencement date. Thus, it is included in the fifth entry.

Section 238 of the Code states that provisions of IBC shall have effect, notwithstanding anything inconsistent therewith contained in any other law for the time being in force or any instrument having effect by virtue of any such law. Thus, provisions of IBC will override other laws, including the Income Tax Act.

In this regard, the Court took note of the following judgments-

In Dena Bank v. Bhikhabhai Prabhudas Parekh & Co, the Supreme Court held that income tax dues being in the nature of crown debts do not take precedence over secured creditors who are private persons. Thus, the common law doctrine of priority of Crown debts would not extend to providing preference to Crown debts over secured private debts.

The Court relied on the decision of the Supreme Court in Principal Commissioner of Income Tax v. Monnet Ispat and Energy wherein the Court disposed of the Income Tax Appeals filed by the Revenue in view of admission of insolvency resolution application against the assessee, which prohibited institution of suits or continuation of pending suits or proceedings against the him. It also held that Section 238 of IBC makes it clear that IBC will override anything inconsistent contained in any other enactment including the Income Tax Act.

In Committee of Creditors of Essar Steel India Limited v. Satish Kumar Gupta, the Supreme Court referred to Section 31(1) of the Code and held that a successful resolution applicant cannot suddenly be faced with undecided claims after the resolution plan submitted by him has been accepted as this would amount to a hydra head popping up throwing into uncertainty amounts payable by a prospective resolution applicant.

In Ghanashyam Mishra, the Supreme Court held that once a resolution plan is approved by the Adjudicating Authority, all such claims/ dues owed to the Central or State Government, or any local authority, including tax authorities, who were not part of the resolution plan shall stand extinguished.

In the present case, the Resolution Plan itself contained clauses which stated that all dues under the Act whether asserted or unasserted, crystallized or uncrystallized, present or future in relation to any period prior to the completion date shall stand extinguished and the corporate debtor shall not be liable to pay any amount against such demand, which includes all dues, penalties, interest, fines, cesses, etc. under the Income Tax Act, 1961. All assessments or other proceedings relating to the period prior to the completion date shall stand terminated and all consequential liabilities would stand abated. Another clause in the Plan stated that the Corporate Debtor shall be entitled to carry forward the unabsorbed depreciation and accumulated losses and to utilize such amounts to set off future tax obligations.

The Court noted that the period for which the tax authorities wanted to pass an assessment order under Section 143(3) of the Act for limited scrutiny was one covered by the Resolution Plan.

It held that the claims of the Income Tax Department, which are outside the resolution plan would stand extinguished. As regards carry forward of losses and adjustments, the Court held that when carry forward and set off are claimed by the petitioner in the future (beyond the period covered by the resolution plan), the Income Tax Department would be entitled to verify such claim and pass appropriate orders. However, scrutiny or assessment cannot be carried out in the period covered by the Resolution Plan.

Thus, the High Court set aside the impugned notices issued under the Income Tax Act as being wholly unsustainable in law and allowed the writ petition.

Counsel for the Respondent: Ms.Mamatha Chowdary