IBC AND RBI Guidelines Are 'Disjoint Sets', "There Is No Question Of One Prevailing Over The Other": NCLT Kolkata Dismisses Application Filed By SREI Ex Promoter Hemant Kanoria 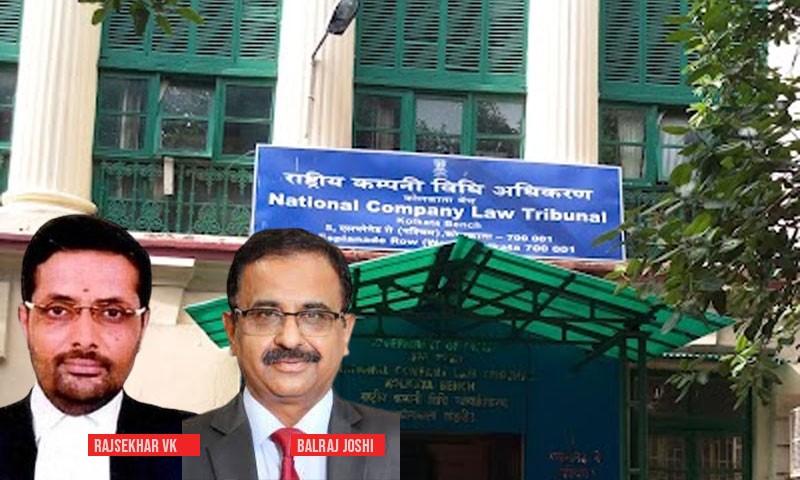 The National Company Law Tribunal ("NCLT"), Kolkata Bench, comprising of Shri Rajasekhar V.K. (Judicial Member) and Shri Balraj Joshi (Technical Member), while adjudicating an application filed in Reserve Bank of India v SREI Infrastructure Finance Ltd., has held that the Insolvency and Bankruptcy Code, 2016 ("IBC") and the RBI Guidelines do not prevail over each other as they have different scope and purpose. The NCLT does not have jurisdiction to adjudicate upon an audit conducted under RBI guidelines.

The application was filed by Ex-Promoter of SREI Infrastructure Finance Ltd. ("SIFL"), Mr. Hemant Kanoria, challenging the KPMG Audit which was conducted under RBI guidelines. The order was passed on 17.05.2022.

SIFL and SREI Equipment Finance Ltd. ("SEFL") are Financial Service Providers and SEFL is a subsidiary of SIFL. These companies had defaulted in repayments to financial facility providers including Axis Bank Ltd. and UCO Bank.

On 01.07.2016 the RBI had issued a 'Master Direction of Fraud' circular wherein Banks were directed to report the fraud status of the accounts in default. First a meeting of the Joint Lenders Forum ("JLF") was to be convened and thereafter a forensic audit of the defaulter was to be concluded within 3 months from the date of JLF meeting. Following which, a complaint could be referred to CBI if any fraud is detected.

Accordingly, Axis Bank and UCO Bank had convened a meeting of the JLF on 24.03.2021 and KPMG Assurance and Consulting Services LLP ("KPMG") was appointed to conduct the forensic audit of SIFL. As per the said RBI Circular, KPMG was obligated to conclude the audit within 24.06.2021, i.e. within 3 months of the JLF meeting.

In 2021, the RBI had filed a petition before NCLT, Kolkata Bench ("Adjudicating Authority"), under Section 227 and 239(zk) of the IBC for initiating Corporate Insolvency Resolution Process ("CIRP") against SIFL and SEFL, for defaulting on repayments to various Financial Creditors including UCO Bank and Axis Bank. On 08.10.2021, the Adjudicating Authority had initiated CIRP and appointed an Administrator for both the companies. The Administrator appointed BDO India LLP ("BDO") as the transaction auditor of SEFL and SIFL under the IBC on 02.11.2021 to probe vulnerable transactions.

An application bearing IA (IB) No.75/KB/2022 was filed by Mr. Hemant Kanoria ("Applicant"), who is the Ex-Promoter, Shareholder and Ex Chairman-cum-Managing Director of SIFL and a shareholder of SEFL, before the Adjudicating Authority seeking setting aside the appointment of KPMG as the auditor and restraining Axis Bank and UCO Bank from proceeding with the process of audit through KPMG.

Contentions Of The Applicant

The Applicant contended that KPMG had continued the audit of SIFL even after the initiation of CIRP, despite Applicant's written requests to stop the finalising the audit report in view of CIRP commencement. It was submitted that the KPMG audit arises out of insolvency and is connected with insolvency, because the CIRP is RBI-driven. KPMG had conducted the audit without consulting the management and thereafter a 'draft report', followed by a 'preliminary report' and a 'final report' was circulated to lenders behind the back of the management. The Applicant alleged that the report was tailored to suit the requirements of the lenders, who wanted to "implicate" the ex-management of the SREI entities. Further, KPMG has accepted that the reports were incomplete.

It was submitted that as BDO had been appointed as a transactional auditor under the IBC, therefore a previous parallel audit cannot continue. It was further contended that by virtue of Section 238 of IBC, which provides for overriding effect of IBC over other laws, IBC will have precedence over the RBI Circular. Therefore, the transactional audit being conducted under IBC should get precedence.

The Applicant submitted that it has locus standi to file the application in view of Section 31 of the IBC, as he is a stakeholder of the Corporate Debtor.

KPMG submitted that its report was completed on 22.12.2021 with the participation of the suspended management and was circulated on 28.12.2021 and 29.12.2021 to Axis Bank and UCO Bank. It was submitted that the delay in submission of the report is for the RBI to deal with and has no connection with the CIRP. The cause of action of the Applicant was against the Banks and not KPMG as the latter is only incidental to the cause. Further, the application had become infructuous as the investigation by KPMG was over and report had been submitted.

The Banks contended that the Applicant's prayer that the KPMG report should not be used for any purpose is devoid of any legal ground. The KPMG report is not hit by the moratorium under Section 14 of IBC as it is not pertaining to civil action against the Corporate Debtor. Section 236 of IBC clearly states that criminal proceedings against Corporate Debtor are to be dealt by IBBI and the Central Government; the Adjudicating Authority would have no role to play. The lender Banks cannot be directed to not to take any action against the erstwhile promoters. Further, the breach of timelines under the RBI Circular is a matter to be resolved between the Banks and the RBI, the Applicant cannot seek stoppage of audit on this ground.

(a) Whether the Applicant has locus?

(b) Whether this Adjudicating Authority has jurisdiction?

(c) Whether the Code will prevail over the RBI guidelines?

Observations Of The Adjudicating Authority

The Adjudicating Authority held that the Applicant has locus standi to file the Application.

The Adjudicating Authority observed that the KPMG audit was commissioned by the lenders was under the aegis of the RBI Circular, which have the statutory force. Reliance was place on the judgment of Supreme Court in Central Bank of India v Ravindra & ors., (2002) 1 SCC 367, wherein it was held that the RBI has the authority of issuing binding directions.

Accordingly, the Adjudicating Authority held that:

"Therefore, we hold that this Adjudicating Authority, with the powers vested under the Insolvency & Bankruptcy Code, 2016, lacks the jurisdiction to stop an audit commissioned under RBI circulars, the intent of which is altogether different."

The Adjudicating Authority opined that the KPMG audit under RBI Circular aimed at fast dissemination of information by the RBI to banks on the details of frauds, unscrupulous borrowers and related parties, based on banks' reporting, so that necessary safeguards/preventive measures may be taken while dealing with such parties by banks.

"Therefore, the Code and the RBI circulars work in different fields and are, in a manner of speaking, disjoint sets. The adequacy or otherwise of KPMG's audit report would no doubt be determined by the lenders. We do not see any possibility of conflict between the two. There is no question of one prevailing over the other."

It was observed that the audit under the RBI circular and the audit under the IBC operate in different fields and are for different purposes. There is no conflict or repugnancy to attract the non-obstante clause in Section 236 of the IBC. The Adjudicating Authority held that it did not have the jurisdiction under IBC to adjudicate on methodology, adequacy and end-use of the KPMG report. The Applicant was given liberty to raise these issues before the appropriate judicial forum.

Whether Two Audits Can Continue Simultaneously

The Adjudicating Authority opined that the two audits had different scope and purpose and could continue parallel to each other.

Decision Of The Adjudicating Authority

The Adjudicating Authority dismissed the application.