Supreme Court Declares Noida As An Operational Creditor Under The Insolvency And Bankruptcy Code, 2016 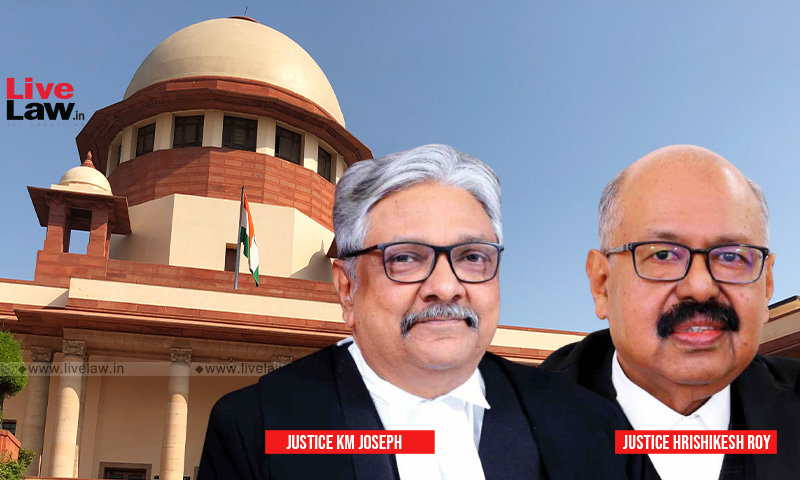 Supreme Court in the case of New Okhla Industrial Development Authority versus Anand Sonbhadra held that the NOIDA is an operational creditor under the provisions of the Insolvency and Bankruptcy Code, 2016. (IBC/Code) The Bench comprising of Justice KM Joseph and Justice Hrishikesh Roy dismissed the appeal filed by NOIDA against the judgment of the National Company...

Supreme Court in the case of New Okhla Industrial Development Authority versus Anand Sonbhadra held that the NOIDA is an operational creditor under the provisions of the Insolvency and Bankruptcy Code, 2016. (IBC/Code)

The Bench comprising of Justice KM Joseph and Justice Hrishikesh Roy dismissed the appeal filed by NOIDA against the judgment of the National Company Law Appellate Tribunal (NCLAT) wherein NCLAT held that the NOIDA is an operational Creditor under IBC and cannot be considered as a Financial Creditor of the Corporate Debtor under the provisions of the Code.

National Company Law Tribunal (NCLT), Bench IV, New Delhi while adjudicating an application filed by NOIDA held that the NOIDA is an operational creditor as there is no financial lease executed between NOIDA and the Corporate Debtor as per the Indian accounting standards and the same was affirmed by NCLAT vide order dated 16.04.2021 whereas the NCLT, Principal Bench, New Delhi in another case held that the NOIDA is a Financial Creditor and the order was stayed by NCLAT.

Whether NOIDA Is A Financial Creditor Under Section 5(8)(D) Of IBC.

NOIDA contended before the Supreme Court that the lease deed executed between the NOIDA and Corporate Debtor is a financial lease as per the Indian Accounting Standard and therefore by the virtue of Section 5(8)d) of IBC, NOIDA qualifies as a Financial Creditor.

"Section 5(8)(d)- "the amount of any liability in respect of any lease or hire purchase contract which is deemed as a finance or capital lease under the Indian Accounting Standards or such other accounting standards as may be prescribed;"

The Supreme Court made a roving inquiry into the various rules of the Indian Accounting Standards which define the characteristics of a financial Lease. Supreme Court referred to Rule 63 of the IAS which states that a lease will be a financial lease if the term of the lease is for the major part of the economic life of the underlying assets, even if the title is not transferred. The Supreme Court held that the lease in question is for a period of ninety years and the principle of the economic life of the underlying asset which is the "land" is inapposite in the present case.

"…The economic life of land is not limited. The principle in the said situation is predicated with reference to measuring the economic life of an asset. More importantly, it speaks of the major part of the economic life of the asset. Both these concepts are inapposite and even inapplicable with regard to land. Land does not depreciate with the passage of time. Ordinarily, the price of land would only increase, unlike other assets" (Para 68 of Judgement)

The Supreme Court further held that;

"…It may not be possible to hold that the lease is for the major part of the economic life of the land. It cannot be said that at the expiry of 90 years the land will cease to be economically usable. Therefore, we cannot accept the argument of the appellant that after 90 years appellant would not get the empty parcel of land and the land would not be of any commercial use to the appellant after the expiry of the lease." (Para 73 of Judgement)

Thereafter, the Supreme Court examined the contention of NOIDA based on Rule 62 and 65 of IAS which states that a lease may be classified as a financial lease if it transfers substantially all the risks and rewards incidental to the ownership of the underlying asset and held that all rewards incidental to the ownership are not transferred to the lessee by NOIDA and thus the conditions of Rule 62 and 65 do not meet in the present scenario and therefore, NOIDA cannot be considered as a Financial Creditor under Section 5(8)(d) of IBC.

However, Supreme Court made an interesting observation hinting toward a prospective amendment by the Central Government to classify NOIDA as a Financial Creditor and held that;

"Therefore, we would find on the whole that the appellant is not the financial lessor under section 5(8)(d) of the IBC. No doubt we would observe that we have arrived at the findings based on the prevailing statutory regime. Needless to say, there is always power to amend the provisions which essentially consist of the Indian Accounting Standards in the absence of any rules prescribed under Section 5(8)(d) of the IBC by the Central Government" (Para 121 of Judgement)

Whether NOIDA Is A Financial Creditor Under Section 5(8)(F) Of IBC.

The Supreme Court also examined the case of NOIDA in view of Section 5(8)(f) of the Code which classifies a creditor as a financial Creditor in the case of a debt which;

"5(8)(f): any amount raised under any other transaction, including any forward sale or purchase agreement, having the commercial effect of a borrowing;

The Supreme Court negated the contention of NOIDA and held that;

"138. We are of the view that in the facts of the appeals before us, we are unable to hold that the lessee has raised any amounts from the appellant. The question, therefore, of considering the last limb of Section 5(8)(f), namely, whether it has commercial effect of a borrowing could not arise. But we can safely say that the obligation incurred by the lessee to pay the rental and the premium cannot be treated as an amount raised by the lessee from the appellant…"