IBC Not Intended To Be Substitute To A Recovery Forum: SC Reiterates [Read Judgment] 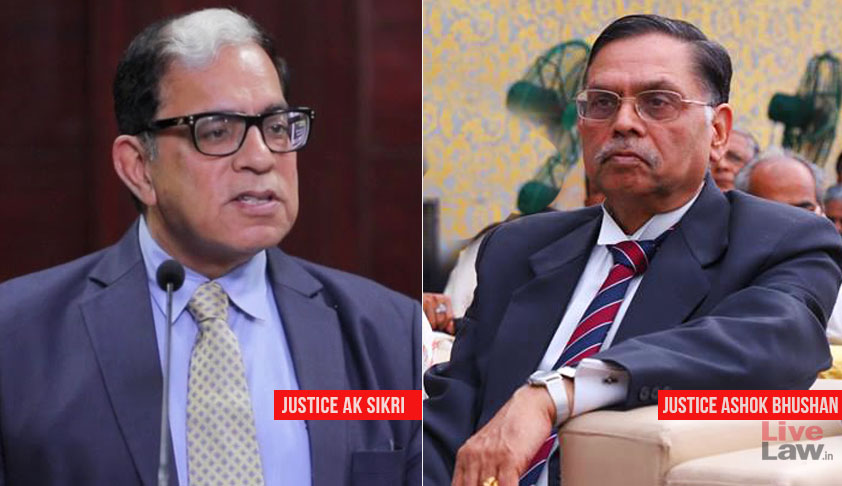 ‘Whenever there is existence of real dispute, the IBC provisions cannot be invoked.’

While setting an order of National Company Law Appellate Tribunal (NCLAT), the Supreme Court has reiterated that existence of an undisputed debt is sine qua non of initiating corporate insolvency resolution process (CIRP).

Equipment Conductors and Cables Limited had filed a petition under Section 9 of the Insolvency and Bankruptcy Code, 2016 before National Company Law Tribunal. NCLT dismissed the petition observing that the very claims were subject matter of arbitration and the award was passed rejecting these claims as time-barred.

In the appeal filed before NCLAT, it observed that a prima facie case has been made out by the petitioner and said that if appeal is allowed and corporate insolvency resolution process is initiated against Transmission Corporate of Andhra Pradesh Ltd., the government undertaking may face trouble.

While posting the case for ‘admission’, the NCLAT stated: “Therefore, by way of last chance we grant one opportunity to respondents to settle the claim with the appellant, failing which this Appellate Tribunal may pass appropriate order on merit.”

Terming this order “a wielded threat”, the bench comprising Justices AK Sikri and Ashok Bhushan observed that the NCLAT has not discussed the merits of the case and also not stated how the amount is payable to the respondent in spite of the events which were noted by the NCLT as well. “Notwithstanding, it has given wielded threat to the appellant by giving a one chance, 'to settle the claim with the appellant (respondent herein), failing which this Appellate Tribunal may pass appropriate orders on merit'. It has also stated that though the matter is posted for admission on the next date, the appeal would be disposed of at the stage of admission itself. There is a clear message in the aforesaid order directing the appellant to the amount to the respondent, failing which CIRP shall be initiated against the appellant.”

The court, referring to provisions of the IBC, said the adjudicating authority has to satisfy itself that there is a debt payable and there is operational debt and the corporate debtor has not repaid the same. The bench also referred to recent judgment in Mobilox Innovations Pvt. Ltd. v. Kirusa Software Pvt. Ltd. and said whenever there is existence of real dispute, the IBC provisions cannot be invoked.

“In a recent judgment of this Court in Mobilox Innovations Private Limited vs. Kirusa Software Private Limited, this Court has categorically laid down that IBC is not intended to be substitute to a recovery forum. It is also laid down that whenever there is existence of real dispute, the IBC provisions cannot be invoked,” the bench said setting aside the NCLAT order.