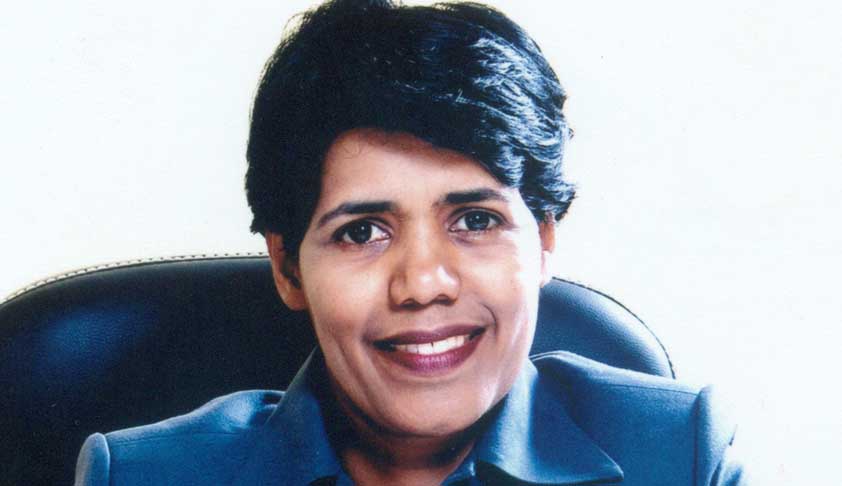 On 1st July 2013 Justice P. Sathasivam and Justice Jagdish Singh Khehar of Supreme Court of India delivered a judgment in Karthi@ Karthick v. State represented by Inspector of police, Tamil Nadu. This is a record breaking judgment not because it has laid down a new theory or new school of legal thought or latest method of interpretation of law but it will be regarded as the ideal example...

Subscription starts from
₹ 599+GST
(For 6 Months)
View Plans
Premium account gives you:
Subscribe Now
Already a subscriber?
Login
On 1st July 2013 Justice P. Sathasivam and Justice Jagdish Singh Khehar of Supreme Court of India delivered a judgment in Karthi@ Karthick v. State represented by Inspector of police, Tamil Nadu. This is a record breaking judgment not because it has laid down a new theory or new school of legal thought or latest method of interpretation of law but it will be regarded as the ideal example of judicial laxity as it disclosed the identity of the rape victim 62 times in a nine pages judgment which invariably would have attracted the offence under Section 228A of the Indian Penal Code if it were others.

The case before the Supreme Court of India in Karthi@ Karthick where the appellant was convicted for the offences under sections 376 and 417 of the Indian Penal Code by the Assistant Sessions Judge, Virudhunagar by an order dated 30th November 2004. The aforesaid conviction was affirmed by the Additional District and Sessions Judge (Fast Track Court) Virudhunagar in 2005. The appellant’s Revision Petition was also dismissed by the Madurai Bench of the Madras High Court in 2006 and hence the appellant approached the Supreme Court of India. The Apex Court in this case analysed the evidence of witnesses in detail, heard the arguments advanced by the counsel for the appellant, who placed reliance on an earlier judgment. The Supreme Court answered each and every contention raised by the counsel and dismissed the appeal by holding that “we find no merit in this appeal” and directed to take the appellant/accused into custody to serve the remaining part of the sentence as he was on bail.

This judgment bestows scant regard when it comes to the question of revealing the identity of the rape victim. It is not an isolated incident. The following cases will also highlight the same issue:-

Section 228-A of the Indian Penal Code has been introduced by the Criminal Law Amendment Act of 1983 to prevent social victimisation or ostracism of the victim of a sexual offence  and it prohibits the disclosure of identity of the victim of certain offences and the section reads as follows:

is alleged or found to have been committed (hereafter in this section referred to as the victim) shall be punished with imprisonment of either description for a term which may extend to two years and shall also be liable to fine.

(a) by or under the order in writing of the officer-in-charge of the police station or the police officer making the investigation into such offence acting in good faith for the purposes of such investigation; or

(b) byor with the authorisation in writing of, the victim; or

(c) where the victim is dead or minor or of unsound mind, by, or with the authorisation in writing of, the next of kin of the victim:

Provided that no such authorisation shall be given by the next of kin to anybody other than the chairman or the secretary, by whatever name called, of any recognised welfare institution or organisation.

(3) Whoever prints or publishes any matter in relation to any proceeding before a court with respect to an offence referred to in sub-section (1) without the previous permission of such court shall be punished with imprisonment of either description for a term which may extend to two years and shall also be liable to fine,

Explanation.—[The printing or publication of the judgment of any High Court or the Supreme Court does not amount to an offence within the meaning of this section.]”

The legislature in its wisdom found it necessary for a police officer to mention the name of the rape victim while conducting investigation about that crime; hence a police officer acting in good faith for the purpose of such investigation is exempted expressly in the statute. Sub-section(3) prohibits anyone from  printing and publishing of any proceeding about rape cases before any Court without previous permission of such Court,  violation of this shall be punished upto 2 years imprisonment and  also with fine. But the printing and publishing of any judgment of High Court or Supreme Court will not come under this section, so anyone can with impunity reproduce the judgement of High Courts or Supreme Courts.The judges who are the authors of the judgment are not disallowed to write and disclose the victims name in the judgments consequently others are allowed to publish the same, the casualty being the legislative intent of keeping the identity of the victim under wraps turns abortive.

“2. We do not propose to mention name of the victim, section 228-A of the Indian Penal Code, 1860 (in short ‘IPC’) makes disclosure of identity of victim of certain offences punishable. Printing or publishing name of any matter which may make known the identity of any person against whom an offence under Sections 376, 376-A, 376-B, 376-C, or 376-D is alleged or found to have been committed can be punished. True it is, the restriction does not relate to printing or publishing of judgment by High Court or Supreme Court. But keeping in view the social object of preventing social victimisation or ostracism of the victim of a sexual offence for which Section 228-A has been enacted, it would be appropriate that in the judgments, be it of this Court, High Court or lower Court, the name of the victim should not be indicated we have chosen to describe her as ‘victim’ in the judgment”.

As Justice Arijit Pasayat, who authored the above judgment realised that it is taboo to disclose the name of the victim, so he had quoted the very same paragraph(above quoted) in so many cases, viz.

But the irony is that Justice Arijit Pasayat who authored all these above judgments yet failed to preserve the identity of the rape victims under wrap.

The importance of a Supreme Court judgment lies not only it is the final one but also because these judgments are referred to time and again by the legal fraternity and others, besides Article 141 of the Indian Constitution says it is binding on all Courts in India.

In Central Board of Dawoodi Bohra Community and Another v. State of Maharashtra and Another Supreme Court explained that ‘the law laid down by this Court in a decision delivered by a Bench of larger strength is binding on any subsequent Bench of lesser or co-equal strength. A Bench of lesser quorum cannot doubt the correctness of the view of the law taken by a Bench of larger quorum’.In addition to that, in Union of India v. Reghubir Singh [MANU/SC/629/1989] a five judge bench of the Supreme Court speaking through Chief Justice Pathak held that “Pronouncement of a Law by a division Bench of this Court is binding on another division Bench of the same or lesser number of Judges. The judgment further states that in order that such decision be binding, it is not necessary that it should be a decision rendered by the Full Court or a Constitution Bench of the Court. This is again quoted in Chandra Prakash and Others v. State of U.P. and another. The Bombay,  (K.P.Doctor v. State of Bombay), and Karnataka, (State v. South Central Railway) High Courts have held that the obiter dicta of the Supreme Court is also ‘law’ within the meaning of Art.141, and hence binding on all Courts (Dr. J.N. Pandey, The Constitutional Law of India, Chapter 22, pg 533..)  In A.S. Gauraya and Another v. S.N. Thakur and Another, Supreme Court held that “there is nothing like any prospective operation alone of the law laid down by this Court. The law laid down by this Court applies to all pending proceedings as well”. In another case, I. Manilal Singh v. Dr. H. Borobabu Singh and another it was explained that “Art. 141 declares the binding effect of the law declared by the Supreme Court which is a clear provision to indicate that the meaning of ‘law’ is to be understood as declared by the Supreme Court. Obviously, it is not for any one else including the Speaker to decide what the ‘law’ is, and make an interpretation of the ‘law’ contrary to the declaration of the law made by the Supreme Court”.

When Judges of Supreme Court disclose the name of the rape victim in judgments, repeat the same time and again, point out the need to amend the section so as conceal the exposure of the victims identity, As far as the victims are concerned, whether the disclosure was at the hands of the media or by the Judge, the result is same.

It is worth to mention here  an unusual verdict given by the Pune District Court, wherein Justice P.B. Sawant, a former Supreme Court Judge filed a defamation case  against Times Now, which allegedly wrongly displayed his photograph for about 15 seconds on September 10, 2008, in a Provident Fund Scam involving Justice P.K. Samanta of Calcutta High Court. CBI on 3rd July 2010 filed charge sheet against 77 accused persons including six retired Judges (three of whom were serving in High Courts) for corruption and fraud in the sensational ‘P.F.Scam’. The District Court of Pune ordered ‘Times Now’ to pay damages to the tune of Rs.100 crore to Justice Sawant. The news channel maintained that it had already apologised to Justice Sawant and the apology was shown on the news scroll for five days after the news was telecast. Supreme Court of India on 14th November 2011 refused to interfere with a Mumbai High Court order directing Times Global Broadcasting Co. Ltd to deposit Rs.20 crore in cash and Rs. 80 crore as bank guarantee in the court as a condition precedent to its appeal against the former Apex Court Judge P.B. Sawant for defaming him.

Defaming the former judge by showing his photograph for 15 seconds in a news item  is worth 100 crore as compensation, these victims of disclosed identity in public whether deserves anything less?

May be the Supreme Court of India by invoking its correctional powers would expunge the identity of these rape victims belatedly, yet the damage control exercise does not alleviate the woes of the victims, their families and friends.

Since, the Judges of Supreme Court did not address this delicate issue by upholding sacrosanctness of law themselves as they failed to assimilate the legislative concern, hence it is time the legislature has to step in to shield these victims from ignominy by incorporating appropriate provisions in law.