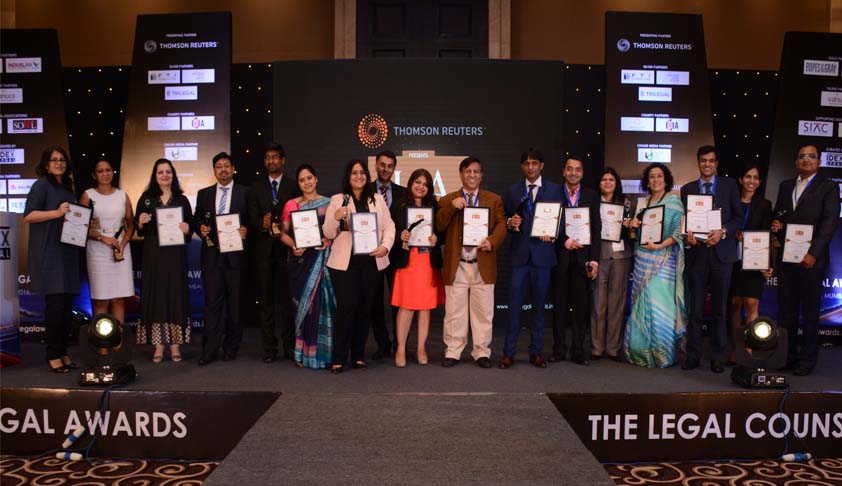 In association with Thomson Reuters, IDEX Legal curated the 13th edition of The Legal Counsel Congress (LCC) and 5th edition of IDEX Legal Awards (ILA) at St. Regis, Mumbai on April 27.India’s annual general counsel gathering, the LCC brought together global legal heads from across Asia, Europe, and the United States to address the challenges faced by GC’sas a result of their broadening...

India’s annual general counsel gathering, the LCC brought together global legal heads from across Asia, Europe, and the United States to address the challenges faced by GC’sas a result of their broadening roles as intrinsic business partners.

The LCC was presented by Thomson Reuters, the leading global legal technology provider. The Gold Partners for this gathering were Ropes & Gray and IndusLaw, Silver Partners were FTI Consulting, Rajah and Tann and Trilegal. Vahura was the Talent Partner and Workshop Partner was Eversheds.

IDEX Legal also used the LCC as an opportunity to launch the first ever General Counsel Benchmarking Report in association with Thomson Reuters. The special guest at the LCC, Mr.Santosh Hegde; Former Justice of The Supreme Court of India moved the audience with a stirring speech on Ethics and Morality in Public life.

Following the conference, the evening was marked by The IDEX Legal Awards, felicitating and honouring the best in the legal space.The ILA’s is recognised as the toughest and most rigorous awards in the region and is unique in clearly identifying those in-house legal departments, corporate counsels, managing partners, and law firms who have achieved excellence in their specific roles and clearly demonstrated that to our senior global jury.

As a part of their philosophy of showcasing the best of the legal fraternity, IDEX Legal again tied up with legal charities Thomson Reuters Foundation and IDIA showcasing some of the astounding work being done by lawyers around the region. The awards raised broke records in fund raising for IDIA, a project that empowers underprivileged students through legal education.

Speaking about the conference and awards, VikasVij, Managing Director at IDEX Legal said, “The LCC is India's premiere thought leadership forum dedicated to bringing the in-house community together, with 80% of our audience being GC's or the second in command. Over the years we’ve been focused on evolving a platform that acts as a roadmap for the legal community helping them ideate solutions to the increasing challenges they face in their ever expanding roles. and we’re delighted our 13th edition of the LCC moves closer to that objective for GC’s across South Asia. This year at ILA’s, we launched our online submission system and brought in 4 international experts, making it more challenging than ever before strengthening our position as THE award of meritocracy and integrity within India. And two icings on the cake for us were Ret’d Justice Hegde’s valedictory speech looking at the role of ethics in professional and personal lives; and raising significant contributions for IDIA which will help educate underprivileged children looking to break into the legal profession.”

Winners at the fifth edition of ILA’s include:

Woman in Legal Leadership, The WILL Power: Kosturi Ghosh- Trilegal

Managing Partner of the Year:Rajiv Luthra, Luthra and Luthra Associates

Law Firm of the Year:Trilegal

Legal Department of the Year (Mid-large): Mahindra and Mahindra

The Rising star of the Year: Anjali Ghosh- American Express