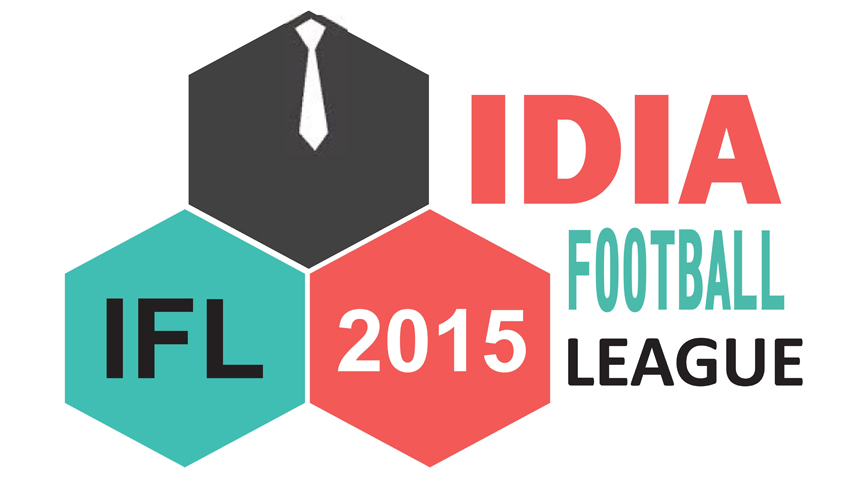 Mumbai is all set to host the 2015 edition of the IDIA Football League (IFL), powered by Vahura and partnered by Tilt All Day and Sporting Easy, on September 5 and 6 this year. IFL 2015 comes as the second installment to the highly successful tournament last year, which saw participation from fourteen teams representing various law firms and corporate houses. This year the tournament will see larger participation with 20 teams fighting it out for the two trophies – IFL CUP 2015 and IFL PLATE 2015.

The IFL is conceptualised as a football tournament held in Mumbai exclusively for participation by law firms and legal teams of corporate houses. IDIA is organising the IFL to raise money to sponsor the legal education of IDIA Scholars studying at National Law Universities and other leading law colleges.

This year’s edition will be held on September 5 and 6 at Kamala Mills Ground, Lower Parel, Mumbai. The tournament will feature upto 6-a-side team with each team playing at least 4 match in the league stage. The duration of the matches will be 15 minutes each, with two halves of seven minutes each. The IFL 2015 will conclude with an award ceremony and a fundraising evening, IFL Night, on September 6.

The Increasing Diversity by Increasing Access to Legal Education (IDIA) project is a nationwide movement that trains underprivileged students and helps transform them into leading lawyers and community leaders.

The first edition of the event, held in September 2014, which featured teams from a number of well-known law firms such as AMSS, WadiaGhandy& Co., Bharucha& Partners, Trilegal, Khaitan and Co and JSA among others, saw Bharucha& Partners walk away with the Winner’sTrophy beating JSA in a nail-biting Championship final encounter.