IDIA Football League 2016: A Weekend to Celebrate Diversity through Sport 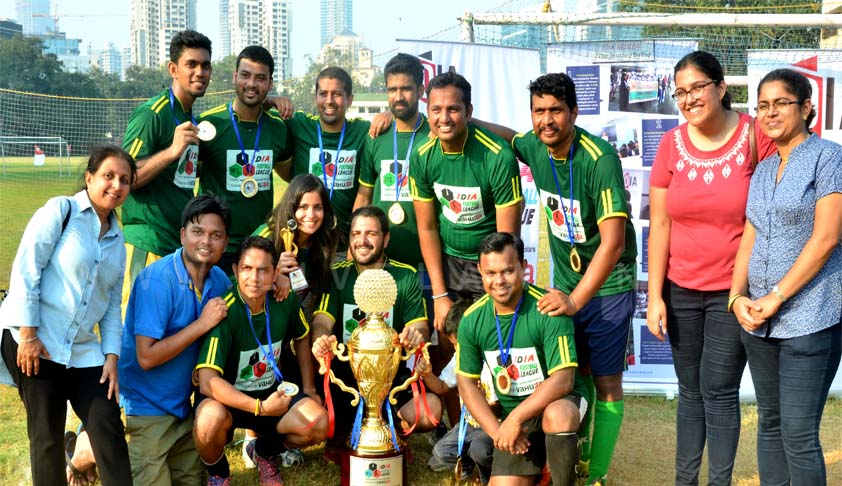 IDIA (Increasing Diversity by Increasing Access) organised the 3rd edition of its annual fundraising tournament- the IDIA Football League- in Mumbai on October 15th& 16th 2016. As with the previous editions, the IFL 2016 was powered by sponsor & partner, Vahura. The IFL weekend this time came with the added bonus of the IDIA Awards Night, with Harsha Bhogle as the Chief Guest, on Saturday, 15th October.


The 18 teams that showed their support for diversity and inclusion in the legal profession included:

A group of dedicated volunteers from GLC Mumbai- taking care of the organisation, logistics, and preparations for the tournament.

In 2016- IDIA’s sixth year- this annual event took place in Mumbai for the first time, at the Mumbai Police Gymkhana on Marine Drive, and was the opening night of the IFL 2016.

The night opened with Prof. Shamnad Basheer (IDIA Founder & Managing Trustee) welcoming the audience and sharing insights on the connection between inventiveness and the lack of resources, and how there is much to learn from being open to a diversity of ideas & perspectives. Mr. Bhogle then addressed the audience at the event on the subject of “Creating Champs and Making Mavericks”, in which he drew the distinction between having resources and being resourceful, and of the revolutionary potential of questioning the status quo and utilising each opportunity that comes one’s way.

The theme of resourcefulness and drive in the face of adversity continued through the night with the release of IDIA’s newest video, featuring IDIA Scholars Ms. Karthika Annamalai and Mr. YogendraYadav. The screening of the video was followed by Mr.Yadav’s awe-inspiring account of his fights for his community’s entitlements. (More accounts of the IDIA Scholars’ stories in their own words were debuted as a compilation that night, and are available on the IDIA website.)

IDIA also takes pride in the multifarious talents of the IDIA Scholars. Some of this talent was showcased at the IDIA Awards Night, with musical performances by Mr. Dipin Kumar and Ms. Christina Maria Charles, both young IDIA Scholars.

This year, the institutions felicitated as IDIA’s Champion Partners were:


The overwhelming support of individuals enabling the cause was recognised with the IDIA Champion awards, which went to:


The weekend on the whole was focussed towards, and succeeded in, fostering the spirit of collaboration, healthy & equitable competition, and inclusion. IFL 2016 and the 2016 IDIA Awards Night enforced the optimism that this spirit would thrive and be represented in ever increasing strength at the next editions of both events.