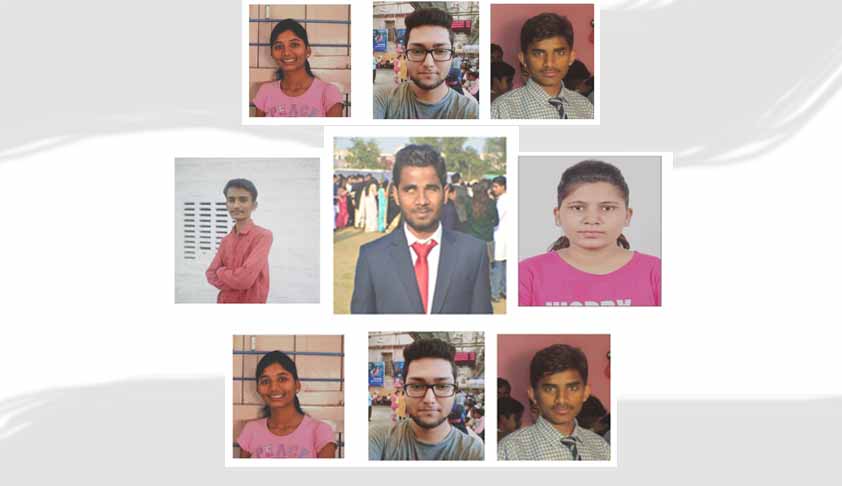 IDIA (Increasing Diversity by Increasing Access to Legal Education) continued its success this year as well, with eight of their scholars making it to the leading law schools in India through the first CLAT allotment list. Another scholar made it to the NLU Delhi, which runs its own entrance exam (AILET). More scholars are expected to make the cut, with other lists yet to be...

IDIA (Increasing Diversity by Increasing Access to Legal Education) continued its success this year as well, with eight of their scholars making it to the leading law schools in India through the first CLAT allotment list. Another scholar made it to the NLU Delhi, which runs its own entrance exam (AILET). More scholars are expected to make the cut, with other lists yet to be released.

IDIA scholars have proved their mettle time and again, swimming against the tide and performing with aplomb. Following is the profile of this year’s achievers, as retrieved from an IDIA release:

Anoop has overcome many hurdles with hard work and determination to fulfill his dreams. He has never let his visual impairment get in the way of his dreams. Rather he made the best of his adverse circumstances, exemplifying grit and resilience of the highest order. Hailing from Gardih, a small town in Jharkhand, where his father works as a farmer, he burnt the midnight oil to train for CLAT. Little wonder then that his hard work paid off and he’s made it to NUJS Kolkata, one of the top 5 law schools in the country today.

Aarif hails from one of Kashmir’s worst militant-hit zones, Pattan, a small town in Baramullah district of Jammu and Kashmir. His father is a farmer by occupation and earns a salary of INR 4,000 per month, and his mother is a homemaker. He was introduced to law and IDIA by his cousin Musharaf, also an IDIA scholar, at NUJS, Kolkata. His hard work paid off and he made it to the prestigious NLU Delhi, one of the top 5 law schools in the country today.

When asked what he expects from life at an NLU, Aarif was quoted as saying, “I have learnt so much in this year and I am still learning. Throughout the year I have learnt from books and now I will learn from my life experiences. Finally, I am getting a platform where I can form my own opinions and influence the society. Hoping to have a long and fruitful journey ahead.”

Mukesh hails from Surpura Khurd, Bhopalgarh, in Rajasthan. His father is a farmer, and his mother is a home-maker. A hardworking and sincere student, Mukesh was determined to succeed even in the face of great adversity. Despite attending substandard coaching with no books or proper teaching facilities, Mukesh worked hard for CLAT 2017. IDIA recognized his drive to succeed and shifted him to an affiliate coaching centre (CrackClat), where Mukesh’s perseverance and dedication saw his performance rise dramatically. With additional coaching from the IDIA Rajasthan Chapter, he has performed exceptionally well in CLAT and secured a seat at the top law school in the country – NLSIU, Bangalore. Mukesh now wants to become a leading litigation lawyer.

Swarna Latha is a resident of Peddathanda village, in the Nalgonda District of Telangana. She belongs to the Lambadi tribe. Her father is a farmer, and her mother is a homemaker. A very bright and diligent trainee, Swarna Latha was trained by the Hyderabad Chapter of IDIA. Through her hard-work and determination, Swarna Latha has secured a seat in National Law University, Odisha.

When asked about her inspiration, Swarna Latha gives a beautiful narration: “This will seem silly I know, but my greatest inspiration is a lotus flower. A lotus starts out in really murky dirty water in terrible conditions but despite that, it grows into a beautiful flower that everyone loves and it even became the national flower of India! If a lotus can do that, so can I.” (Translated from Telugu)

Meraka Mani is a resident of Kusalapuram village, in Srikakulam District of Andhra Pradesh. Mani wants to pursue law with the ultimate objective of becoming an IAS officer. She believes that studying law will strengthen her understanding of society which is essential to devise solutions to the existing problem of economic instability. She has secured a seat in DSNLU, Visakhapatnam.

Sundarshyam hails from Bethampudi village in Khammam District of Telangana State. Trained and mentored by IDIA’s Hyderabad Chapter, Sundarshyam’s zest to succeed resulted in him performing well in CLAT 2017! Despite severe adversities, Sundarshyam’s academic record is par excellence. He scored an impressive 9.2 CGPA in Class 10 and 92.7 % in Class 12 (science stream). He has secured a seat in National Law University, Jodhpur.

Bhatt Raj hails from the small village of Sarwari, Barmar in Rajasthan. His father is a farmer and his mother is a homemaker. A hardworking and sincere student, Bhatt Raj graduated from Dr. B. R Ambedkar Government Residential School. He was introduced to IDIA by his English teacher and there began his journey to pursue law. He was trained by the Rajasthan Chapter of IDIA and IDIA’s affiliate institution (CrackCLAT) for one year. His hard work and perseverance paid off and has secured a seat in Gujarat National Law University, Gandhinagar.

Aritra’s story is truly one of grit and determination to overcome the odds in life. He lost his father when he was in Class XI. Suddenly, his hitherto steady life was brought to a shocking grind. With no source of income, as his mother was a homemaker, Aritra dropped out of school after Class XI to shoulder the responsibility of running his house. After a year, he realised that he needed to educate himself to support his mother and younger sister. With this thought in mind, Aritra decided to start afresh. As luck would have it, he happened to be a neighbor of one of our IDIA team members! He was put in touch with IDIA when he expressed his desire to study law. From then onwards, there was no looking back. He has now secured a seat in Gujarat National Law University, Gandhinagar.

Deepti hails from Bhopal, Madhya Pradesh. Life sprang an unfortunate surprise for Deepti in her 8th standard, when her father was diagnosed with a rare medical condition that left him mostly bedridden. Given the dire financial constraints at home, Deepti initially assumed that she would not be able to pursue her higher education. Fortunately, at this critical juncture, Deepti came across IDIA’s Madhya Pradesh chapter through a recommendation from the socio- legal cell of NLIU-Bhopal. The IDIA-MP team signed her up at an affiliate coaching institute (Success Ahead) that agreed to train her free of cost, and supplemented her coaching with their own personal guidance. Determined to succeed, Deepti worked hard and burnt the midnight oil to crack CLAT. She has secured a seat in National Law Institute University, Bhopal.

IDIA’s overarching goal is to facilitate the evolution of truly unique lawyers that make a significant difference to the world around them. Its aim is not merely to create technically skilled legal professionals, but leaders who transform society in significant ways; lawyers who are: Creative, Holistic, Altruistic, Maverick and Moral Problem Solvers (CHAMPS).

The movement started off under the leadership of Professor Shamnad Basheer of the West Bengal National University of Juridical Sciences (NUJS) as a movement to eliminate the inequities of education. IDIA then geared up to question and change the statistics which portrayed a lack of diversity in the National Law Schools, with most students belonging to the upper middle socio economic class bracket.

Taking things into their hands, it set up Local Chapters in different parts of the country. These local chapters conduct aptitude tests and initiate intensive training programmes for those who did well, and those who are interested in pursuing law as a career. Once selected to the top law schools, IDIA arranges for sponsorships/scholarships and mentorship schemes to help candidates blossom to their full potential and take their rightful places as leading lawyers and community advocates.

The CHAMPS project was piloted last year, where IDIA scholars, along with IDIA volunteers, members of legal aid cells of law schools, and legal professionals visited the locale of one of IDIA’s scholars, identified specific problems faced by their communities and examined the extent to which law could help resolve some of those issues. For more information on the CHAMPS project please visit IDIA CHAMPS website page here.