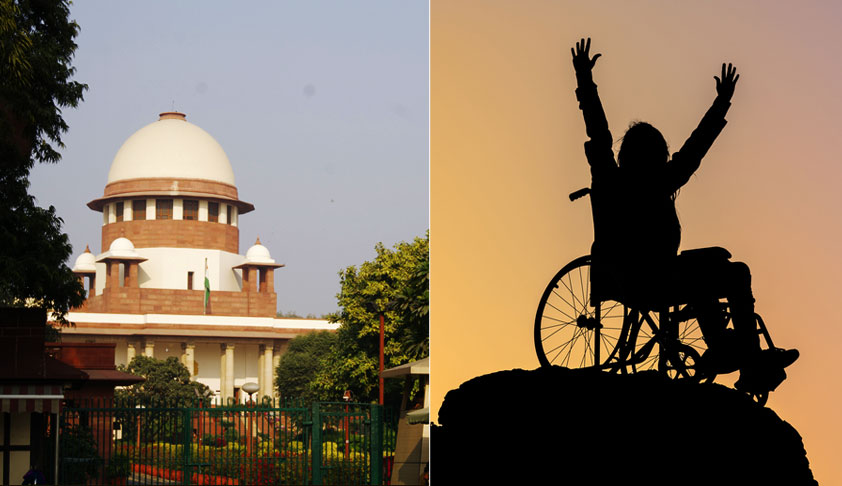 IDIA Trainee belonging to Specially Abled Persons (“SAP”) category has knocked the doors of the Supreme Court seeking direction to National Law Universities (“NLUs”) participating in the Common Law Admission Test (“CLAT”) to reserve not less than 5% seats for persons with benchmark disabilities from their total intake of students. The petition contends that it raises serious questions as to how careers of aspiring students with disabilities, desirous of pursuing graduation in law from prestigious NLUs are being compromised by not granting reservation of not less than five per cent seats even after the mandate by The Rights Of Persons with Disabilities Act, 2016 (“RPwD Act”).

The petition filed through advocate Namit Saxena avers that RPwD Act came into force from December 30, 2016. Hence, it was not applicable to CLAT 2017. However the same is squarely applicable to CLAT 2018. Section 32 of the RPwD Act states that all Government institutions of higher education and other higher education institutions receiving aid from the Government shall reserve not less than five per cent seats for persons with benchmark disabilities (“PwBD”).

The Supreme Court vide its judgment dated 15.12.2017 in Disabled Rights Group & Anr. vs. Union Of India & Ors. (Writ Petition (Civil) No. 292 of 2006) had directed that all the institutions covered by the obligations provided under Section 32 of the Act shall comply with the provisions of Section 32 while making admission of students in educational courses of higher education each year, failing which, an appropriate consequential action against those educational institutions, as provided under Section 89 of the Act as well as other provisions, shall be initiated against defaulting institutions.

The petition further contends that despite the mandate of the RPwD Act as well as the directive of the Supreme Court, many of the NLUs have failed to provide a minimum reservation of 5% for the PwBD.

Pertinently the Supreme Court vide its order dated 15.05.2018 in Shamnad Basheer vs. Union of India & Ors. (Writ Petition (Civil) No. 600 of 2015) has directed that the NLUs shall notify the admissions in these colleges in respect of 'NRI' quota and 'persons with disability' quota subject to the outcome of the writ petition.