If A Religious Practice Threatens People’s Health, It Is Not Entitled To Protection Under Article 25: SC [Read Judgment] 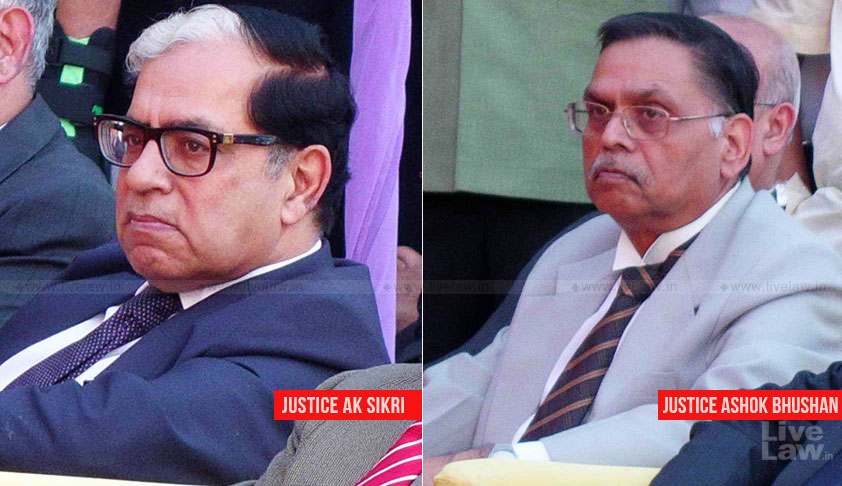 The Supreme Court, on Tuesday, ruled against imposing complete ban on firecrackers, but said that only less polluting green crackers can be sold, that too only through licensed traders. The court also banned online sale of firecrackers.In doing so, the Bench comprising Justice AK Sikri and Justice Ashok Bhushan examined the interplay between the right to health and environmental protection...

The Supreme Court, on Tuesday, ruled against imposing complete ban on firecrackers, but said that only less polluting green crackers can be sold, that too only through licensed traders. The court also banned online sale of firecrackers.

In doing so, the Bench comprising Justice AK Sikri and Justice Ashok Bhushan examined the interplay between the right to health and environmental protection under Article 21 on one hand, and the rights under Articles 25 and 19(1)(g) on the other.

The court firstly examined whether bursting of crackers should be allowed to continue in the present form without any regulatory measures, as a part of religious practice, even if it is proving to be a serious health hazard.

It then moved on to the argument that banning the sale of firecrackers may lead to extreme economic hardship—loss of substantial revenue and unemployment to lakhs of persons.

The court asserted that while this argument may appear to have substantial force in it, two contra arguments can take the sheen out of the plea. Firstly, it highlighted the fact that the argument of economic hardship is pitched against the right to health and life.

“Health hazards in the form of various diseases that are the direct result of burning of crackers have already been noted above. It leads to asthma, coughing, bronchitis, retarded nervous system breakdown and even cognitive impairment. Some of the diseases continue on a prolonged basis. Some of these which are caused because of high level of PM2.5 are even irreversible. In such cases, patients may have to continue to get the medical treatment for much longer period and even for life.

Though there are no statistics as to what would be the cost for treating such diseases which are as a direct consequence of fireworks on these occasions like Diwali, it can safely be said that this may also be substantial. It may be more than the revenue which is generated from the manufacturers of the crackers.”

The court, however, refrained from elaborating more on this, considering the lack of precise statistical data before it. It further clarified that it has only expressed prima facie views on the discussion pertaining to the arguments based on Article 19(1)(g), Article 25 and the loss of substantial revenue and unemployment, in cases the manufacture and sale of the firecrackers is totally banned.

It was in this background that the bench attempted to strike a balance between the rights of various stakeholders involved, observing, “We state at the cost of repetition that right of health, which is recognised as a facet of Article 21 of the Constitution and, therefore, is a fundamental right, assumes greater importance. It is not only the petitioners and other applicants who have intervened in support of the petitioners but the issue involves millions of persons living in Delhi and NCR, whose right to health is at stake.

Furthermore, after issuing the directions for tackling the expected increase in pollution levels due to bursting of firecrackers during Diwali in November 2018, it indicated towards more stringent measures being applied in future, once adequate research and studies are conducted.

It observed, “Having regard to the overall circumstances, we have decided that, for the time being, a balanced approach to tackle this problem is needed, which may take care of the concerns of both the parties and, at the same time, provide a reasonable and adequate solution. When the picture would become clearer after the requisite studies/research is undertaken, more stringent measures can be adopted in future if the situation so warrants.”