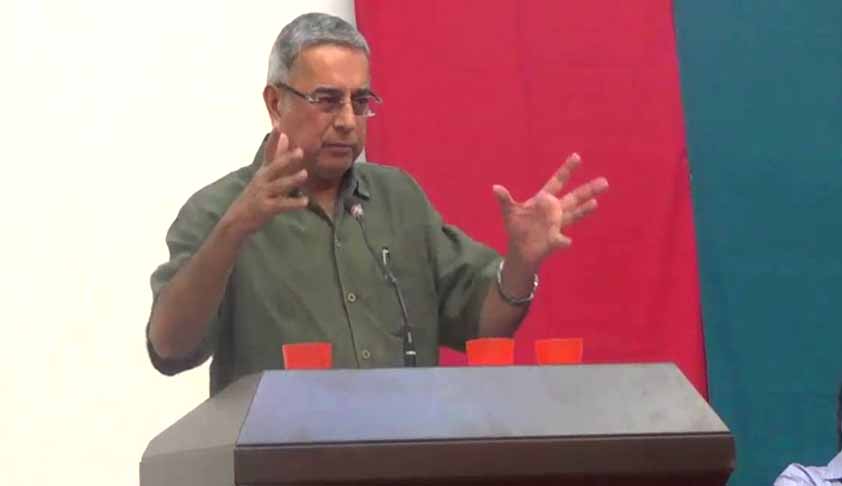 Arguments in the alleged illegal renewal of 88 mining leases by Government of Goa in January 2015 continued on Wednesday.Senior advocate Chander Uday Singh submitted before the Supreme Court that while the government could have rejected the applications for renewal in the interest of mineral development, the option of auctioning the iron ore mining leases, as purported by the petitioners, was...

Arguments in the alleged illegal renewal of 88 mining leases by Government of Goa in January 2015 continued on Wednesday.

Senior advocate Chander Uday Singh submitted before the Supreme Court that while the government could have rejected the applications for renewal in the interest of mineral development, the option of auctioning the iron ore mining leases, as purported by the petitioners, was not available to the state of Goa in 2015.

In support of his contention, the learned senior counsel relied on the judgments in the coalgate scam [(2014) 9 SCC 516] and natural resources allocation case [(2012) 10 SCC 1], in so much as the apex court has held therein that Articles 14 and 39(b) of the Constitution do not contemplate auction as the exclusive mode for the distribution of natural resources to safeguard common good, that solely in view of their susceptibility to abuse other methods of allocation cannot be struck down as ultra vires the Constitution and that the ratio in the 2G case [(2012) 3 SCC 1] holding auction as the only permissible means of disposal of natural resources does not apply beyond the specific instance of spectrum.

Advocate Prashant Bhushan, appearing for petitioner Goa Foundation, argued before the bench of Justice Madan B Lokur and Justice Deepak Gupta that the approach of the state, being “we will not conduct a public auction of mining leases even if it generates revenue because auctioning may give rise to a mining mafia”, is not acceptable.

Singh, in reply, remarked, “To say that there was inherent arbitrariness in the state’s approach would be an extreme argument.”

The senior advocate proceeded to quote the provisions of Rules 24 A, 26, 31, 54 and the first proviso to Rule 59(1) of the Mineral Concession Rules of 1960, in support of his submission, that “the state of Goa was entitled to consider, under section 8(3) of the Mines and Minerals (Development and Regulation) Act of 1957 as it stood prior to the 2015 amendment, the applications for renewal of mining leases that had expired on 22nd November, 2007 and in respect of which the renewal applications were filed 12 months in advance”.

Finally, Singh argued that the grounds of challenge, as averred in the writ petition filed on behalf of Goa Foundation [W. P. (C) 711/2015], are hit by the doctrine of res judicata and constructive res judicata in so far as they raise the issues, inter alia, of non-compliance with the findings of the Justice MB Shah Commission of Enquiry on illegal mining, the directives of the Central Empowered Committee report in the same respect and the prerequisite of procuring environmental clearances by the lessees, the law with regard to which has been finally settled by the Supreme Court in the earlier matter of Goa Foundation vs Union of India and Ors [(2014) 6 SCC 590]. At this point, Justice Lokur inquired, “Be clear as to what you are arguing about. Are we to look into the question of environmental clearances or not?”

Singh, in response, proceeded to cite the judgment in State of Karnataka & Anr vs All India Manufacturers Organisation & Ors. [(2006) 4 SCC 683] in so much as it is held therein, “As long as the litigation is bona fide, a judgment in a previous Public Interest Litigation would be a judgment in rem. It binds the public at large and bars any member of the public from coming forward before the court and raising any connected issue or an issue, which had been raised on an earlier occasion by way of a Public Interest Litigation.”

The matter is next listed for hearing on Thursday.