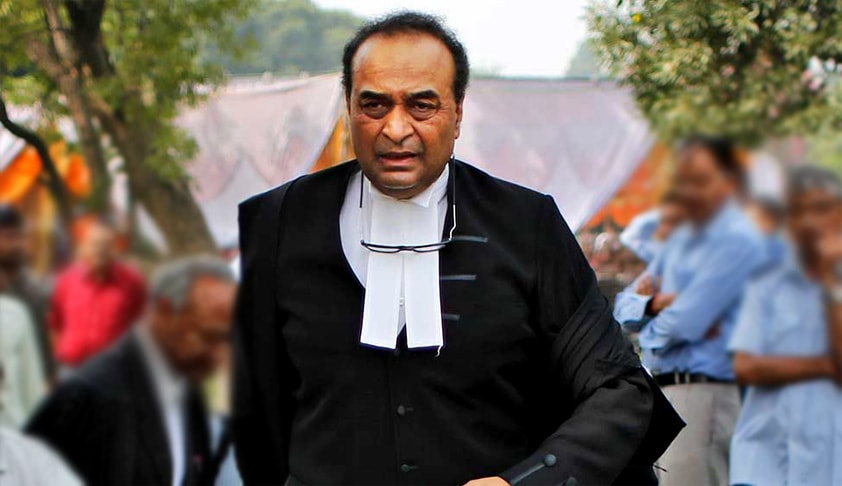 The Supreme Court bench of Justice Madan B. Lokur and Justice Deepak Gupta on Tuesday contemplated the issue of environmental clearances (EC) in respect of the alleged illegal renewal of 88 iron ore mining leases by the state of Goa in January, 2015.Senior Advocate Mukul Rohatgi, appearing on behalf of the holders of the said mining leases, contended, “If a person has a valid and subsisting...

The Supreme Court bench of Justice Madan B. Lokur and Justice Deepak Gupta on Tuesday contemplated the issue of environmental clearances (EC) in respect of the alleged illegal renewal of 88 iron ore mining leases by the state of Goa in January, 2015.

Senior Advocate Mukul Rohatgi, appearing on behalf of the holders of the said mining leases, contended, “If a person has a valid and subsisting EC at the point of time he seeks a renewal of the mining lease, he could not still be required to obtain another EC prior to the grant of renewal by the state.”

Mr. Rohatgi referred to the 1994 Notification as well as the subsequent 2006 Notification on Environment Impact Assessment (EIA) issued by the Ministry of Environment, Forests and Climate Change in so far as they necessitate the procurement of prior ECs from the Central or state governments, as the case may be, only in respect of new mining leases, or in case of the  increase in either lease area or production capacity of mining projects, or for the modernization of an existing unit with increase in the total production capacity beyond the prescribed threshold limit.  It was his submission that any grant of EC for a mining project under the EIA Notifications does not lapse at the expiration of the mining lease and consequently a further prior EC is not required for renewal of the mining lease.

The senior counsel voiced his concerns that if the bench decides to quash the renewals granted at the behest of the Goa state government, the impugned renewals will be deemed to have been “rejected” for the purpose of section 8A(9) of the Mines and Minerals (Development and Regulation) Act of 1957. Consequently, the holders of mining leases for which the applications for renewal are still pending would be in a far favourable position as their leases will be deemed to have been extended till the year 2020 by virtue of clause (6) of section 8 A of the Act of 1957, the benefit of which shall not apply to the leases “rejected” for renewal. To this, Justice Lokur responded, “You will not be worse off than the lessees whose applications for renewal are pending. If we decide that a fresh EC has to be obtained even for renewal, then the rule shall apply to all.”

Mr. Rohatgi also submitted that if the Court insists on the requirement for a new EC post renewal, it will result in the wastage of a lot of precious time in complying with the formalities of ‘screening’, ‘scoping’, ‘public consultation’ and ‘appraisal’ as envisaged under the EIA Notification of 2006. He voiced the need for a shorter, hybrid procedure for the this purpose so that the lessees are not restrained from engaging in the mining activity for as long as long two years on account of the procurement of fresh ECs.

Advocate Prashant Bhushan, appearing for the petitioner, the NGO Goa Foundation, argued that in the light of the judgment of the apex court dated April 21, 2014 in the Goa Foundation matter  [W. P. (C) 435/2012], once the mining leases have expired in 2007, the renewal thereof requires the procurement of fresh ECs. “This is a settled proposition of law. Any attempt to question the same is hit by the doctrine of res judicata”, remarked Mr. Bhushan, in response to Senior Advocate C. U. Singh’s contention on November 15 that the issue of non-procurement of ECs could not again be raised by the petitioners. The Supreme Court in the said judgment did not even deem it necessary to cancel the subsisting ECs on the ground of the same being illegal in terms of the forest and wildlife laws, the Environment Protection Act of 1986 and the Air and Water Acts as “the ECs were related to the leases, and once the leases were declared invalid, the ECs perished with them as well.”

By the above submission, Mr. Bhushan sought to challenge the order dated March 20, 2015 of the MoEF & CC, lifting the suspension of the ECs in respect of the impugned renewal of mining leases and leaving it at the discretion of the state government to determine the legality of the connected ECs.

The bench today reserved its judgment on whether the renewal of the mining leases by the state of Goa under section 8(3) of the Act of 1957, as it stood prior to the 2015 Amendment, was lawful and in the interest of mineral development.