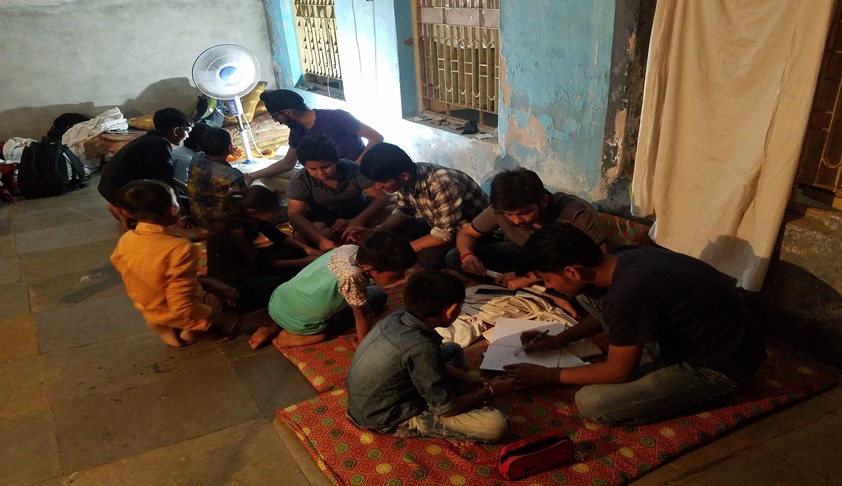 NSS Unit of Institute of Law, Nirma University, conducted 'Anubhooti', a 7-day residential camp at its adopted village Jamiyatpura, from March 10 to 16, to experience and realize the problems being faced by those residing in the rural areas of Gujarat State.

A total of 18 students were part of the camp. Various social welfare activities were conducted in these seven days. The day used to start with ‘Shramdaan’ conducted daily for 2 hours in the morning. Volunteers used to generate awareness among the residents regarding Swachh Bharat mission, construction of toilets, cleaning of road and surrounding areas, proper sanitation, throwing of rubbish in the dustbins and keeping surroundings clean. Meetings of residents with the representatives of village panchayat were conducted in the evenings to raise the issues of the village and come to some possible solutions for such issues.

Various planning and discussion sessions were also conducted in which issues of rural India were discussed and reflected upon.Volunteers also taught the children of Jamiyatpura using interactive learning methods.

On the last night of the camp, a ‘Bhajan Sandhya’ was organised with the support of Bhajan Mandli of the village and saw a footfall of more than 150 residents.