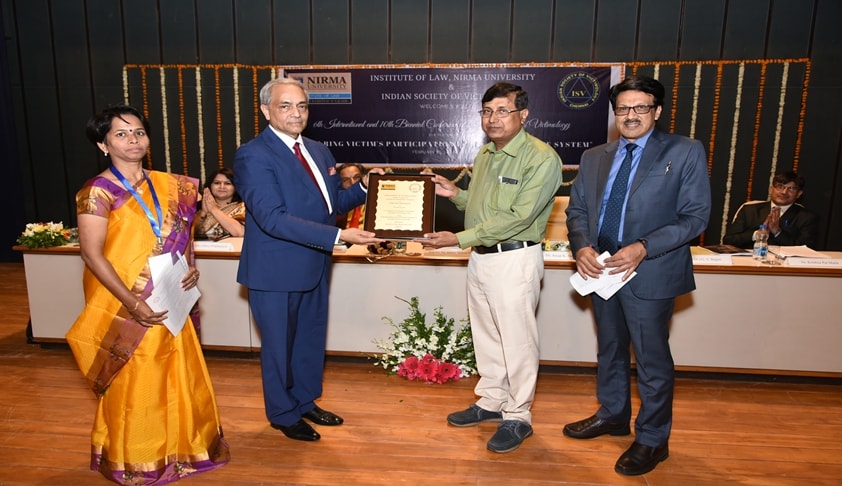 Subscription starts from
₹ 599+GST
(For 6 Months)
View Plans
Premium account gives you:
Subscribe Now
Already a subscriber?
Login
Institute of law, Nirma University is organizing the Sixth International and Tenth Biennial Conference of The Indian Society of Victimology from February 23-25, 2017 on the broad theme “Ensuring Victim participation in Criminal Justice System”, with the aim of encouraging research in bringing out the synergy involved in the collaboration between multiple disciplines of Victimology.

Mr. Justice Mohan Pieris gave a much focused opinion on victimology in his speech and posed a question that have we made victimology a very complex and difficult field by making it a science like biology. He also tried to invoke a discussion by asking “Why does the society have a differential attitude towards the victims?

Justice Bhagwati talked about how bad the conditions of the accused in the prison is, "Please don't go to police stations, it is not a good place for the lawyers to view with regard to the treatment of the accused, we find ourselves asking, now who is the real victim?" he exclaimed. In the end he also said that these days the practice of accusing the victim is very prevalent, for instance the act of telling a girl that because she wore a short dress, she was raped is wrong. Instead of adding on to the trauma of the victim, we must sympathize to such limit as to provide them with justice.