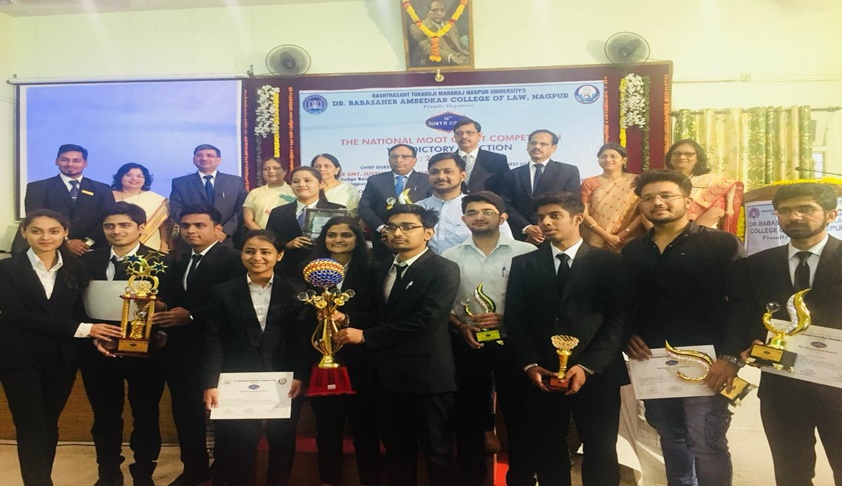 The team constantly worked hard qualifying the Memorial Rounds and beating many prestigious law schools throughout their journey of competition.

In the late evening of 21st January, 2018 came a proud moment as the team from Institute of Law Nirma University (ILNU), Ahmedabad who won the prestigious 16th Justa Causa National Law Moot Court Competition Festival 2018 held at Babasaheb Ambedkar College of Law, Nagpur this week from Jan 19-21, 2018. The winners of the competition Saloni Modi, Soham Gurjar and Ekta Jhanjhri happily congratulated all ILNU saying that it is definitely proud moment for our law school as it was first academic competition of 2018, paving a winning wave from this Moot Court Competition itself as well as setting up a benchmark for future.

The team after winning the Memorial Rounds in which there was a limit of 24 teams selection only from all over India, participated into competition where they won against Delhi University and G.H. Raisoni Law School in Semi- Final and Finals respectively. The team has worked hard beating many prestigious law schools including 13 NLUs as well as law institutions like Symbiosis and Christ. They also said, “To win a competition of such high stature which itself is in its 16th year there should be focus and brilliant team coordination. We have seen many sleepless nights and did a detailed research on each law point giving us that edge over other teams even after the highest difficulty level.” They further thanked their mentors, for their steady and impeccable efforts, Prof. (Dr.) Purvi Pokhariyal, Director ILNU for her immense support and the faculties as well as students of ILNU for helping them throughout their moot.

It was commendable that team managed everything right from their academic semester submissions to the other activities important in college. They have proved that the more uncomfortable you are the victorious you can become. The Moot Court Committee of ILNU in official statement recognised the hard work done by the team and many mentors that had been guiding team on various aspects.