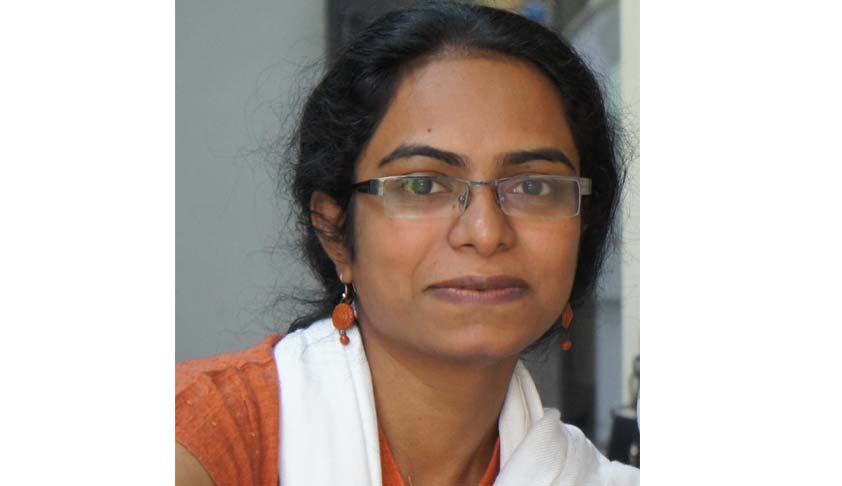 In the wake of the verdict in Nirbhaya's case, it is interesting to look at the restraint policy that the Indian judiciary followed in cases of death penalty. However, in contrast to international trend and judicial precedents of restraint in cases relating to death penalty, recently both the Judiciary and Government has succumbed to popular demand as is evident in Afzal Guru's case and...

In the wake of the verdict in Nirbhaya's case, it is interesting to look at the restraint policy that the Indian judiciary followed in cases of death penalty. However, in contrast to international trend and judicial precedents of restraint in cases relating to death penalty, recently both the Judiciary and Government has succumbed to popular demand as is evident in Afzal Guru's case and Bhullar's case.

There is wide anxiety and grumbling in the air. After nine months of the horrific incident of the Delhi gang rape the Additional Sessions Judge Yogesh Khanna of the District Court at Saket would deliver sentence of four accused tomorrow. The verdict of conviction that emphasises the ‘criminal intention behind killing a helpless victim channelizes debates to whether the punishment is life in prison or death penalty. Therefore, this is the appropriate time to analyse the efforts to curb punishment of death penalty both at international and domestic level.

Internationally, there have been various efforts to restrain the member countries from granting death penalty as punishment. The Universal Declaration on Human Rights, 1948 has stressed on ‘Right to Life’ and also elaborated that no one should be subjected to inhuman and cruel treatment, punishment and torture. This triggered international debate on death penalty. All human rights activists or organisations viewed it as a barbaric and uncivilised form of punishment which involves imposing a lot of physical and mental pain on the accused. Amnesty International is on the forefront asking the Indian Government to rethink about execution of the pending death row convicts.  “Fourteen former judges recently asked the President to commute the death sentences of Saibanna Ningapappa Natikar and 12 others as the sentence had been wrongly imposed”. In a country like India, it is also a naked truth that majority of convicts don’t get fair trial and adequate legal representation. The Second Protocol to the International Covenant on Civil and Political Rights (ICCPR), 1989 provided for total abolition of the death penalty.  The growing consensus against death penalty has also resulted in UN moratorium on executions with a view to abolish death penalty. While 105 countries voted in favour of it, 48 countries including India voted against it. Considering the efforts to abolish death penalty at international level, India is still alert with its decision to resume executions which is against the global trend towards abolition.

The measure of ‘rarest of rare cases’ has become a justification for the majority of executions in India. The constitutionality of death penalty was challenged for the first time in 1973 in the case of Jagmohan Singh v. State of UP. The five judge bench upheld the constitutionality of death penalty and held that deprivation of life is constitutionally permissible for being recognised as a permissible punishment by the Constitution drafters.  Instead of keeping the criteria of death penalty vague and broad, in Ediga Anamma v. State of Andhra Pradesh, Justice Krishna Iyer attempted to bring out considerations for mitigating the punishment like gender, age, socio-economic background and psychic compulsions. Here it was said that the crime committed  is not the sole criterion of determining the punishment but various other factors should also be taken into account while evaluating death penalty.

The constitutionality of the death penalty was again challenged in the case of Bachan Singh considering  three  new developments that had taken place. Firstly, Section 354 (3) was added to the Criminal Procedure Code (Cr. P.C) by making death sentence as an exception rather than as a punishment for murder. Secondly, Maneka Gandhi’s case held that every law of punitive detention, both on substantive and procedural aspects must pass the test of reasonableness on a collective reading of Articles 14, 19 and 21. Thirdly, India ratified the ICCPR, thereby committing itself to progressive abolition of death penalty. The main issues before the court were  the constitutional  validity of Section 302 of the Indian Penal Code (IPC) as well as constitutional validity of Section 354(3) of Cr.P.C, on the ground that it permitted imposition of death penalty in an arbitrary and capricious manner. The Court dismissed all the arguments of the appellants and affirmed the constitutional validity of death sentence by noting that those errors in the exercise of judicial discretion can be set right by higher courts. It was also laid down that in order to determine the existence or absence of "special reasons", the Court must consider not only the crime and the criminal, but also adequate weight has to be given to the aggravating and mitigating factors such as the mental condition, the age of the accused, the possibility of reformation of the accused, or external forces from his superior etc. The concluding remarks of the majority opinion marked the real shift in the judicial attitude towards death penalty. The Court  held, "A real and abiding concern for the dignity of human life postulates  resistance to taking a life through law's instrumentality. That ought not to be done save in the ‘rarest of rare cases’ when the alternative option is unquestionably foreclosed". While clarifying further, the court postulated that (Machhi Singh v. State of Punjab) two important questions needs to be asked in order to measure the case under the ‘rarest of rare’ test. Firstly about the uncommon nature of the crime that calls for death sentence and secondly, whether the circumstances of crime demanded death sentence or is there a possibility of imposing alternate punishments?

Thus, in both the cases of Jagmohan and  Bachan Singh, the Court gave way to the legislative wisdom and was  shy of striking down the death-penalty. However, there was retraction in considering death penalty as ordinary form of punishment for murder. Bachan Singh’s case upheld that the death penalty was an exception and the test of ‘rarest of rare case was devised by the court.  Hence, this was a significant achievement of the abolitionists.

In Anshad v. State of Karnataka, the court added factors such as the manner in which the crime was committed, the weapons used and the brutality of crime to be considered while awarding death sentence. The court was of the opinion that such cases should be handled with utmost sensitivity and mitigating circumstances should not be neglected on account of aggravating circumstances of the crime. Panchhi v. State of Uttar Pradesh is another important case, where it was held that brutality is not the sole criterion of determining whether a case falls under the "rarest of rare” categories, and justified the commutation of a death sentence to life imprisonment.

In State of Maharashtra v. Bharat Fakir Dhiwar, though the accused was held guilty of murder and rape, the court refused to award death penalty. Since the accused was acquitted by the High Court, they abstained from imposing extreme penalty and the sentence was altered to imprisonment for life.

In Swamy Shraddananda @ Murali Manohar Mishra v. State of Karnataka, it was held that if the case falls short of the ‘rarest of rare’ category but at the same time life imprisonment of 14 year with remission is inadequate punishment, there should be an extended option. In short, the court held that life imprisonment can be for the whole life of the accused.

In Santosh Kumar Satishbhushan Bariyar v. State of Maharashtra (2009), Justice S.B. Sinha held that the death penalty can be imposed only when it is proved that the life imprisonment will not serve any purpose of reforming or rehabilitating the accused. The reformative dimension of this judgment was very much similar to Justice Krishna Iyer’s thoughts [Death  Sentence  on  Death  Sentence’,  The  Indian  Advocate:  Journal  of  the Bar  Association  of  India,  Vol. Xiiiii: 28, 1978] on death penalty whereas he mentioned that “law must heal the criminal attire in a human being than leaving him more retarded and frustrated”. Though the judgment was accepted by the abolitionists of death penalty, it added a new lesson to the death penalty debate.

The above mentioned cases (from Anshad’s case to Bariyar’s case) denote attempts of the judiciary to take a restrictive stand in the case of death penalty. There is leniency towards means of reformative rehabilitative justice. However, in the recent period we have also seen that death penalty has become a tool for satisfying the public demand. This is where the tenets of Justice System conflicts with both the judiciary’s and the Government’s stand of succumbing to popular demand. This we have seen in Afzal Guru’s execution and in Bhullar’s case wherein the court ignored the guidelines given in Bachan Singh to consider mental condition of the accused and inordinate delay in confirming the sentence.

While ‘murder by the state’ is focus of debate following Albert Camus’s essay titled, “Reflections on the Guillotine” in Resistance, Rebellion, and Death”, the other side of ‘brutality’ against a helpless female victim in Nirbhaya’s case poses a challenging question. The critical question is by giving them the maximum punishment of death penalty, will we be able to curb atrocities against women and deter the public from committing the crime again or is it a right case where the court can state that life in prison would not serve reformation or rehabilitation of the young accused and hence hang them till death. To find a balanced answer is a huge challenge while looking through humanitarian lens.