In Defence of the Food Security Act, 2013 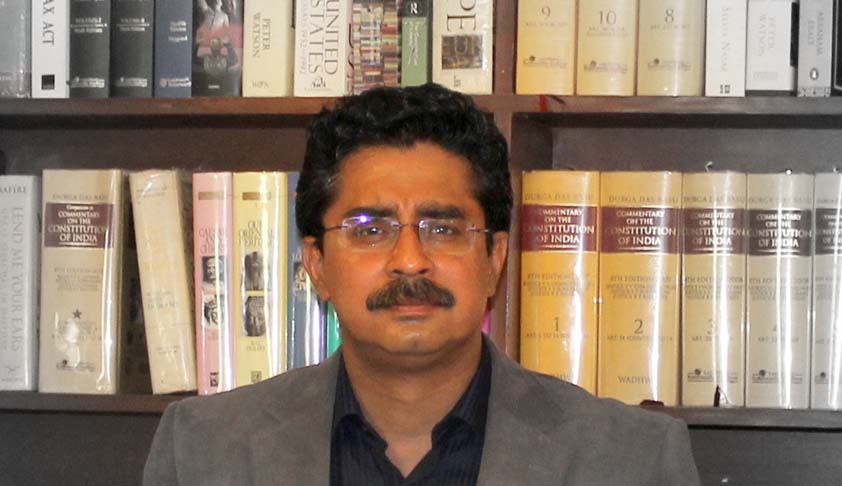 The first task of this Assembly is to free India through a new constitution to feed the starving people and cloth and naked masses and to give every Indian fullest opportunity to develop himself according to his capacity a great risk………………. But at present the greatest and most important question in India is how to solve the problem of the poor and the starving. Wherever we turn,...

The first task of this Assembly is to free India through a new constitution to feed the starving people and cloth and naked masses and to give every Indian fullest opportunity to develop himself according to his capacity a great risk………………. But at present the greatest and most important question in India is how to solve the problem of the poor and the starving. Wherever we turn, we are confronted with this problem, if we cannot solve this problem soon all our paper constitutions will become useless and purposeless.

- Pandit Jawaharlal Nehru speaking on the Aims and Object resolution in the Constituent Assembly, 22nd January 1947.

The Food Security Bill which passed through Lok Sabha on the night of 26th August 2013 and by the Rajya Sabha on September 1, 2013 to become an Act of Parliament is a necessary correction in the trajectory of human development in India. 820 million Indians will receive every month 5 kg of rice or wheat or coarse cereals at rupees 3, 2 and 1 respectively. Without doubt, with a Rs 1,30,000 Crores government  support and 62 million tonnes of food grains requirement, this will be the largest food subsidy programme in the World and the most ambitious attempt ever made to end hunger.

The criticisms have come from expected quarters and are by and large predictable. Everything relating to an ailing economy is attributed to the Food Security Act. Critics bemoan that the programme is exorbitant; it will cost the exchequer a humongous amount of money; it’s bad economics; corruption and leakages have not been set right; the markets are reacting with sharp dips on the stock exchanges; the value of the rupee is now diving; the splurge is driven by politics than by development priorities. The litany is endless.

All these criticisms pale to insignificance when statistics reveal that 60 million of India’s children of 5 years old or under 5 years are stunted due to malnutrition and hunger. Malnutrition is the cause of   brain damage, reduced capacity to learn and even deaths. The effect of malnutrition results in the body unable to do normal things such as growing and resisting disease, diminishing learning abilities, increasing risk during pregnancy. To have such a pervasive human condition in a democracy is constitutionally unpardonable. It is an infraction of the right to life guaranteed under our Constitution.

India ranks amongst the 16 poorest countries of the World. 43% of India’s children are underweight and 48% are stunted due to malnutrition [Jean Dreze and Amartya Sen, An uncertain glory India and its Contradictions Allen Lane Publishers (2013)]. The figures are shocking to say the least. When compared to other developing regions our track record is dismal:


The Under 5 mortality rate per 1000 in 2011 was 61 as compared to China’s 15. “India is a food surplus nation but according to the International Food Policy Research Institute’s 2011 Global Hunger Index, it ranks 67th out of 81 countries and has more than 200 million food-insecure people, the most in the world”. [Ashwin Parulkar “Starving in India: The Forgotten Problem” Wall Street Journal ,August 8, 2012]

Hunger is only one aspect; but, the most significant indicator of the poverty index. The 7 poor States of India viz. Bihar, Chhattisgarh, Jharkhand, Madhya Pradesh, Odisha, Rajasthan ad Uttar Pradesh have roughly the same population of the poorest countries of Africa. Poverty cannot be the reason to give a go by to ambitious social and economic programmes. According to Amartya Sen, Himachal Pradesh and Tamil Nadu launched vigorous social progammes when their economies were weak.  Today both the States are almost on equal terms with Kerala on the human development index and are quickly catching up on several social and economic indicators.

In 1948 when the United Nations General Assembly adopted the Universal Declaration of Human Rights (UDHR) which spoke of "... a common standard of achievement for all peoples and all nations, to the end that every individual and every organ of society, keeping this Declaration constantly in mind, shall strive by teaching and education to promote respect for these rights and freedoms and by progressive measures, national and international, to secure their universal and effective recognition and observance." Towards the end of the Declaration, Article 25 speaks of ‘standard of living’, ‘adequate health and well being in daily food’. Strangely the Right to food and freedom from hunger as a fundamental right does not find express endorsement in this declaration.

As late as 1988, there was no mention made of freedom from hunger in the ILO Declaration of Fundamental Principles and Right at Work 1988. Strangely, the African sub-continent where hunger is an age old as well as a contemporary problem chose not mention freedom from hunger in the African Charter on Human and People’s Rights 1981. Article 11(1) of the International Covenant on Economic, Social and Cultural Rights laid down that the State parties to the Covenant recognize the "right to everyone to an adequate standard of living for himself and for his family including food, clothing and housing and to the continuous improvement of living conditions".  This article finds mention and is relied upon in Kapila Hingorani v State of Bihar.

Freedom from hunger and right to food eluded generations of world leaders despite the fact that hunger was all pervasive and the most debilitating human condition.

There are, according to the statistics published by the Food and Agriculture Organization, 870 million hungry people in the world.  In quantitative terms, there is enough food to feed the entire global population of 7 billion people, yet 1 out of 8 in the world go hungry and 1 in 3 children is underweight due to malnutrition. In the Declaration, members pledged:

"We pledge our political will and our common and national commitment to achieving food security for all and to an ongoing effort to eradicate hunger in all countries, with an immediate view to reducing the number of undernourished people to half their present level no later than 2015."

Hunger and Education of Children

Hungry children don’t go to school, they are forced to work. The impact of hunger is multi-dimensional. One of the serious consequences of hunger is the inability of the population to send their children to be educated. Putting children to work is by far the most obnoxious violation of human rights of the young. Despite the law banning child labour, as per the 2011 UNICEF Report, 28 million of India’s children are at work. India lags behind miserably in adult literacy rate which in 2010 stood at 63% as against Sri Lanka’s 91%, China’s 94% Indonesia’s 93%, Malaysians – 93%, Philippines 95%, Thailand’s 94% and Vietnam’s 93%. It was the state of  Tamil Nadu which commenced the landmark mid-day meal scheme in 1982. The Chief Minister who brought out the scheme had himself experienced hunger while attending school and was determined to ensure that children must necessarily receive a nutritious meal at mid-day. As anticipated the scheme was the object of severe criticism from many quarters. The Supreme Court in PUCL v Union of India in WP (C) 196 of 2001 passed directions on May 2, 2003 in a petition bringing to attention of the Court, the starvation deaths despite excess grain stocks. The state Governments and union Territories were directed to implement the mid-day meal scheme. As of date the mid-day meals is the  world’s largest school feeding programme, reaching out to about 120,000,000 children in over 1,265,000 schools. It is all pervasive and one of the greatest incentives to schooling in India today.


The protection of life assured under Article 21 has been given expanded meaning by the Supreme Court. The preamble to the Constitution states that the people of India resolved to secure to all our citizens social and economic justice. Article 39(b) enjoins that the ownership and control of the material resources of the community are to promote the welfare of the people by securing social and economic justice to the weaker sections so as to subserve the common good to minimize the inequalities in income and endeavor to eliminate inequalities in status. Article 46, in particular, enjoins that the State shall promote with special care the economic interest of the weaker sections.

The Supreme Court was forced to intervene when the State Government employees were not paid for long durations and was resulting in starvation deaths. It became clear that starvation and hunger were constitutionally not permissible in a judgment authored by Justices V Khare and S B Sinha in Kapila Hingorani v. State of Bihar.

The government dealing head on with the issues surrounding food security and hunger and the near political consensus is a mean achievement no matter what the political compulsions are. It is a right set up in the direction of the objects of our Constitution.

Santosh Paul is an Advocate practicing in Supreme Court of India and Author/Editor of the book “The Maoist Movement in India- Perspectives and counterperspectives”.
Next Story
Similar Posts
+ View more
Law Firms
+ More