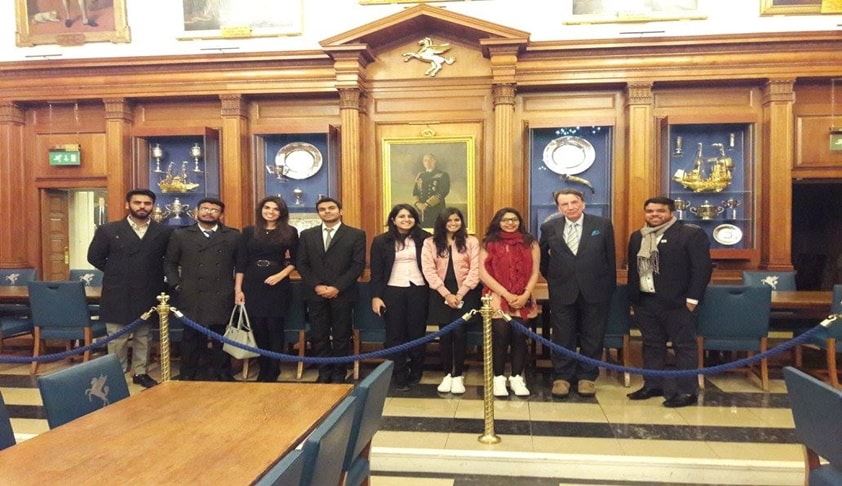 Pursuant to a successful academic tour of the US in September, 2016, nine law undergraduate students joined INBA's second edition of the academic tour to UK to learn the legal practice, LL.M programmes and parliamentary system of UK. The delegation was in the UK on an academic tour from February 05 – 14, 2017. During the tour, the delegation visited, and had meetings with officials of the...

The students during the panel discussions on "Parliamentary practices and its role in the development of law” and  "Powers, Privileges and Immunities of the Parliament" hosted by Mr. Virendra Sharma MP at UK Parliament, learned about the nature and functioning of the British Parliament in contrast with the Indian Parliament. They also visited the House of Lords and the House of Commons where they had a glimpse of  the British Prime Minister, Hon’ble Ms. Theresa May defending the decision of BREXIT from the incessant accusations of different MPs.

The delegation got the opportunity to gain a deep insight about the LLM Programme and interacted with some current LLM students including students from India. Zaiwalla & Co on February 8th hosted the student delegates at The Law Society in a closed door, interactive networking seminar, to introduce Indian law students to the UK legal landscape and profession. The event’s main aim was to spearhead cross country partnerships between the Indian and British legal sector, with the view to expand the scope and interest of Indian students to pursue world class education in the field of law at some of the world’s finest universities based in the UK, offering direct access to the country’s legal market. This event was an eye-opener for students to understand and familiarize themselves with the possibilities in the legal sector, and especially the benefits of the British legal sector.

The key takeaways of the tour for the students have been the professional opportunities lying for them in the International Legal Market.

The students participated in this tour are: