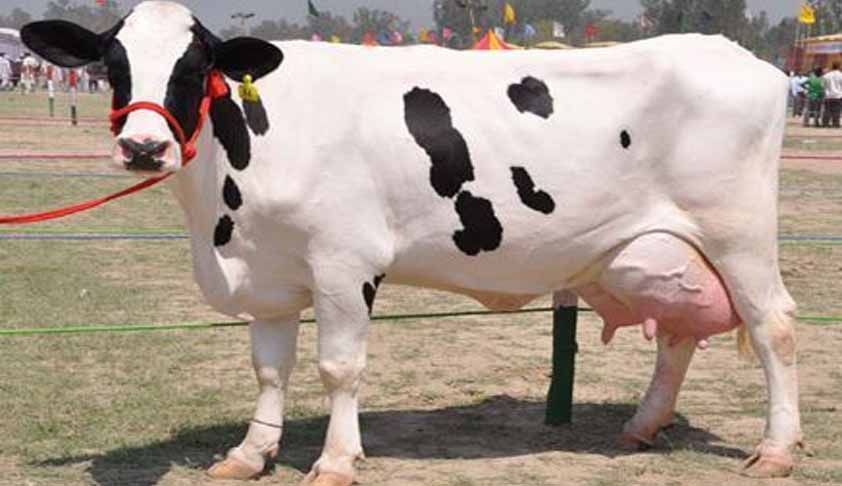 Introduction Multiple developments have taken place on the front of institutional vigilantism to protect cows in India. The much-hyped decision of UP government to ban illegal slaughter houses followed by Jharkhand and other BJP ruled states to show a concern for cows; the wide coverage of Yogi Adityanath’s unfound love towards cows in national media; the Central government’s willingness...

Multiple developments have taken place on the front of institutional vigilantism to protect cows in India. The much-hyped decision of UP government to ban illegal slaughter houses followed by Jharkhand and other BJP ruled states to show a concern for cows; the wide coverage of Yogi Adityanath’s unfound love towards cows in national media; the Central government’s willingness to provide Aadhar like unique identity for cows to prevent their smuggling in the Supreme Court during the hearing of a petition filed by the Akhil Bharat Krishi Goseva Sangh and latest in line the notification of Prevention of Cruelty to Animals (Regulation of Livestock Markets) Rules etc. safely portray that cow has emerged not only as charismatic player in the overall schematic drama of right-wing politics in India but also enjoys the special potential to turn India as ‘Cow Republic’.

The Government of India notified the Prevention of Cruelty to Animals (Regulation of Livestock Markets) Rules, enacted under Sections 38(1) and (2) of the Prevention of Cruelty to Animals Act, 1960. The Act intended to prevent the infliction of unnecessary pain or suffering on animals while notified Rules in its pith and substance do not come within the purview of Act and hence ultra-virus. Assuming for a moment that Rules are intra-virus, the approval of both the Houses of the Parliament as mandated by Section 38A of the Act is not complied with.

There is no specific rule making power vested in the Central government to regulate animal markets. The Regulation of market committees, including market committees for cattle, fair including cattle fairs are state subjects and hence lies within the legislative domain of the State (Entry 28, List II). Further; the preservation, protection and improvement of stock and prevention of animal diseases; veterinary training and practice is also covered under Entry 15 of List II, and henceforth only the state government has powers over these subjects. These Rules are ultra vires to the Act to the extent that it seeks to regulates markets, livestock, and hence is not within the Competence of the Centre but the States. Besides, a combined reading of the sweeping definition of ‘animal markets’ and Rule 22 evident that there is a complete restriction of purchasing and selling cattle for slaughter. The Central government has hunted to restrict the fundamental right to business and trade trough delegated legislation what it can do only by a law. The current Rules have been framed in the pretext of the Supreme Court direction in Gauri Maulekhi v. Union of India [W.P. (Civil) No. 881 of 2014] but, the petition sought only the prevention of export or trafficking to Nepal for ritualistic slaughter of all animals. Therefore, this petition cannot be used as a justification for these Rules. Moreover, there is no mention of prevention of export of animals in these Rules.

Cow as Cultural Symbol of Violence

Sadly, the anomic non-state actors like cow vigilante groups, now referred as animal rights activists is fast turning ‘cow’ as a cultural symbol of violence by using the sanctity of this holy animal to commit violence with great sense of impunity. It can be seen in the recent incidents like lynching of Mohammad Akhlaq in Dadri, Pahlu Khan in Alwar, attack on a family in Reasi district of Jammu and Kashmir, a violent attack on men transporting buffalo in Delhi and the most recent is the lynching of two men in Nagaon district of Assam on the mere suspicion of ‘cow theft’. These incidents signify that law and order has been put on ransom in the name of ‘Gau Raksha’. State is now indifferent as it failed to show any respectability to communal harmony, the right to food, the right to trade, the notion of privacy, the right to life and finally to the idea of constitutionalism. It is despite the directive of Supreme Court to take strong action against cow vigilante groups and Prime Minster Narendre Modi’s tokenism against them, there is a total freedom for the perpetrators of violence in the name of cow, and therefore total chaos.

The Partisan Agenda of Cow Republic

The communal equilibrium of the country has been seriously disturbed. The hype around ‘cow’ is maintained just to keep the electoral theology in circulation to deliver for the right-wing party in the cow-belt region of India as a part of the ‘Mission 2019’. Undoubtedly, free hand to cow vigilante groups have yielded desired result for BJP in 2014 Lok Sabha and in the Assembly elections of Haryana, Rajasthan, Madhya Pradesh, Assam and finally in Uttar Pradesh. In the past too, cow vigilante groups have always been activated much before the election as a preparatory instrument to subtly mobilise the Hindu passions. For instance, there were communal tensions in Agomoni area of Dhubri when a communally charged group beat two Muslim youth alleging that they kept ‘beef’ near a temple in Kaldoba area. In a similar incident, tension gripped Silchar town of Cachar district after the recovery of a cow's head near a Kali temple in Meherpur area. In both the cases, the self-styled radical right-wing groups were held responsible for inciting communal tensions during Assam Assembly elections.

To polarise voters, intense communal antagonism was also created in neighbouring states with a broad national coverage to influence the conscience of Hindu voters. For instance, the age-old tactic of putting beef outside temples in Ranchi, Lohardaga, Palamu and Chatra districts of Jharkhand took place. Similarly, a Muslim man was beaten to death in Saharan, Himachal Pradesh in October 2015 for allegedly smuggling cows. New Delhi also witnessed cow-mobilisation in Bawana region over the rumour of cow-slaughter on the day of Eid-ul-Adha. Similar movements happened in Hyderabad and Kerala too.

If we look at the incidences of communal violence in Uttar Pradesh, we found that every fifth communal violence of the total is linked with cow vigilantism. Saharanpur and Aligarh witnessed communal violence on the alleged cow-slaughter and the sale of beef in September 2015. Similar was the case in Mainpuri in October 2015. There was communal uproar by the right-wing on beef-biryani at Aligarh Muslim University canteen in February 2016. Gautam Budh Nagar, Meerut, Muzaffarnagar and Saharanpur districts of Uttar Pradesh were already on boiling point on the question of cow-slaughter.

Be that as it may, the appeal to avoid cow-slaughter and preserve the sanctity of cow has a history in India. Alberuni in his book India, translated by Edward C. Sachau has mentioned about the prohibition of cow killing or eating cow meat by the Brahmins as told to him but with a different reason. He points out in following terms: “Brahmans used to suffer from the eating of cows’ meat. For their country is hot, the inner parts of the bodies are cold, the natural warmth becomes feeble in them, and the power of digestion is so weak that they must strengthen it by eating the leaves of betel after dinner, and by chewing the betel-nut... As this is the case, they forbade eating cows’ meat, because it is essentially thick and cold.” He has also highlighted the economical reason, by noting as, “we must keep in mind that the cow is the animal which serves man in travelling by carrying his loads, in agriculture in the works of ploughing and sowing, in the household by the milk and the product made thereof. Further, man makes use of its dung, and in winter-time even of its breath. Therefore, it was forbidden to eat cows...” Nonetheless, Alberuni observes that cow meat was not forbidden for Sudras (Dalits) but they were not allowed to sell cow meat.

To respect the religious sensibility of people, the Mughal emperor Babar declared that killing cows was forbidden and also asked his son Humayun in 1529 to do the same through his Wasiyyat Namd-i-Majchfi. Babar wrote: “And in particular refrain from the sacrifice of cow, for that way lies the conquest of the hearts of the people of Hindustan; and the subjects of the realm will, through royal favour, be devoted to you.” Later Mughal Kings exercised selective restrictions on cow slaughter. However, Hyder Ali, the ruler of Mysore (1761 to 1782) declared cow slaughter a punishable offence. Similarly, Maharaja Ranjit Singh and later Mughal emperor Bahadur Shah Zafar banned cow slaughter throughout their domains.

In modern times, cow became a political animal only when British used it for their survival in India after 1857 revolt. Nonetheless, cow vigilantism in modern India begin with the clarion call of Arya Samaj when Dayanand Sarasvati published a treatise called Ocean of Mercy for the Cow in 1881 and subsequently founded a committee for the protection of cows from slaughter. Further on, the cow protection societies spread all over British India. In this regard, the first agitation began in Punjab when British decriminalised the cow killing. In 1888, a British Court in Allahabad ruled that a cow was not a sacred object. Cow mobilisation during this period was not against Muslims but purely against British. It was also linked with animal protection movements with little religious fervour.

Shrewdly, British turned the whole cow-mobilisation against Muslims. The first explicit Hindu-Muslim violence took place in 1893 in Mau, now a district of Eastern Uttar Pradesh, over the conflicting interpretations of British local magistrate’s order on cow slaughter. The very confession of Queen Victoria in a letter dated 1893 clearly reflects the British design on the issue of cow protection movement. She wrote: “Though the Muhammadan's cow-killing is made the pretext for the agitation, it is, in fact, directed against us, who kill far more cows for our army, &c., than the Muhammadans.” Nonetheless, cow movements remained more or less anti-British campaign before and a decade after the creation of right-wing organisations like Muslim League and Hindu Mahasabha. Post 1920s witnessed a phenomenal rise in Hindu-Muslim antagonism due to the aggressive campaign of both the organisations struggling to gain mass support in their respective target communities. It was all for political gain, then and now.

Through this paper we argue that unlike the present-day politicians, the ruler and the ruled during ancient, medieval and early modern time but before British took the issue of ‘cow’ very compassionately and without vengeance. By maintaining conspicuous silence on cow vigilantism, the present-day regime is acting on the pattern of British style of governance. There is a total denial of India’s long history of pluralism to transform the image of India as “Cow Republic”.

This Article was first published here  . LiveLaw re-publishes this with the permission from the authors.