India Needs To Debate About Law On Adultery 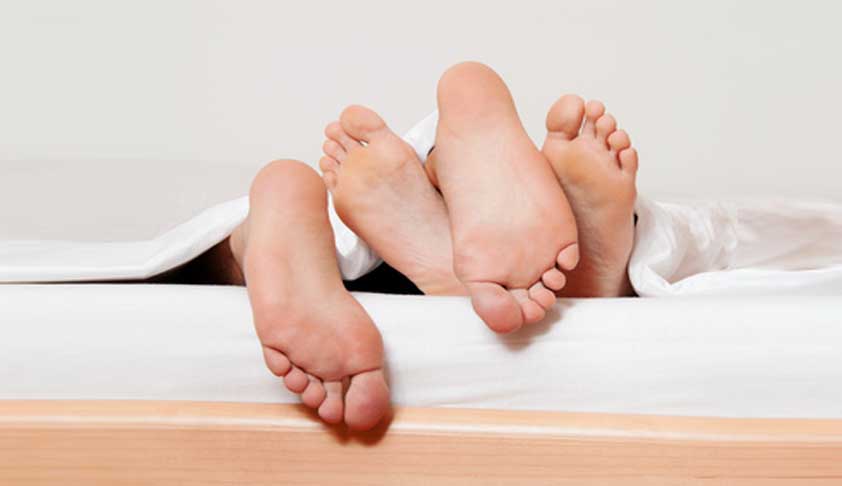 The recent discussions on the need for a Uniform Civil Code in India and to scrap the triple talaq system amongst Muslims have generated much heat. The government says that it is serious about gender discrimination.This makes me think that the time is ripe to attract attention of the nation on another plainly discriminatory law, one that cuts gender discrimination both ways. Let me explain....

The recent discussions on the need for a Uniform Civil Code in India and to scrap the triple talaq system amongst Muslims have generated much heat. The government says that it is serious about gender discrimination.

This makes me think that the time is ripe to attract attention of the nation on another plainly discriminatory law, one that cuts gender discrimination both ways. Let me explain. We are talking about the law on adultery in India.

Adultery generally means voluntary sexual intercourse between a married person and a person who is not their spouse. It is not a new concept to the world, on the contrary, it has existed in almost every recorded era.

This law on adultery discriminates against women, too, because while a married man can file a case of adultery, a married woman cannot file a case against the husband or against the woman with whom her husband slept. Let’s understand this law better and see how it is gender discriminatory on the face of it.

What Is The Law On Adultery In India?

It may be useful to first look at the bare language of the relevant legal provisions. Section 497 of the Indian Penal Code, 1860, says that:

"Whoever has sexual intercourse with a person who is and whom he knows or has reason to believe to be the wife of another man, without the consent or connivance of that man, such sexual intercourse not amounting to the offence of rape, is guilty of the offence of adultery, and shall be punished with imprisonment of either description for a term which may extend to five years, or with fine, or with both. In such case, the wife shall not be punishable as an abettor." [Emphasis supplied]

Section 198 of the Code of Criminal Procedure, 1973, says only the husband of the married woman, who had sexual intercourse with another man, could file a case against the male who indulged in the act with her.

The above two sections deals with the criminal offence of adultery. In India, adultery is also a ground for divorce under Section 13 (1) of Hindu Marriage Act, 1956.

So we are looking at a scenario, where if a man has sexual intercourse with a married woman with consent, only the husband of the said woman can file a case, that, too, against the man his wife slept with, and not against the wife herself.

In the eyes of law, there is no possibility that a woman can commit adultery, or file a case against her husband or another woman if she finds out that her husband is having sexual intercourse with another woman.

The implications of this law is that if a married woman has sexual intercourse with multiple men, all those men are liable to criminal charges being filed by the husband, except the woman herself. On the other hand, if the husband sleeps with several married or unmarried women, the wife cannot file a case against anybody on the ground of adultery. One wonders what, if any, is the basis for this discrimination amongst husbands and wives?

The adultery law in India is a throwback to the times when women were considered as property of their husbands. So, if a man sleeps with the property of another man, how dare he? A married woman, however, cannot challenge another woman, as to how dare she sleep with her husband.

Besides the gender discriminatory nature of the law on adultery in India, it is problematic for another reason. The legal system supports giving a short term and psychological outlet to the parties in a marriage to blame a third person for the breakdown of a marriage.

Is it right, one may ask, to hold an outsider legally responsible for the breakdown of marriage between the husband and the wife? If the wife does chose to sleep with a man outside the wedlock, is it okay for the husband to bring a case against the outsider, without looking at what’s possibly gone wrong with their marriage? If two people think that their marriage has broken down and that there is no hope in it, then they can always approach the courts for mutual divorce or divorce on the ground of adultery.

By allowing a legal case to be filed against an outsider, the legal system allows putting the blame on a third person which may be psychologically relieving in the short term for the parties, but may be damaging in the long term. Besides, the nature of evidence before the court of law to show that the wife has indeed slept with another man is dicey at best. The arguments before the court tend to become too personal leading to an exercise of washing dirty linen in public and results in further hampering of the relationship.

What Does The Judiciary Have To Say About The Law on Adultery?

The law on adultery was challenged before the courts and this is what the courts had to say:

In Yusuf Abdul Aziz v. The State Of Bombay (1954 AIR 321), the appellant, who was being sued for adultery, filed a case in the High Court at Bombay, to determine the constitutional inconsistency between Article 14 of the Indian Constitution (Right to Equality) and Section 497 of IPC.

He lost the case and, therefore, approached the Supreme Court in appeal. The Supreme Court was of the view that Section 497 is protected by Article 15(3), as it was made for the protection and uplift of women in the society.

Article 15(3) lays down: "Nothing in the Article shall prevent the state from making any special provision for women and children".

An argument was made about the difference in uplift of women and a licence to commit and abet a crime, but the court responded by saying that they were unable to read such restrictions in the clause.

Article 14 of the Constitution, which provides for equality before law and equal protection of law, Section 497 of IPC creates an irrational classification between men and women. The apex court held that “such arguments go to the policy of the law, not to its constitutionality, unless while implementing the policy, any provision of the Constitution is infringed”.

“The legislature is entitled to deal with the evil where it is felt and seen most. A man seducing the wife of another. Mrs. Chidambaram says that women, both married an dunmarried, have changed their lifestyle over the years and there are cases where they have wrecked the peace and happiness of other matrimonial homes. We hope this is not too right but, an under-inclusive definition is not necessarily discriminatory. The alleged transformation in feminine attitudes, for good or bad, may justly engage the attention of the law-makers when the reform of penal law is undertaken. They may enlarge the definition of adultery to keep pace with the moving times. But, until then, the law must remain as it is.” [Emphasis supplied]

Similarly, in V Revathi v Union of India (1988 AIR 835), the petitioner contended that the law creates a disability for a wife to file a case against the cheating husband or the woman her husband is cheating on her with. The apex court held:

“The community punishes the 'outsider', who breaks into the matrimonial home and occasions the violation of sanctity of the matrimonial tie by developing an illicit relationship with one of the spouses, subject to the rider that the erring 'man' alone can be punished and not the erring woman. It does not arm the two spouses to hit each other with the weapon of criminal law. That is why neither the husband can prosecute the wife and send her to jail nor can the wife prosecute the husband and send him to jail. There is no discrimination based on sex. While the outsider who violates the sanctity of the matrimonial home is punished a rider has been added that if the outsider is a woman she is not punished. There is thus reverse discrimination in 'favour' of the woman rather than 'against' her. The law does not envisage the punishment of any of the spouses at the instance of each other. Thus there is no discrimination against the woman in so far as she is not permitted to prosecute her husband.”

The court did not explain why discrimination amongst ‘outsider men’ and ‘outsider women’ is permissible. Why should ‘outsider women’ not be liable for prosecution, if ‘outside men’ can be? It also did not explain why the wife cannot proceed against the woman her husband slept with, just like her husband is able to proceed against the man she slept with. These are questions that the judiciary has not responded to thus far and has left it to the legislature to amend the law suitably.

The question that we must ponder upon is whether adultery should be a criminal offence or whether it is high time, that India, like many other countries decriminalise adultery. Should the legal system be regulating who one decides to sleep with? Should the legal system apply the rule differently to men and women? Or should the legal system only concern itself with allowing parties to move out of a relationship (through divorce) ,which is no longer based on mutual trust?

Here is a look at the stand of different countries on adultery. South Korea has decriminalised adultery, revoking a law that punished cheating spouses with up to two years' imprisonment. All European nations have decriminalised adultery. While it is not considered a criminal offence in most Western countries, it may still have legal consequences, especially in divorce proceedings. On the contrary, countries governed by the Islamic law, including Saudi Arabia, Pakistan and Somalia, strictly prohibit "zina", or "fornication outside marriage". Prosecutions are common and punishment can include ﬁnes, arbitrary detention, imprisonment, ﬂogging and in extreme cases, the death penalty.

Women are overwhelmingly targeted whereas the Sharia laws give a walk-away to men. Interestingly, adultery remains illegal in 21 states across the USA.

This difference in laws suggests the controversial and divided opinion on this issue.

India has to debate this issue and take its own stand. In doing so, it may, however, pay heed to the numerous calls given by the United Nations Organisation (UNO) to the governments to repeal laws that criminalise adultery, as these are predominantly used to discriminate against women.

The 42nd Law Commission report of India called for making the law on adultery gender neutral, by making it equally applicable to men and women. Whether we want to make the law gender neutral or scrap it all together is a debate that India needs to undertake. Avani Bansal is an advocate in Delhi and can be reached at [email protected].

Thanks to Aditya Anand, ICFAI University, Dehradun, for research assistance on this piece.