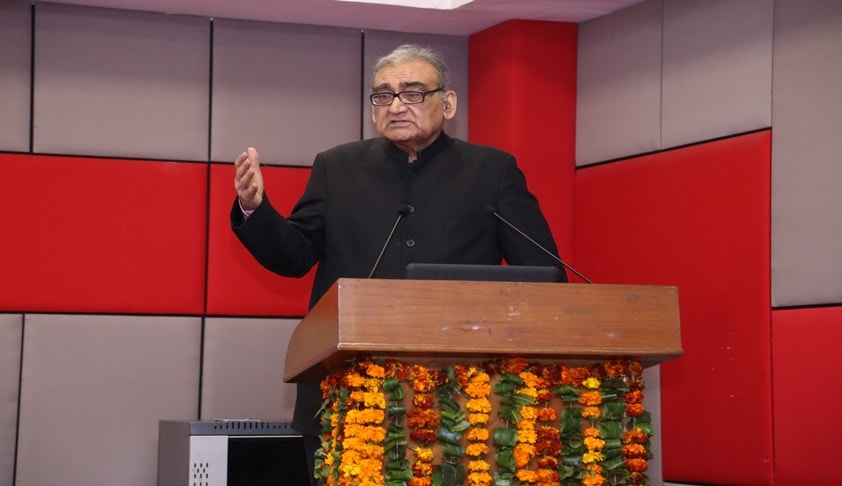 Subscription starts from
₹ 599+GST
(For 6 Months)
View Plans
Premium account gives you:
Subscribe Now
Already a subscriber?
Login
School of Law, Ansal University inaugurated its first ‘Tiffin Talk’ session on Monday 20th February, 2017 with Justice Markandey Katju as the Chief Guest. ‘Tiffin Talk,’ an intellectual knowledge sharing platform involving eminent public intellectuals as speakers, is a flagship academic outreach initiative of School of Law. Justice Katju while speaking on the occasion highlighted the inadequacies plaguing various public institutions including political apathy towards reform. He was quite vocal as he criticized the political system especially politicians for engaging in selfish activities. He urged the youth to change the system by initiating a political revolution in the larger interest of the country.  The existing system is corrupt and beyond reform according Justice Katju.

Urging the youth to take the reigns of the system as torchbearers of the future, Justice Katju reminded the audience about the need for pressing reform and the significance of youthful activism and leadership. India, according to Justice Katju is ripe for a political revolution that can potentially alter the status quo for the better.