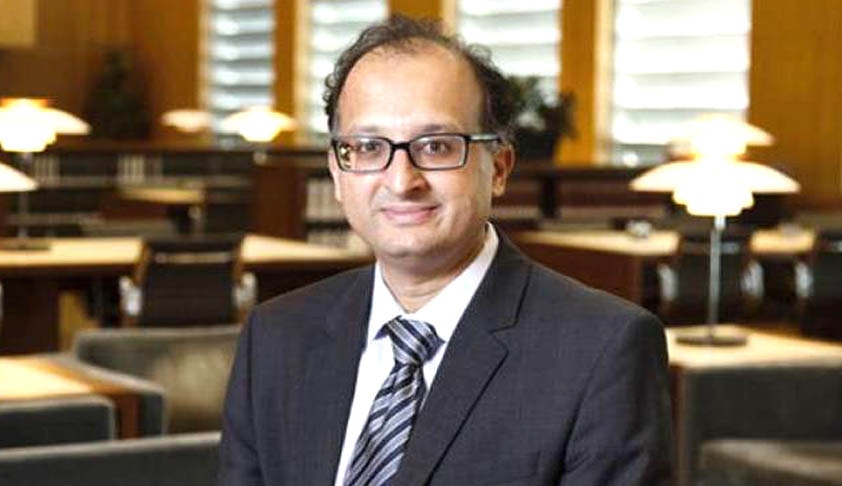 Mr. Sujit Choudhry, Dean of Berkeley Law School in California resigned on Thursday, after he was sued at the Alameda County Superior Court by his Executive Assistant for sexual harassment. A University spokesman was quoted as saying that Mr. Choudhry, the first ever PIO to head a law school in America, will remain a member of the school’s faculty “at present”, under the University...

Mr. Sujit Choudhry, Dean of Berkeley Law School in California resigned on Thursday, after he was sued at the Alameda County Superior Court by his Executive Assistant for sexual harassment. A University spokesman was quoted as saying that Mr. Choudhry, the first ever PIO to head a law school in America, will remain a member of the school’s faculty “at present”, under the University of California’s tenure policy.

Earlier on Wednesday, Mr. Choudhry had announced that he would be taking an “indefinite leave of absence” from his position. Soon after, he resigned in wake of a letter by the Berkeley law school alumni, demanding Mr. Choudhry’s termination.

“In light of Choudhry’s violation of multiple women at the Law School, the notion that he could continue to hold the position of Dean is unreasonable, laughable, and insulting--not only to the women in the Berkeley community, but also to the values that brought us to Boalt, values that tie generations of alumni together. Given his behavior and the impact it would undoubtedly have on his ability to effectively connect with and serve the Law School community, he was entirely unfit to hold the position of Dean. That the University and the Law School had not already reached this conclusion is, quite frankly, alarming,” the letter stated.

Students representing the Boalt Hall Student Association and the school's Coalition for Diversity in their ‘List of Demands’, had also demanded Mr. Choudhry’s immediate resignation as Dean and a faculty member.

UC Berkeley Chancellor Nicholas Dirks and Executive Vice Chancellor and Provost, Claude Steele said in a statement, “"We believe the dean's resignation is an outcome in the best interests of Berkeley Law and the university as a whole. At the same time we are under no illusion that a resignation could or even should bring this matter and broader, related issues to a close. It is clear, as we heard during our meeting with law school faculty this morning, that the initial decision not to remove the dean from his position is the subject of legitimate criticism.”

“We are sharply focused on this issue and committed to ensuring a supportive and safe environment for every single person on this campus. We will act quickly to generate action that will produce lasting change in our culture and practices. Tomorrow we will be reaching out to faculty leaders for their help in quickly putting all of these commitments into motion,” it added.

Mr. Choudhry’s assistant, Ms. Tyann Sorrell has alleged that Mr. Choudhry would regularly hug, kiss, and massage her, before she took a leave of absence as the school began looking into her allegations.

Ms. Sorrell claimed that when she told the supervisors, they initially failed to stop Choudhry, and instead tried to retaliate. “The hugs became tighter and more lingering and the kissing more intimate in that over time Choudhry's kisses began to land closer and closer” to her mouth, the Court documents filed by Ms. Sorrell reportedly stated.

“She wondered what she had done to make him think it was OK for him to touch her,” according to the documents. “She was worried about her reputation and what her work colleagues thought of her. At the same time, she worried about upsetting him and possibly losing her job, on which her family depended.”

The School’s office for the Prevention of Harassment and Discrimination (OPHD) had then concluded that the alleged actions were “unwelcome and of a sexual nature”. The OPHD’s report had noted that Mr. Choudhry had not disputed the conduct, but challenged their frequency. While Ms. Sorrell had alleged that the conduct occurred multiple times a day, Mr. Choudhry had submitted that it happened “no more than once or twice a week.”

The investigation report, according to NBC, also reveals that Ms. Sorrell had accused Mr. Choudhry of being “rude and demeaning”. He would demand that she bring him water and snacks, drop off and pick up dry cleaning, fax personal mortgage documents, and heat his tea, prompting Sorrell to tell him, “You know I’m not your maid”.

Mr. Choudhry was then disciplined with a 10-percent reduction in salary for one year and was required to write a letter of apology to Ms. Sorrell, the suit claims. It also says that the provost, Claude M. Steele, told Ms. Sorrell that he had considered terminating Mr. Choudhry but opted against it because doing so would “ruin the dean’s career”.