Why is the Indian Constitution not taught in Foreign Universities? 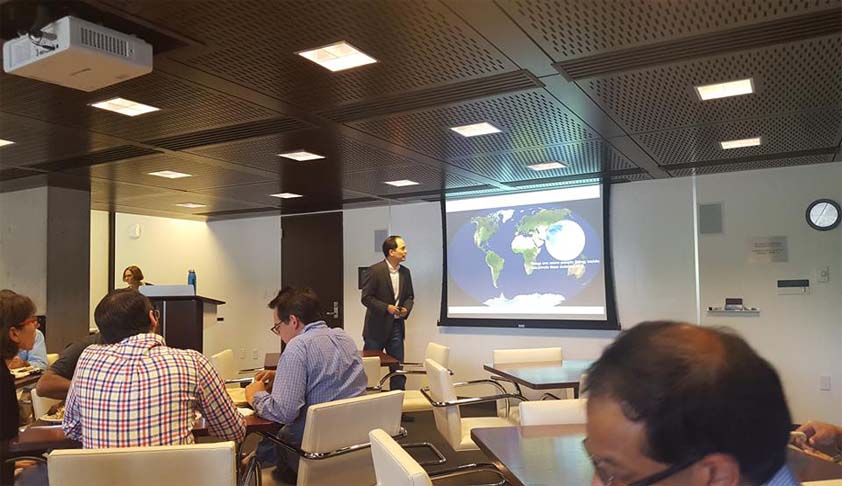 When H.M.Seervai published the Constitutional Law of India in 1970, it instantly became an authority on the subject. It subsequently went on to become the most enduring legal literary classics of all time. The Times Literary Supplement (London) wrote:“He has written a book which is unusually self-contained. No one can read it without acquiring both an adequate grasp of the legal aspects of...

When H.M.Seervai published the Constitutional Law of India in 1970, it instantly became an authority on the subject. It subsequently went on to become the most enduring legal literary classics of all time. The Times Literary Supplement (London) wrote:

“He has written a book which is unusually self-contained. No one can read it without acquiring both an adequate grasp of the legal aspects of the Indian Constitution and a clear understanding of the effect upon those aspects of the later amendments and, the successive judgments of the Supreme Court. . . . This is an excellent book, a credit both to its author and the general standard of learning which, the Indian legal profession may find just cause for pride”.

It is not that there are no enthusiastic academics, who are following the Indian Constitution. There are a host of eminent academics who are looking eastward. Prof. Thomas Ginsburg of the University of Chicago who co-directs the Comparative Constitutions Project, has written one of the most interesting books on comparative constitutions titled ‘The Endurance of National Constitutions, 2009’. This acclaimed book as one reviewer put it brought forth “an array of diagnostic strategies that shed light on what accounts for constitutional mortality… the design of institutions and the factors that contribute to, or undermine, their stability”. By that yardstick the Indian Constitution, assumes great significance given the fact that it is the only postcolonial experiment in constitutional democracy which has succeeded. Ginsburg’s other works, ‘Judicial Review in New Democracies’ (2003) and ‘Constitutions in Authoritarian Regimes’ (2013) obviously would have to compare India’s constitution which is the sole surviving democratic constitution in the developing world.

In June 2016, Prof. William Hubbard, after a stint in India presented his paper on the ‘Indian Supreme Court’ in the University of Chicago. He is currently working on the paper before it is published. Another India enthusiast is Prof Stephen G. Barnes of the Penn State University. There is great enthusiasm in the way the Supreme Court of India and the various High Courts function. It is of immense interest for these foreign academics to watch the Indian Supreme Court act as ‘an effective agent of politically progressive change’ and ‘furthering the interests of the relatively disadvantaged’. The wide range of issues of wide political and social implications such as ‘everyday lives of marginalized citizens on issues such as electoral corruption, communal riots, sex-selective abortion, caste discrimination, and the right to education’ is being followed.

Akhil Amar Reed of the Yale University is an eminent professor of India origin and the author of the acclaimed ‘America’s Constitution: A Biography’ (2005) and ‘America’s unwritten constitution: the Precedents and Principles We Live By’. Yet little is known in India about him. There is a exchange of information deficit both ways.

Despite the presence of these eminent professors who are evincing interest in our Constitution, there is virtually complete absence of Chairs and studies of Indian Constitution. The primary reason is the absence of funding for these chairs which require a significant endowement to support a full time professor and associated research expenses. It is strange that a country of 1 billion and a burgeoning business community has not been able to bolster interest in studies of the Indian Constitutional Law.

Contrast this with the Chinese presence in the world academia. More than 300 colleges in 90 countries which includes about 70 institutions in the United States, host Confucius Institutes, Centers of Chinese language and culture education and research funded by China’s government. This has enabled a huge presence and significant Chinese influence in International Universities. The Chinese policy has enabled dissemination of information of the Chinese political and judicial systems, language, culture and China-related conferences and symposiums.

This scarcity of Indian presence in the international academia as far as Indian constitutional studies is concerned can only be bridged by the efforts of the private sector and the government put together.