Indian Judiciary's take on Contempt of Courts: Revisiting the year 2015 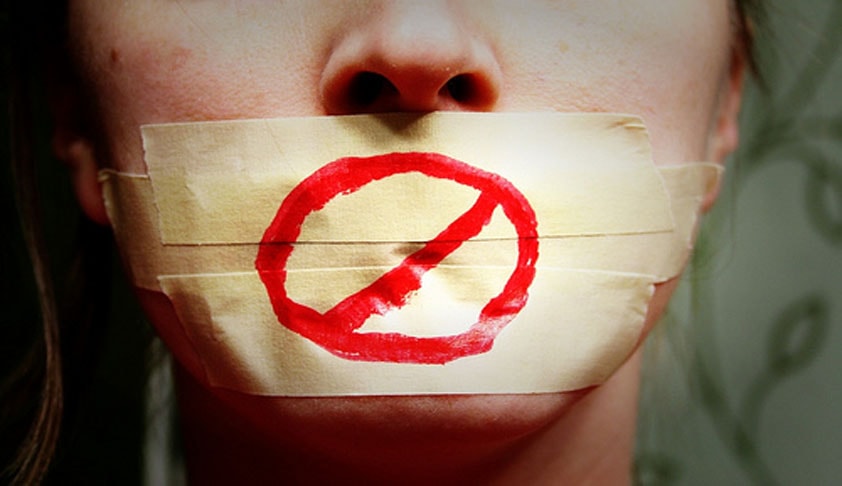 "The object of the discipline enforced by the Court in case of contempt of court is not to vindicate the dignity of the Court or the person of the Judge, but to prevent undue interference with the administration of justice." -Bowen, L.J. in Hellmore v. Smith (2) (1886), L. R. 35 C. D. 455. The object of conferring power to punish for its contempt on courts under contempt of courts...

"The object of the discipline enforced by the Court in case of contempt of court is not to vindicate the dignity of the Court or the person of the Judge, but to prevent undue interference with the administration of justice."

The object of conferring power to punish for its contempt on courts under contempt of courts Act, 1971  is to ensure that rendering justice shall be free from forces outside and nobody shall interfere with the administration of justice but on the other hand in a democratic structure, the people should have the right to criticise judges. The purpose of the contempt power should not be to uphold the majesty and dignity of the court but only to enable it to function.

The Indian judiciary in its landmark judicial pronouncement has always tried to establish the balance between Freedom of Speech and Court's power to punish for contempt. In Re: Vinay Chandra Mishra (the alleged contemnor) [AIR 1995 SC 2348], the Hon'ble Supreme Court reiterated the position of law relating to the powers of contempt and opined that the judiciary is not only the guardian of the rule of law and third pillar but in fact the central pillar of a democratic State. If the judiciary is to perform its duties and functions effectively and true to the spirit with which they are sacredly entrusted to it, the dignity and authority of the courts have to be respected and protected at all costs. Otherwise the very corner-stone of our constitutional scheme will give way and with it will disappear the rule of law and the civilized life in the society. It is for this purpose that the courts are entrusted with extraordinary powers of punishing those who indulge in acts, whether inside or outside the courts, which tend to undermine the authority of law and bring it in disrepute and disrespect by scandalizing it.

Contempt of Court in a Nutshell

Any act which hinders or impairs the judicial proceedings and interferes in the administration of justice constitutes Contempt of Court. Such act or conduct is dealt under the Contempt of Court Act, 1971. Section 2(a) defines contempt as both civil and criminal contempt. Civil Contempt, as per Section 2 (b), means willful disobedience to any judgment, decree, direction, order, writ or other process of a court or willful breach of an undertaking given to a court. Criminal Contempt has been defined in Section 2(c) which states that Publication of any matter or any other act which lowers or tends to lower the authority of any court or interferes or tends to interfere in the judicial proceedings or administration of justice.

Below is the series of cases that have added to the understanding of contempt of court.

This case revolves around the biasness in selection of civil judges on religious grounds. The Supreme Court stayed a controversial interim order passed by Madras High Court judge Justice C.S. Karnan, allegedly undermining the authority of High Court Chief Justice Sanjay Kishan Kaul. Staying Justice Karnan's order of April 30, 2015, passed in suo motu proceedings relating to the appointment of officers of lower judiciary, a Bench headed by Chief Justice H.L. Dattu ordered that the judge be restrained from either hearing or issuing any further directions in the case. You may find the stay order of the Supreme court here.

Holding 11 advocates guilty of unruly behaviour inside the court of Additional Chief Judicial Magistrate (ACJM) in Sonbhadra in 2013, the Allahabad High Court has sentenced them to three months in jail. The HC also slapped a fine of Rs 2,000 on them, failure to pay which would attract another two months imprisonment. A division bench of Allahabad High Court of Justices Sudhir Agarwal and Dinesh Gupta passed the order in a criminal contempt application against advocates Mahendra Prasad Shukla, then Secretary (DBA, Sonbhadra) and others. Read more about Allahabad High Court order here.

The High Court of Himachal Pradesh has come down heavily on a newspaper, for indulging in repeated misquoting and misreporting of the orders. A Division bench of Justices Rajiv Sharma and Sureshwar Thakur said that newspapers must report an order of the Court as it stands, instead of creating sensation. The bench has also directed the registry to draw contempt proceedings against the local correspondent of the daily edition of The Tribune and to issue notice. The court observed that this mis-quoting is prone to spread misinformation among the general public that the Judges have carved out a special privilege for themselves. Read the order here.

A contempt petition filed against Chief Justice of Madhya Pradesh High Court was dismissed by the High Court. A petitioner in Public Interest Litigation had filed the application alleging that certain utterances made by the Chief Justice A.M. Khanwilkar, while hearing the writ petition amounts to contempt. However the Division bench of Justices Rajendra Menon and K.K. Trivedi, who heard the application, said that the act of the Chief Justice as alleged in the contempt petition cannot be termed as contempt of Court. You may find the order here.

In this case the apex court stated that "Judges expect, nay invite, an informed and genuine discussion or criticism of judgments, but to incite a relatively illiterate audienece against the Judiciary is not to be ignored. What had landed Mr. Jayarajan in trouble was his use of Malayalam words 'shumbhanmar' (fool, idiot, dunce) and 'pulluvila' (of little value) and other usages in his remarks against the judges of the High Court during a public speech here on June 26, 2010. The Supreme Court upheld the conviction of Kerala CPM leader MV Jayarajan for calling state high court judges "idiots", but reduced the sentence from six months to four weeks. An apex court bench headed by Justice Vikramajit Sen upheld Jayarajan's conviction holding that he has no remorse for his utterances against high court judges. Read more about the judgment here.

A Verdict which has drawn attention of almost everyone where Allahabad High Court has convicted a lawyer for committing criminal contempt of subordinate Court and has sentenced him to undergo simple imprisonment of six months. Division bench of Justices Sudhir Agarwal and Shamsher Bahadur Singh has also restrained the lawyer from entering the High Court and District court premises for a period of three years.
In the said case the lawyer, had hurled abuses and made wild allegations of bribery and corruption against Reference Officer (Civil Judge) and threatened him of dire consequences when he would come out of the court after the court hours. Read more about the case here.

8. Court on its motion vs. Seema Sapra

The sentence was imposed on Seema Sapra by a Division Bench of Delhi High Court Comprising of Justice Valmiki J Mehta and Justice PS Teji in contempt proceedings originally initiated against her by a Bench comprising Justice Ravindra Bhat and Justice Vibhu Bhakru after she had accused Justice Vibhu Bhakru of corruption in open court. The Court found her guilty of committing contempt of court and sentenced her to one month imprisonment apart from imposing a fine of Rs.2000/-.The Court however stated that there can be no justification for baseless and reckless allegations made of corruption against the Judges as corruption is a very serious charge against the Judge and the institution of Court itself which scandalizes judiciary and interferes or tends to substantially interfere with the due course of justice if the allegation of corruption is unsubstantiated, and in fact not even remotely established. You may read more about the case here.

The Nagpur bench of Bombay High Court has rejected bail application Dr. Gokarakonda Naga Saibaba who was arrested for his alleged links with Maoists. Justice Arun B. Choudhari, while dismissing the bail application also directed registration of Criminal Contempt against the author Arundhati Roy for the article she had written in The Outlook criticising the non-granting of bail to the Professor. Read more about the case here.

You can read the criticism of this Judgment here and here

Delhi High Court initiated contempt proceedings against Superintendent AIIMS and Tihar Jail Superintendent due to non-following of the High Court directions. Hearing a plea of an ailing lady,      the Court on June 8 had ordered that she "will be taken by a specially equipped ambulance to AIIMS and be kept under observation there till her condition stabilizes." This order was not followed by the authorities, the Court on June 12, 2015 expressed its displeasure. Read more here

11. Court at its own motion vs. Ramamoorthy

Madras High Court closed the Suo motu contempt petition initiated against four Advocates for disrupting the Court proceedings in a District Court, after they submitted their unconditional apology as affidavits. The court also directed the Advocates to appear before the District Munsif cum Judicial Magistrate, Rameswaram, in open Court and tender their unconditional apology. A Division bench of Justices Satish K. Agnihotri and Dr.P.Devadass said that the Advocates, should not impede the running of the Courts, place bottlenecks on the road to justice.The court also asked Bar Council of Tamil Nadu and Puducherry to take strict disciplinary action as per the Rules and Regulations in case, if the Advocates indulge in similar disruptive activities in future. Read more here.

A Single Bench of Kerala High Court presided over by Justice Dama Seshadri Naidu has doubted the correctness of the judgment rendered by a Division Bench led by the then Chief Justice of Kerala High Court, Dr. Manjula Chellur in the case of Jyothilal K. R. v. Mathai M.J., reported in 2014 (1) KLT 147. The Division Bench had held in that case that the contemnor need not appear until a notice is given by the Division Bench. It had further directed the Single Bench to refer matters pertaining to contempt to the Division Bench. The Judgment in Jyothilal was criticized by senior lawyers and former Judges alike. Read more here.

The judiciary should not be totally vulnerable to all the attacks; neither should the judiciary be too sheltered from public criticism. An appropriate balance needs to be struck between judicial protection and judicial accountability which the Indian Judiciary has successfully maintained so far. Respect for the judiciary is the vital part of an affective rule of law. But respect cannot be enforced; it can only be earned.