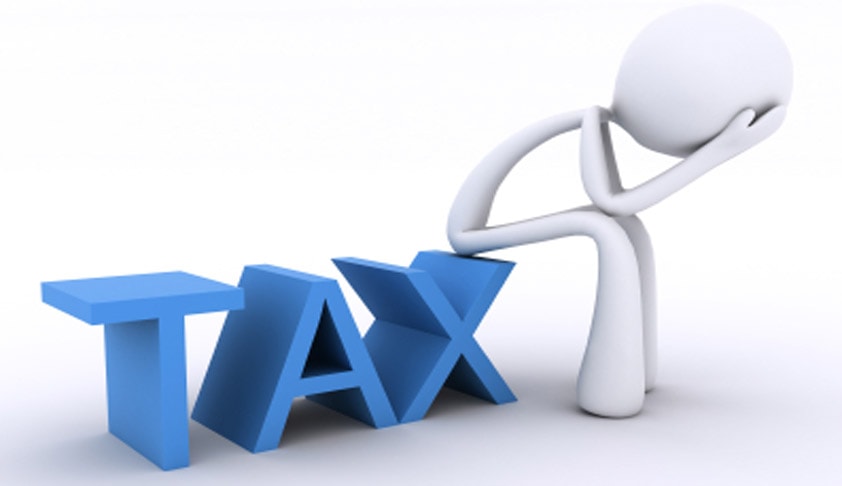 The trinity of Indian taxation regime consists of mounting tax litigation, dismal rate of prosecution, and failed tax amnesty schemes. Taking forward the age old legacy of amnesty schemes, from next month i.e., June 1, 2016, India is all set to witness yet another voluntary income disclosure scheme. The Finance Bill, 2016 stands passed by the Parliament has given green signal to the...

The trinity of Indian taxation regime consists of mounting tax litigation, dismal rate of prosecution, and failed tax amnesty schemes. Taking forward the age old legacy of amnesty schemes, from next month i.e., June 1, 2016, India is all set to witness yet another voluntary income disclosure scheme. The Finance Bill, 2016 stands passed by the Parliament has given green signal to the Income Declaration Scheme, 2016 (IDS, 2016) which will remain open for four months. In other words, once again time for theatrics to nab tax evaders, generation of decibel and plenty display of patriotism and symbolism. The IDS, 2016 is almost a verbatim reproduction of last year's foreign black money compliance window, with only one difference that it intends to go after domestic black money. Merely looking at this repeated initiative of Indian Govt., one may be mislead to believe in the success and sagacity of these schemes. Unfortunately, it is not so.

The Indian amnesty schemes suffers from three kinds of deficiencies i.e., lack of palpable coercion, lack of sufficient incentive and lack of response. First, international experience shows that success of any amnesty scheme hinges directly upon the deterrent factor which in turn depends on quality of evidence taxation authorities possess. This rationale applies likewise in taxation laws as well as anti-trust laws. Several committees in the past have strongly denounced tax amnesty schemes because there is no dearth data available with the department which can otherwise lead to prosecution of the tax evaders. Even the Tax Administration Reforms Commission Report (TARC Report) reaffirmed this position. While this is true, but the flip side of the coin is that these data are mostly scattered across several investigative agencies and requires due processing to join the dots. Unfortunately, lack of data mining and co-ordination inter-se investigative agencies have been the dual hallmarks of the revenue department which finally results in gathering heaps of data yielding nothing. Moreover, the abysmal prosecution rate in India in tax evasion is an open secret. Secondly, unlike the previous schemes, both the last year scheme and the IDS, 2106 imposes penalty on the applicants. Under the black money compliance window, the taxation rate was 60% and in IDS, 2016 it is fixed at 45%. Besides, the immunity is limited only to Income Tax Act, 1961 (IT Act), Wealth Tax Act, 1957 (WT Act) and Prevention of Benami Transactions (Prohibition) Act, 1988 (Benami Act) and that too subject to certain conditions. An applicant does not enjoy immunity under several other legislations like Black Money (Undisclosed Foreign Income and Assets) and Imposition of Tax Act, 2015; Conservation of Foreign Exchange and Prevention of Smuggling Activities Act, and so on. The VDIS 1997 had a great scope of manipulation in terms of valuation of assets which encouraged some participation. The present schemes have no such loopholes and requires valuation of assets on the basis of fair market value. Thirdly, as far as the last attribute is concerned, if one looks at the collection statistics from the entire chain of tax amnesty schemes starting right from 1951, 65, 75, 81, 85, 87, 88, 91 and the much talked about VDIS 1997, one would end up drawing only one conclusion that Govt. has been repeatedly expecting largesse from the tax evaders. The last year foreign black money compliance window remained opened for three months witnessed declaration (net tax collection was Rs 2500 crore) of merely Rs 4147 crore of undisclosed income. Compared to this, far better has been the outcome of the LPG cylinder subsidy 'Give it up' campaign which witnessed around 1.13 crore customers coming forward voluntarily resulting in savings of Rs 5,000 crore for the Govt. Although no one knows the quantum of the funds stashed in tax havens, but by any parameter this collection doesn't constitute even a tiny dot in the ocean. The FM tried his best to create an air of compliance by selling the threat of forthcoming Automatic Exchange of Information Regime (AEIR) but there were hardly any takers. In plain language, the scheme miserably failed. Moreover, the abysmal prosecution rate in India in tax evasion is an open secret. Given these facts, still expecting recalcitrant tax evaders to come forward is nothing short of a preposterous expectation. The Central Board of Direct Taxes (CBDT) in its point wise replies on the implementation of the TARC recommendations clearly mentioned that there was no such scheme in contemplation. But our policy makers have a knack of adopting contrary stand by brushing aside all wise recommendations. Inevitably, we land up in a situation where these seasonal tax amnesty schemes gives confidence to practice tax delinquency, but absence of threat fails to compel them to come forward. In sum, a double whammy for us.

The expression 'amnesty scheme' has always been a subject of dispute. The present FM has exercised due caution and repeatedly emphasised that these disclosures schemes should not be construed as amnesty schemes. This is obvious to comply with the undertaking filed by the Govt. of India in 1998 before the Supreme Court in the Income Tax Practitioner's Appeal case. It is true that earlier schemes till 1997 did not require payment of penalty unlike the 2015 and 2016 disclosure schemes. But, it also cannot be denied that both last year and IDS, 2106 gives immunity to tax evaders from prosecution under certain legislations (discussed above) upon payment of tax at the stipulated rate. After all, the name and nomenclature of the scheme is not the deciding factor but the intent is. After all, it would be utterly useless to design a scheme sans any element of official pardon. Therefore, the IDS, 2016 clearly qualifies as tax amnesty scheme irrespective of the facade of penalty provisions.

While the constitutional validity of these schemes remain questionable, the larger issue is elusive rationale behind them. The irony is that while India has expressed its commitment to promote transparency in financial transactions in several G20 Summits, yet it's long standing romance with amnesty schemes continues. When the threat of AEIR could not drive home the errant tax evaders, the Govt.'s optimism with the outcome of IDS, 2016 seems only pretentious. The IDS, 2016 was placed under the chapter of 'Ease of doing Business and Dispute Resolution' in the Explanatory Memorandum to the Finance Bill, 2016. This certainly cannot be a case of inadvertent misclassification, but only shows Govt.'s pro-business approach at any cost. Indian tax amnesty schemes hold an unique position where it certainly promotes tax delinquency yet fails to attract applicants who look at these schemes as by-standers knowing that when they can get away with it why to opt for it. The story of Indian tax amnesty schemes can be summed up as no carrot-no stick situation serving no purpose whatsoever. Sudipto Banerjee is a Senior Legal Editor with Taxindiaonline.com